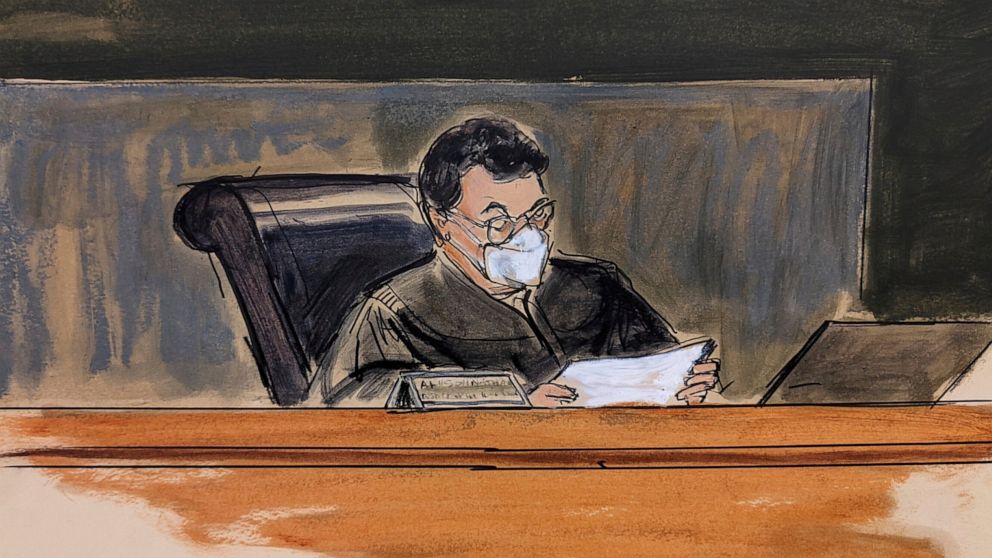 NEW YORK — A U.S. judge was set Tuesday to question one of the jurors who convicted the British socialite Ghislaine Maxwell of helping the millionaire Jeffrey Epstein sexually abuse teenage girls.

Maxwell’s lawyers say the verdict should be thrown out over the juror’s apparent failure to disclose before the trial began that hed been a victim of childhood sexual abuse.

U.S. Judge Alison J. Nathan intends to ask the juror why he failed to note his personal history on a questionnaire during the jury selection process.

Maxwell’s lawyers potentially could have objected to the mans presence on the jury on the grounds that he might not be fair to a person accused of a similar crime.

Maxwells sentencing is scheduled for June.

The juror, identified in court papers only as Juror No. 50, did several media interviews after the trial in which he revealed he’d been abused. He described persuading some fellow jurors during deliberations that a victims imperfect memory of abuse doesnt mean it didnt happen.

All potential jurors in the case had been asked to fill out a screening form in early November that asked, Have you or a friend or family member ever been the victim of sexual harassment, sexual abuse, or sexual assault? (This includes actual or attempted sexual assault or other unwanted sexual advance, including by a stranger, acquaintance, supervisor, teacher, or family member.)

The juror checked No.

The juror said in the interviews he flew through the questionnaire and didnt remember being asked that question, which was No. 48 on the form.

Prosecutors said they expect to offer the juror immunity in return for his testimony. His lawyer said the juror would have invoked his Fifth Amendment privilege without it.

Defense lawyers for Maxwell asked the judge to immediately order a new trial, but she said she could not do so without questioning the juror.

Nathan also checked No on a question which asked: Have you, or any of your relatives or close friends, ever been a victim of a crime?

Maxwell, 60, was convicted of sex trafficking and other charges after a monthlong trial that featured testimony from four women who said she played a role in setting them up for abuse by Epstein.

Epstein killed himself in August 2019 as he awaited trial at a federal jail in New York on related sex trafficking charges.

Dynabook’s new Portege laptops want to send you back...

Days Gone 2 would have fixed the first game’s...

‘A Strange Loop’ wins the Tony Award for best...

‘I’m terrified I might be here forever’: Britney Griner...

The Ashes: England and Australia draw match as Anderson...

On student loans, Biden doesn’t have an answer yet

Markets must adapt to lack of Russian, Ukrainian commodities,...

Sven Henrich on the Markets (Radio)

Elon Has a New Bot Excuse

Trump’s influence on GOP tested as voting ends in...

Judge Zip-Tied, Shot by Militia Member Who Had Whitmer...

EU's Plan to Wean Itself off Russian Oil and Gas