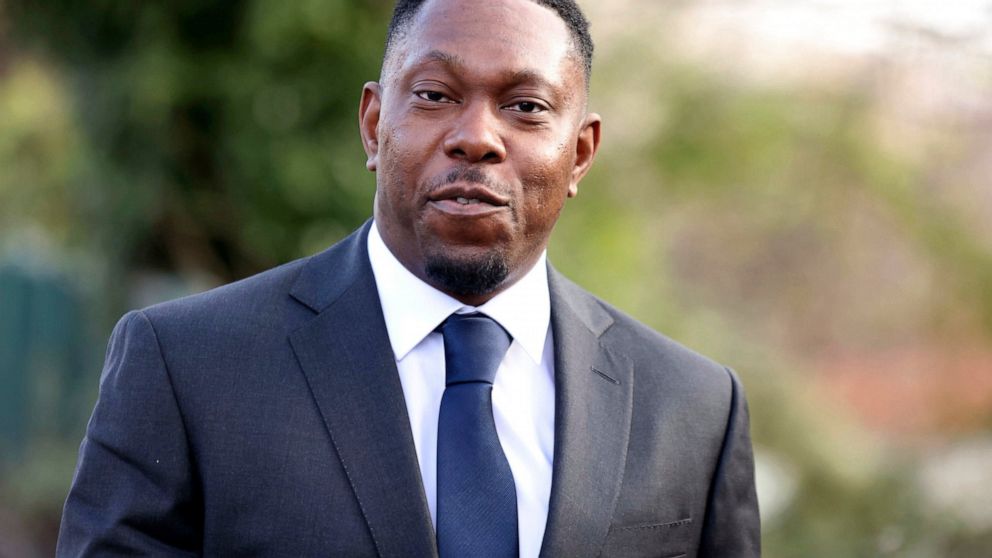 LONDON — British rapper Dizzee Rascal was convicted Monday of assaulting his former girlfriend, then smashed a press photographers camera outside the courthouse minutes after a jury found him guilty.

The 37-year-old musician, whose full name is Dylan Kwabena Mills, had denied headbutting Cassandra Jones at a home in south London in June.

Prosecutors said he pressed his forehead against hers and pushing her to the ground during a chaotic argument that began over custody arrangements for their two children.

When police, called by neighbors, arrived, Mills said Im the aggressor, but later gave a prepared statement in a police interview, denying the allegations and claiming Jones had assaulted him.

After the guilty verdict, Mills left Wimbledon Magistrates Court, grabbed a camera from Press Association photographer James Manning and threw if across the street, before walking away.

Dizzee Rascal released his debut album, Boy in Da Corner, in 2003 and was among the first breakout stars from the distinctly British genre of hip-hop known as grime. His hits include Bonkers and Dance Wiv Me.

He is due to be sentenced for assault on April 8. Why fewer states than ever could pick the next...

3-month-old boy dies after being left in hot car

The popping of China’s housing bubble has its biggest...

Bank of England poised for another big interest rate...

Global energy crunch is making gas too pricey for...

Embryonic Research Could Be the Next Target After Roe

Elon Musk must close Twitter deal by end of...

July border arrests decrease but expected to total a...

Video Game Trade Show E3 Will Be Missed This...

How private equity firms have quietly taken over health...

Why the Philippines Is Southeast Asia’s Best Kept M&A...

Hitting the Books: Lab-grown meat is the future, just...

Is Cowboys’ Dak Prescott feeling the pressure from Cooper...

Behind the scenes with FOX NFL Crew: National Tight...

Remains of collapsed tower in Iran fall during demolition

UK economic plans are not a gamble – minister

Flowers placed at Uvalde town square in memorial for...

Parents will be dominant voice in midterms after Democrats...

Federal trial of Arbery’s killers is the first to...

Bank of England to raise rates by 25bps on...

How three WNBA players balance careers and motherhood: ‘It...

The history of the iPhone SE