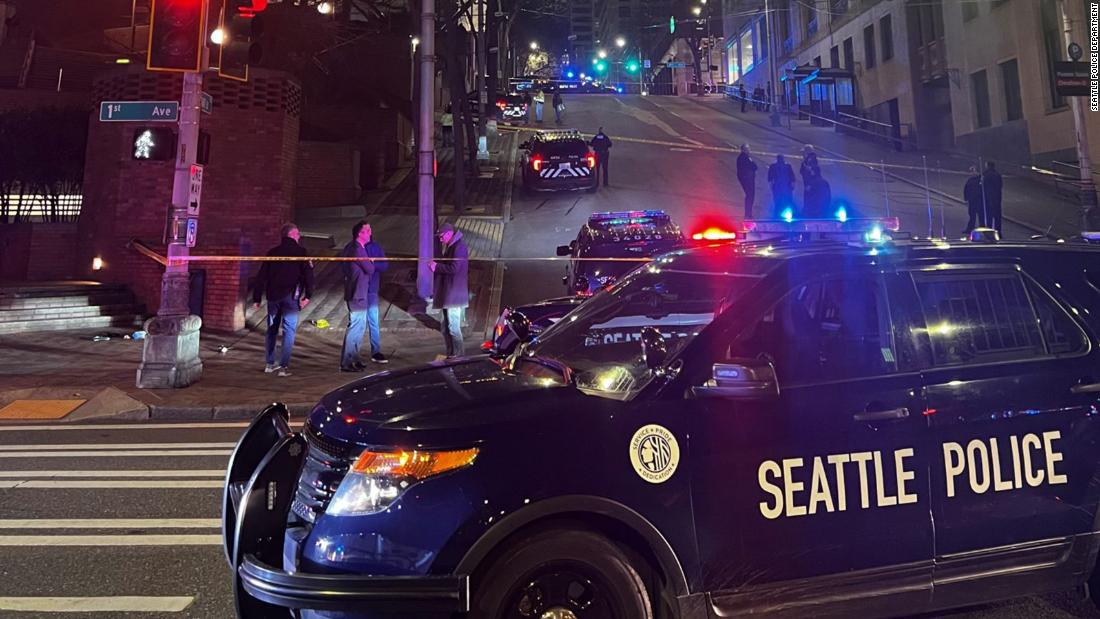 (CNN)Seattle police officers fatally shot a man Saturday who “reportedly rammed his car into the Federal building and fired a rifle downtown,” the police department said.

Police responding to multiple 911 calls reporting gunshot sounds Friday evening found the man “where he had crashed his vehicle into the Federal building,” the Seattle Police Department said in a release.

Officers tried to speak with the reportedly still-armed man, according to the release, and “for reasons that remain under investigation, opened fire striking the suspect.”

The man died at the scene. Police have not released his identity.

The police department’s Force Investigation Team is investigating the shooting, according to the release. Representatives of the Office of Police Accountability and the Office of Inspector General also responded to the scene. Couple Together for 40 Years Finally Wed in Hospital...

Asthma: Women twice as likely to die from attack,...

Florida Man Found With Explosive Device Near Rally for...

Mexico president says no country should be excluded from...

Bill Maher: Today’s GOP ‘would be thrilled’ to have...

The sport of Olympic pin trading

Australian Open: Daniil Medvedev into second round at Melbourne...

Using the Science of Finance for Better Retirement (Podcast)

How my pregnancy led to a life-changing diagnosis

‘Atlanta’ to end with season 4; Donald Glover has...

A New Tool for Finding Dark Matter Digs Up...

US skater Vincent Zhou to perform in Olympics closing...

Alibaba and Tencent added to US ‘notorious markets’ list