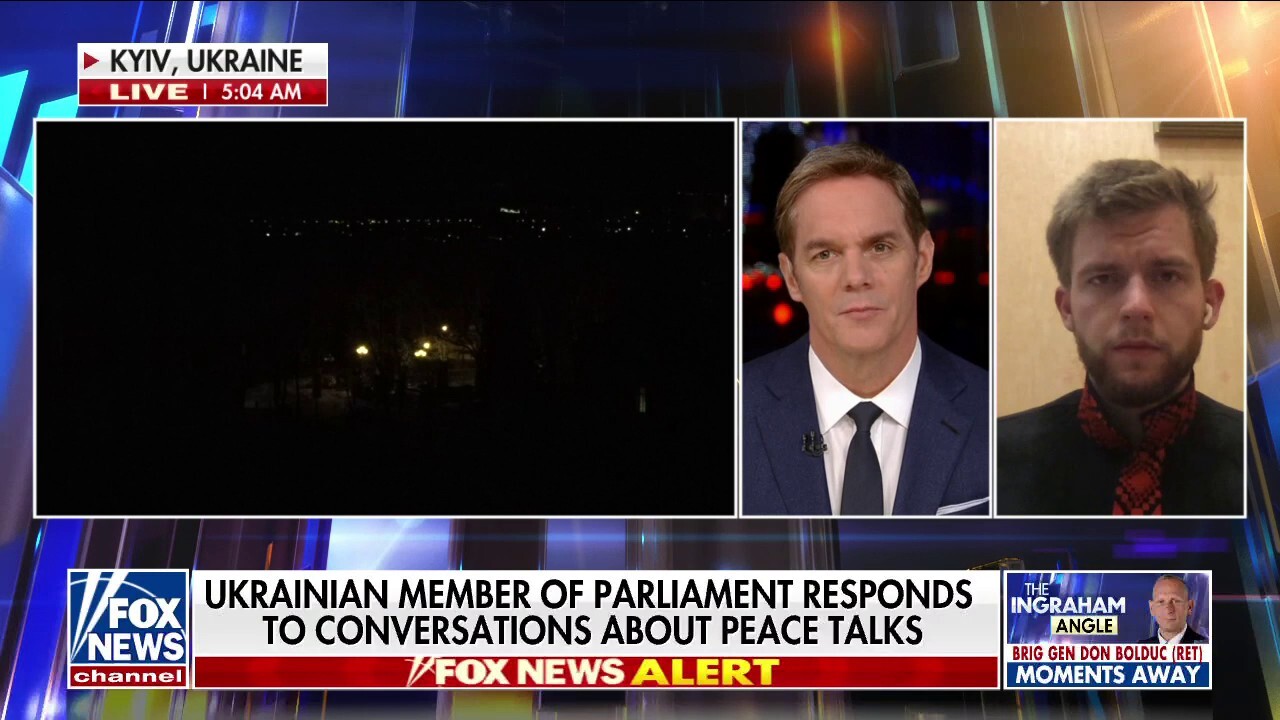 SVIATOSLAV YURASH: These talks are basically, from what I can see from Russian demands, are a mirage. Russians [have been] trying to essentially from the very beginning destroy our sovereignty, our independence, our will to become [an] independent nation. And they demand things which will never pass These are things that basically destroy any chance for Ukraine to be its own state. So as far as conversation there, I would point to these peace talks. We need to give them their bodies, and we have so many Russians [who] died already in Ukraine. The transfer of these bodies needs to be organized, and that’s something to discuss [in] these negotiations. Also, we have hundreds of their P.O.W.s, and they have some of ours. We need to talk about that, too. But as far as the actual ending to the warfare, unfortunately [the] Russians aren’t giving it a chance.

[T]hey have been shelling that biggest nuclear power plant in Europe. The fact of the matter is, this is the way of them to [try] to hold Europe hostage. To say, “You do anything, and we will blow this up. We will show you what [it] actually is [like] to fight with the Russians.” Essentially, that’s the reality of what’s happening. They have been reportedly mining the nuclear station. I’ve seen reports of that account. And the point is this will be their chip in their negotiations not with us, but with Europe trying to tell it to basically pull back. RBI to raise rates again in June but not...

Snow and ice blast through the South in powerful...

Bring out the soapbox. We’re all ears.

Forspoken delayed so the team can ‘polish the game’

‘Anything Goes’ to steam into U.S. movie theaters in...

EXPLAINER: What’s at stake for China on South Pacific...

5 things to know about the controversial Beijing Olympics

Rams celebrate Super Bowl win, a proposal and a...

The Sundance Film Festival is back and online once...

Elon Musk taking over Twitter ‘would amount to effectively...

Mexico to Review the Capital’s Airspace as Safety Concerns Mount

Biden faces several challenges as he marks one year...

Airtel launches Xstream Premium app- We give you its...

Rick Scott on putting US troops in Ukraine: ‘I...

Zelenskyy appeals to crowds via video at pro-Ukraine rallies across Europe: 'Please...