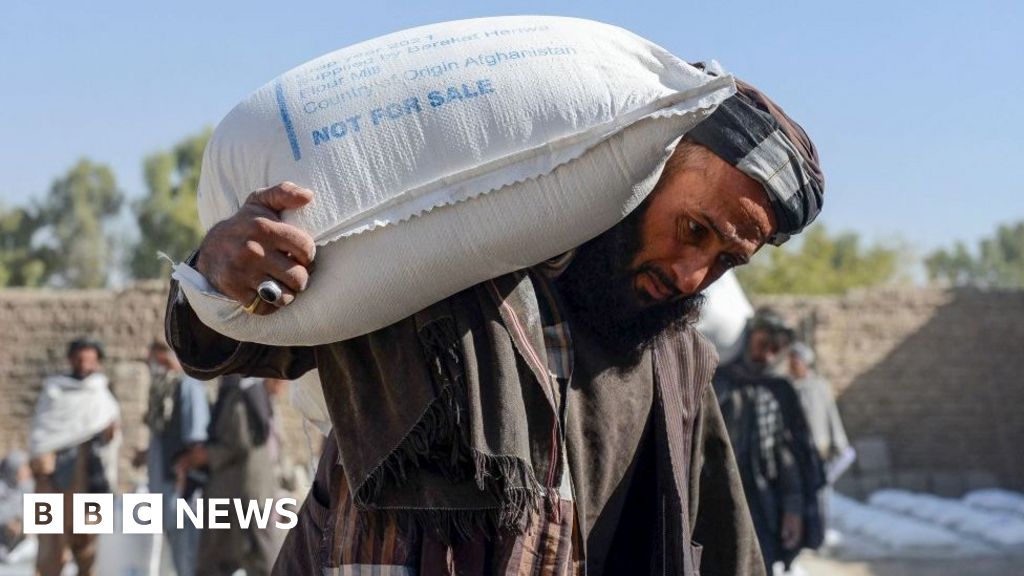 A group of MPs say they are “ashamed” at the support offered to aid workers in Afghanistan, following the UK’s withdrawal from the country last year.

A report by the Commons International Development Committee found ministers were too slow to provide help to humanitarian workers and Afghans.

The committee also warned some of the same mistakes were being repeated in the current crisis in Ukraine.

The government said it had evacuated thousands of people from Afghanistan.

In August last year, the Taliban seized control of the country, after foreign troops pulled out.

The withdrawal of British and other Western troops brought an end to their 20-year military involvement in Afghanistan.

The International Development Committee acknowledged the “scale of the humanitarian response required” after the militant group’s rapid and “unprecedented” takeover.

However, its report said some Afghan aid workers – who were at risk of reprisals from the Taliban for working with the West or advocating the freedoms of women and minority groups – felt “abandoned” by the UK government.

It added that UK schemes “do not adequately support” those who wanted to come to the UK.

The report called on the government to accelerate its Afghan resettlement scheme and ensure aid workers were explicitly recognised and prioritised.

While the committee said ministers had pledged “significant sums of aid” since the UK’s withdrawal, it said the way it had been released had been “excruciatingly slow”.

The committee’s chairwomen, Labour MP Sarah Champion, said: “We are deeply grateful to aid workers – be they British, Afghan or of other nationalities – for all they have done for the people of Afghanistan. The work that they do is phenomenal.

“But we are ashamed that the government did not give them the support that they needed during the UK’s withdrawal, or now, during the complex task of delivering an aid programme under Taliban rule.”

Image caption, The committee says mistakes are being repeated in response to the humanitarian crisis in Ukraine

The committee also warned the government was making some of the same mistakes in its response to the Russian invasion of Ukraine.

It said this included being “inflexible” and “begrudging” in its approach, by only making limited concessions on pre-existing UK immigration routes and failing to provide sufficient clarity on what routes were available.

It also accused the government of “dragging its feet” in setting up new or variations on existing routes for people who wanted to come to the UK.

A Foreign, Commonwealth and Development Office spokesperson said the government had distributed £261m in aid in Afghanistan this financial year and had already announced £220m in aid for Ukraine.

“We evacuated more than 15,000 people from Afghanistan within a fortnight and have already announced an immigration programme for Ukrainians to come to the UK,” the spokesperson added.

The government has faced some criticism for not doing enough to help Ukrainian refugees. Labour has called for anyone fleeing the conflict to be able to come to the UK on an emergency visa, with normal conditions – other than biometrics and security checks – lifted.

More than one million Ukrainians have now fled the country since Russia’s invasion began last week, according to the United Nations, with most heading for neighbouring countries.

America is on edge, and that’s bad news for...

Best deals on mattresses in 2023 ahead of Presidents’...

Catalytic converter theft increasing across the country in 2022

Gun permit applicants in NY have to reveal social...

Cybersecurity researchers trace Lapsus$ attacks to a teenager from...

Live from the New Jersey Institute of Technology (Podcast)

Hackers are using fake apps and wallets to steal...

NASA spacecraft closes in on asteroid for head-on collision

Live updates: No vaccine in US means quarantine in...

The Big Short in Japan

‘Sex for rent’ ads to be banned in Online...

Livingston: Can David Martindale’s side beat rivals to third...

The Uplift: Grandpa grad and a date for the dance

A former Colorado police officer who was accused of breaking an elderly...