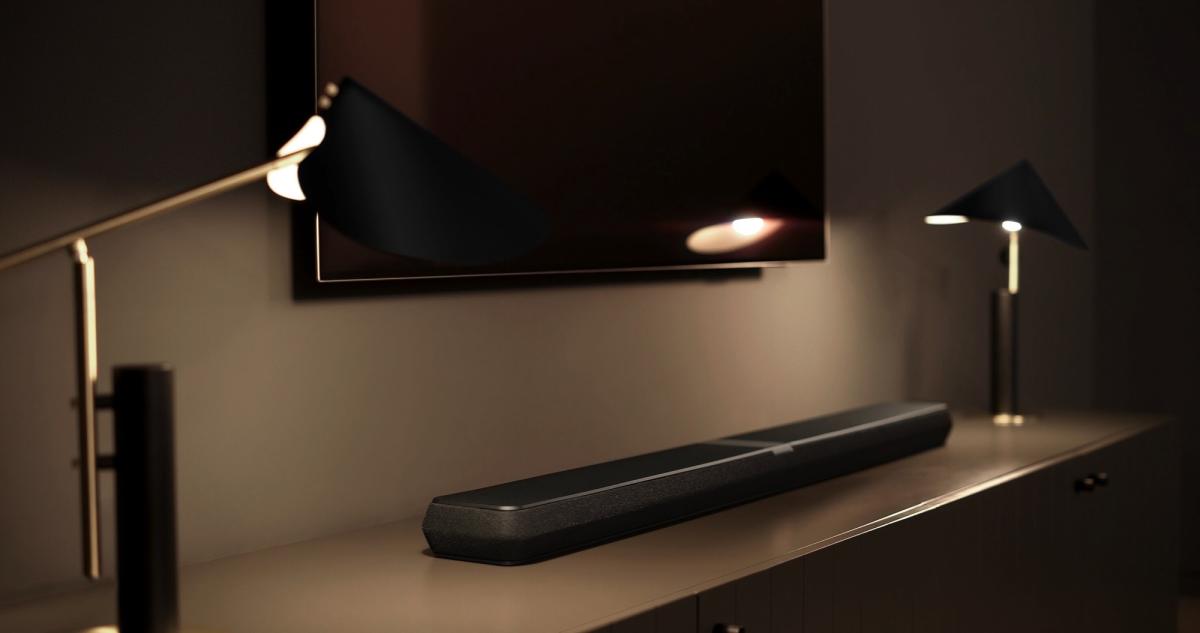 Bowers & Wilkins is no stranger to soundbars, but the company’s lineup over the years was missing one key feature: Dolby Atmos. Across two Panorama models and the Formation Bar, the immersive audio format wasn’t yet supported by the company’s soundbars. It’s changing that today with the Panorama 3: a $999 all-in-one model that features up-firing drivers for Atmos alongside a host of other handy features for music and movies.

Inside the low-profile angular design, a collection of 13 drivers harness 400 watts of total output in 3.1.2-channel configuration. That includes three tweeters, six mid-range, two subwoofers and two up-firing units. The company says that this combination allows the Panorama 3 to function as a standalone setup with “room-filling sound.” In other words, Bowers & Wilkins doesn’t think you’ll need a dedicated wireless subwoofer parked adjacent to the soundbar, similarly to how Sennheiser designed its pricey Ambeo model.

The Panorama 3 connects to your TV via a single HDMI eARC jack, or for older displays, there’s an optical port as well. An Ethernet connection provides wired internet while AirPlay 2 and Spotify Connect offer wireless control for music via your phone or other devices. The Panorama 3 supports aptX Adaptive, AAC and SBC codecs when it comes to Bluetooth audio and the company’s app pipes in tunes from Deezer, Last.fm, Qobuz, Soundcloud, Tidal and TuneIn. Support for more streaming services is on the way, according to Bowers & Wilkins.

The company also says multi-room audio will arrive “shortly after launch” which will allow you to use the Panorama 3 in unison with other Bowers & Wilkins speakers around your home. This soundbar has Alexa built-in for voice control or you can reach for the “hidden until lit” capacitive touch buttons on the top of the speaker itself if the remote (or your phone) isn’t nearby.

The Panorama 3 is available starting today for $999. That may seem like a lot, and it is certainly a big investment, but that price is a few hundred less than the current flagship Atmos soundbar from Sony.

3 arrested after passerby attacked by neo-Nazis in Florida

Meta’s Workplace will integrate with WhatsApp later this year...

Glenstone unveils a monumental Richard Serra, in a custom-built...

There’s Still Limit to How Much In-Person Socializing Many...

Carlyle Is Said to Explore Offer for OMV Oil...

The lowdown on the slowdown

Estelle Harris, known for role on ‘Seinfeld,’ has died...

Sam Bankman-Fried borrowed $546M from his hedge fund to...

Eileen Gleeson ‘has to step down’ as Glasgow head...

Fearsome spinosaurus wasn’t the scourge of prehistoric seas after...

Nobel Prize for chemistry awarded to three scientists for...

‘God of War: Ragnarok’ is bigger but not massively...

Niantic is laying off about 90 employees and canceling...

Police in Texas kill a man who fired his...

NFL receiver charged with assault for shoving worker on...

Paying down debt vs. investing: How to decide

Google delays move away from cookies in Chrome to...

The Morning After: Elon Musk says he’ll step down...

Tory leadership debate: Highlights from Our Next Prime Minister