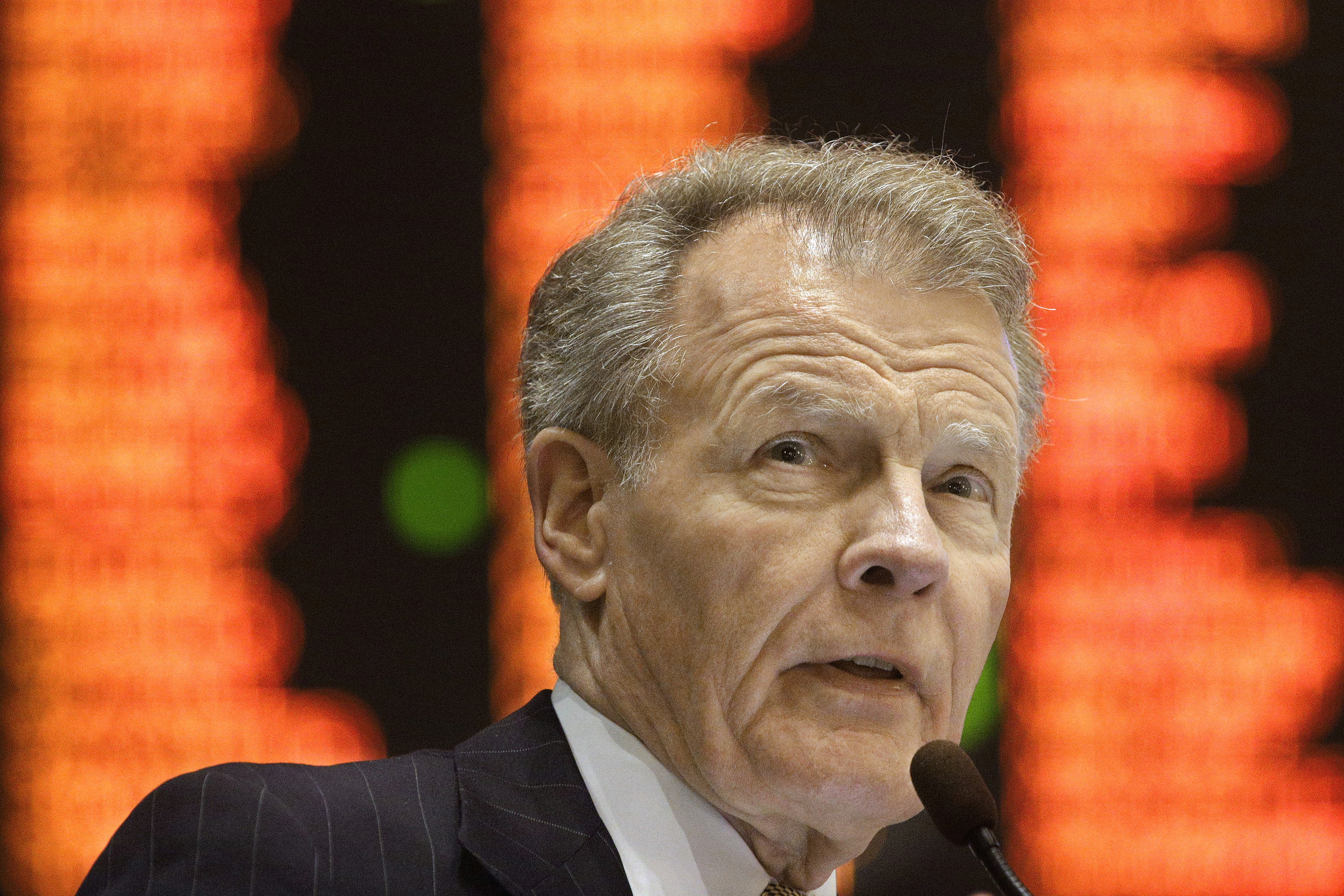 The 106-page indictment comes two years after a federal grand jury took up the case, according to Lausch. The document also refers to the Madigan Enterprise, detailing how it included efforts to exercise, preserve and enhance the former speakers position and wealth while rewarding his allies and political workers for their loyalty. In a particularly damning declaration, the federal filing says the scheme was used to generate income for members and associates of the enterprise through illegal activities.

Its all part of a long-running scandal thats kept Democrats on edge for ages. The cloud of machine politics around Madigan was darkened by the investigation before crystallizing last year: After nearly four decades as speaker, members of his own caucus turned on Madigan when the federal probe was revealed and Republicans weaponized the investigation to attack other Democrats in the 2020 election.

Madigan denied wrongdoing Wednesday. I was never involved in any criminal activity, he said in a statement. The government is attempting to criminalize a routine constituent service: Job recommendations. That is not illegal, and these other charges are equally unfounded.

But top figures in the party embraced the charges.

Illinois Gov. JB Pritzker, a billionaire Democratic political outsider up for reelection this fall, condemned the actions spelled out by the U.S. attorneys office.

An indictment of this magnitude is a condemnation of a system infected with promises of pay-to-play, and the era of corruption and self-dealing among Illinois politicians must end, the Democratic governor said in a statement. The conduct alleged in this indictment is deplorable and a stark violation of the publics trust. Michael Madigan must be held accountable to the fullest extent of the law.

And Republicans celebrated the indictment against their leading political foil.

Illinois Senate Minority Leader Dan McConchie praised federal investigators in a statement Wednesday for rooting out public corruption in Illinois. Still, he said, the people of Illinois shouldnt have to rely on the feds to continuously clean up the states mess.

Madigan is charged with soliciting and receiving bribes, using his power as speaker to cause third parties to financially reward him and those in his favor, using threats, intimidation, and extortion to solicit benefits from private parties, and using facilities of interstate commerce to further the goals of the enterprise.

The indictment says Madigan tried to finagle transferring a piece of state-owned land in Chinatown into commercial property, which his property tax law firm could handle.

The federal filing also refers to the Commonwealth Edison utility overlooking requirements such as grade-point average for interns that were recommended by Madigan to the company.

ComEd has already admitted in previous court filings that it secured jobs and contracts through associates of Madigan. In 2020, the company agreed to pay $200 million in a settlement to defer prosecution, though that agreement did not rule out any individual being charged.

For his part, McClain is accused of making unlawful demands on Madigans behalf to corporate executives and lobbyists for jobs and payments to Madigans political allies, political workers and associates, according to the indictment.

Emanuel Chris Welch, who replaced Madigan in the General Assembly to become the first Black speaker of the House, said his office has fully cooperated with the investigation and will continue to do so.

Asked Wednesday about Madigan just being another of a long line of Illinois politicians facing corruption charges, Lausch said: We all shake our heads when we think about corruption happening [again]. Our problem is a very stubborn one. But thats why we continue to put resources to root out corruption. Penny-pinching and pessimism: New report reveals how consumers have...

Analysis: Airlines reboot as COVID sparks a revolution in...

Can Steph Curry move past LeBron among all-time greats?

Japan’s tough talk on Russia is really about China

North Korea could test nuclear device next week, US...

A Dead by Daylight dating sim will arrive this...

What Minneapolis investors are looking for (hint: it’s not...

Philips Job Cut: Company to Reduce Its Workfoce to...

3 killed and dozens of homes damaged in Indiana...

A year on, ex-Afghan leader defends role in Taliban...

The opera singer who survived the sinking of the...

Will the chips bill diversify the semiconductor industry?

Over 3,000 Russians arrested for protesting attack against Ukraine

Kent Police tries to stop ‘poaching’ of officers by...

Michael Avenatti Sentenced to Four Years for Ripping Off...

The Morning After: No, Google isn’t shutting down Stadia

JetBlue pilot allegedly failed breathalyzer after he was removed...

The PlayStation version of Roblox is materializing