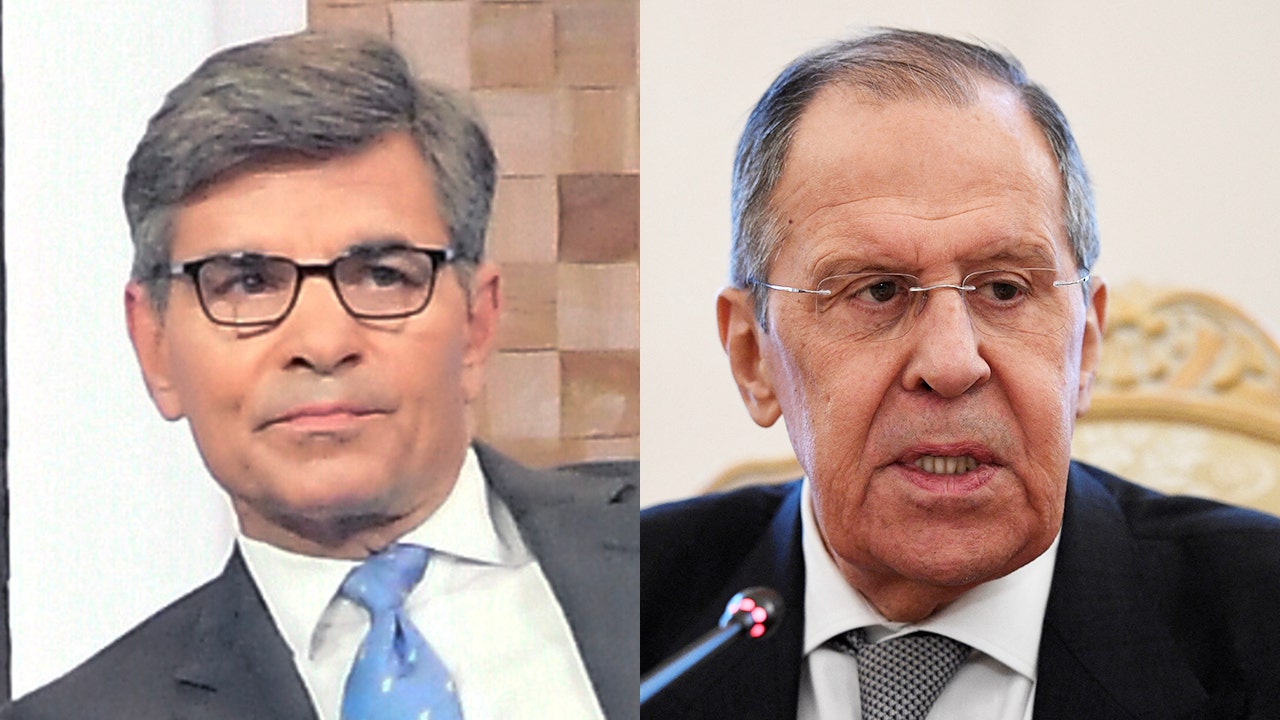 Russian Foreign Minister Sergei Lavrov is making clear his government’s displeasure with the shutdown of state affiliated news outlets across the world amid Russia’s ongoing invasion of Ukraine.

During a Thursday panel interview with ABC’s George Stephanopoulos, Lavrov was pressed on the misinformation being spread by Russia regarding the reasons behind the invasion and claimed the world wasn’t being told the entire story about the military operation because of the now-lack of a Russian media presence.

“I cannot comment [on] conjectures, and theres a great deal of these now,” Lavrov said after Stephanopoulos asked how he could defend the “lies” surrounding the reason for Russia’s invasion.

“But you know, if you paid your attention to the fact that Europe, mostly, and the United States, are trying to close down all the outlets, media outlets and information sources, broadcast by Russia, from Russia, on how the special military operation progresses and advances and how the Ukrainian army and the neo-Nazi battalions behave towards the peaceful civilians,” he added.

Russian state media bellowed the Russian government’s justification of the invasion following its launch last week, hailing the operation as “historic” and claiming Ukraine was the true aggressor in the war between the two nations. It also repeated accusations that the Ukrainian government was made up of neo-Nazis committing genocide against Russian residents in the eastern separatist regions of Ukraine.

DirecTV announced earlier this week that it would remove RT America, a Kremlin-backed media outlet, from its lineup amid the war, joining other companies and western countries in taking action against Russian-backed media.

Lavrov went on to claim the Ukrainian army was robbing and ripping off people in the Donbas settlements, one of the separatist regions, and that they stole vehicles and property from the Ukrainian residents living there.

“They behave like pillagers and marauders. And, you know, there is a lot of information about the future provocations that brood in Mariupol and other territories where the Ukrainians are now trying to use the civilians as a human shield,” he said. “Talk to the Indians, the Arabs, and the Africans that are trying to flee Ukraine now. They are not allowed.”

It wasn’t immediately clear what Lavrov was referring to, however, he claimed there was video footage depicting foreigners trying to flee Ukraine into Russia but were not being allowed to leave by Ukrainian authorities.

“I dont have enough time now to enumerate all the facts. Please visit our website, the website of our ministry. And you will be able to get a detailed transcription of what the Kiev neo-Nazi regime is now doing. You like the word killer. You know, real killers are siding with the Kiev regime,” he said, appearing to reference President Biden previously referring to Russian President Vladimir Putin as a “killer.”

Stephanopoulos pressed Lavrov on his neo-Nazi claims, noting that Ukrainian President Volodymyr Zelenskyy was Jewish and had family members who died in the Holocaust.

Lavrov reiterated his claim and argued that Zelenskyy and other “neo-Nazis” were able to manipulate the Ukrainian people. He then claimed they marched in “torch processions” and trained in “acts of sabotage and warfare.”

Lavrov went on to cite laws he claimed supported the banning of the Russian language in schools and in businesses, and, again, implored people to “spend half an hour” on the websites of the Russian Foreign Ministry and Russian Defense Ministry for more information.

He later cited a French journalist named Anne-Laure Bonnel,who reported on the alleged bombing, shelling and killing of civilians by the Ukrainian military in the Russian separatist regions, but claimed she was prevented from airing her report by the French government. Fox News was not able to immediately verify that claim. Netflix to charge global members sharing their accounts an...

Stephen Lawrence case: Jamie Acourt to be freed in...

Killings of 5 men in California are linked, police...

14-year-old boy dies after falling from ride at Florida...

After interviewing outside candidates, Saints stick with Pete Carmichael...

Liverpool have to go ‘back to the basics’ to...

As its data flows woes grow, Google lobbies for...

Camila Cabello to join ‘The Voice’ as NBC sets...

Researchers create bacteria that could protect your gut from...

Activision exec tries to dissuade employees from unionizing in...

Boston Dynamics and other industry heavyweights pledge not to...

Live Updates: Hurricane Ian has South Carolina in its...

Are early-stage funding rounds out of control? – TechCrunch

Insify is modernizing insurance, but this time for SMEs

The Supreme Court prompts the question: Who gets rights...

Minimum wage should rise to £15 for all workers,...

Police Scotland officers to be issued with Naloxone overdose...

Intel eyes Ohio for a pair of chip factories...

Utah woman’s throat slit by homeless man who she...

The gas Megafield Europe Can’t use