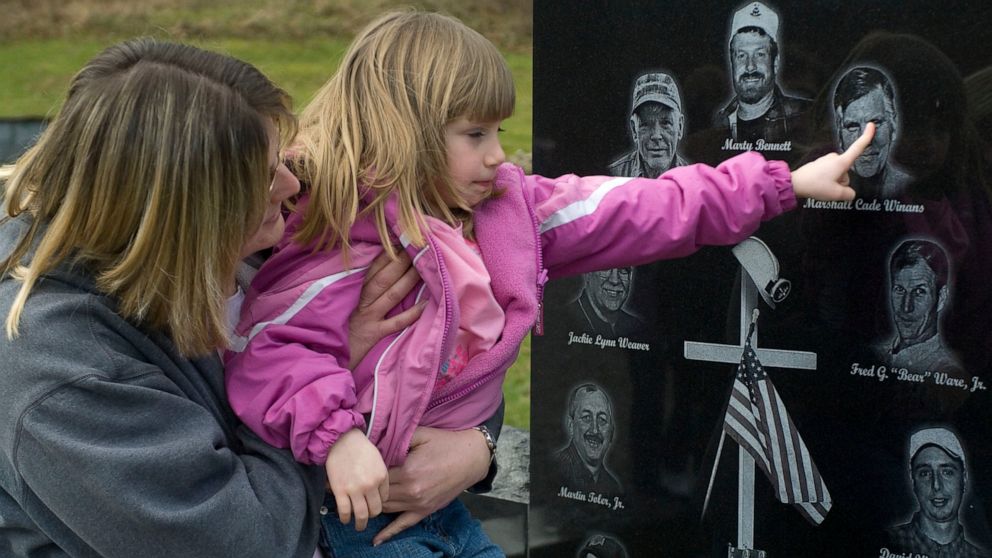 CHARLESTON, W.Va. — West Virginia Republicans forged ahead Tuesday with an overhaul of mine safety regulation that would strip the state of its ability to cite coal companies for unsafe working conditions.

They blocked an effort by Democrats to derail the measure. That came a day after dozens of miners and former miners gathered at the Capitol on Monday night, helmets in hand, to testify against the bill. The hearing happened the same day a veteran coal miner died in southern West Virginia. He was pinned by an air drill.

During the hearing, miners said the regulations keep them safer.

Every one of these laws thats written, state and federal, theyre not wrote by ink. Theyre wrote by blood, said Barry Brown, a disabled coal miner who worked underground for 32 years. Every one of these laws has blood on them. Doing away with the state department and their enforcement, I think, would be the worse thing that this state could do.

The bill is scheduled for a final reading in the House on Wednesday and still must be considered in the Senate. It essentially would strip the state office of miners health, safety and training of its ability to enforce laws in fact, it eliminates all enforcement language from state code.

Instead of going to mines for inspections, inspectors will go for visits and make recommendations instead of orders. There would be no more investigations,” just reviews.

The proposal would remove almost all penalties mining companies might face for safety violations. Under current law, companies can face thousands of dollars of fines and even prison time for failing to implement safety measures. The state can also close down portions of a mine or an entire mine.

One of the co-sponsors, Republican Del. Adam Burkhammer, said he respectfully disagrees with the miners.

I appreciate their passion, he said.

Burkhammer, who works as a contractor with the West Virginia Miner’s Health and Safety program, said a culture shift is needed to nudge the focus of inspectors more toward training than enforcement. He said there will still be the same number of inspectors in the state with the same jurisdiction on the mines, “but you’re going to have a different outlook when you walk onto the job. You’re going to be inspecting for things that you can train on.

Burkhammer asserts it may make companies feel freer to bring up concerns to the state about possible safety violations if they aren’t at risk of being fined for several thousand dollars. The bills sponsors also have argued that the existence of federal inspectors makes state inspectors redundant.

But Tony Oppegard, a Kentucky lawyer who has represented miners in safety cases for decades, said the bill would do nothing to improve safety for miners. He called it an anti-safety bill masquerading as a safety bill.

Leaving only the federal safeguards in place, he added, basically it cuts protection for coal miners in half.”

He said the real motivation for the bill is the bottom line.

There are 511 mines, quarries and coal handling facilities in West Virginia, according to the state. Under state law, inspectors are required to visit each mine in their region at least four times a year.

Coal mine operators and miners cannot legally be given advance notice of an inspection a law that is punishable by a fine of $15,000 or one to five years in prison. The inspector must be accompanied by a company representative and a miner representative.

The proposed bill removes the requirement for the minimum number of visits that must take place a year and the mandate that mines cannot be warned ahead of time about inspections. It also cuts the requirement that a miner representative be allowed to attend.

Kelly Blair, a Charleston-based state inspector who lost his oldest brother and uncle in mining fatalities, said miners arent going to approach him about concerns if there is someone from the company standing by.

If you take away my ability to enforce, then I cant do my job,” he said. “I cant protect the miners.”

Steve Zimmy Zimmerman, a safety committee member for the Harrison County Coal Mine, said when he writes up complaints to mine management and they are ignored, he has no recourse. But when he takes it to state inspectors, they can cite the company.

This all comes down to the bottom dollar: When the company has to pay for such conditions, the hazardous conditions get remedied, they get fixed. The miners are safe.

Zimmerman was among a group of somber miners huddled together, praying after Monday’s public hearing for the miner who died. He had 20 years’ experience.

We want all our miners to come home, Zimmerman said.

Brace for Crypto Market to ‘Get Weird’ Over Memorial...

Russia has ‘diplomatic options left on the table,’ Kirby...

Jackson on Brink of History and Stunning Union Win...

The 100-year-old volunteer with no plans to stop

U.S. ambassador urges Mexico to side with Ukraine

WeWork Workplace Seeks to Restore Some Past Tech Glory...

As water runs short in California, commission will vote...

From Washington: The White House’s Plan To Combat Inflation

U.S. Oil and Gas Association President: The country is...

This is probably why your ‘Check Engine’ light is...

Pentagon: Russia has fired more than 160 missiles into...

Examining gun violence in the U.S. after Texas school...

On The Money — Retail sales rallied in face...

Razer Gaming Headsets and Accessories Are on Sale Right...

First teaser for The Offer series takes us behind...

At least one University of Southwest student athlete dead...

Reynolds to focus on inflation, schools in response to Biden

Overnight Energy & Environment — US to release 30M barrels from oil...