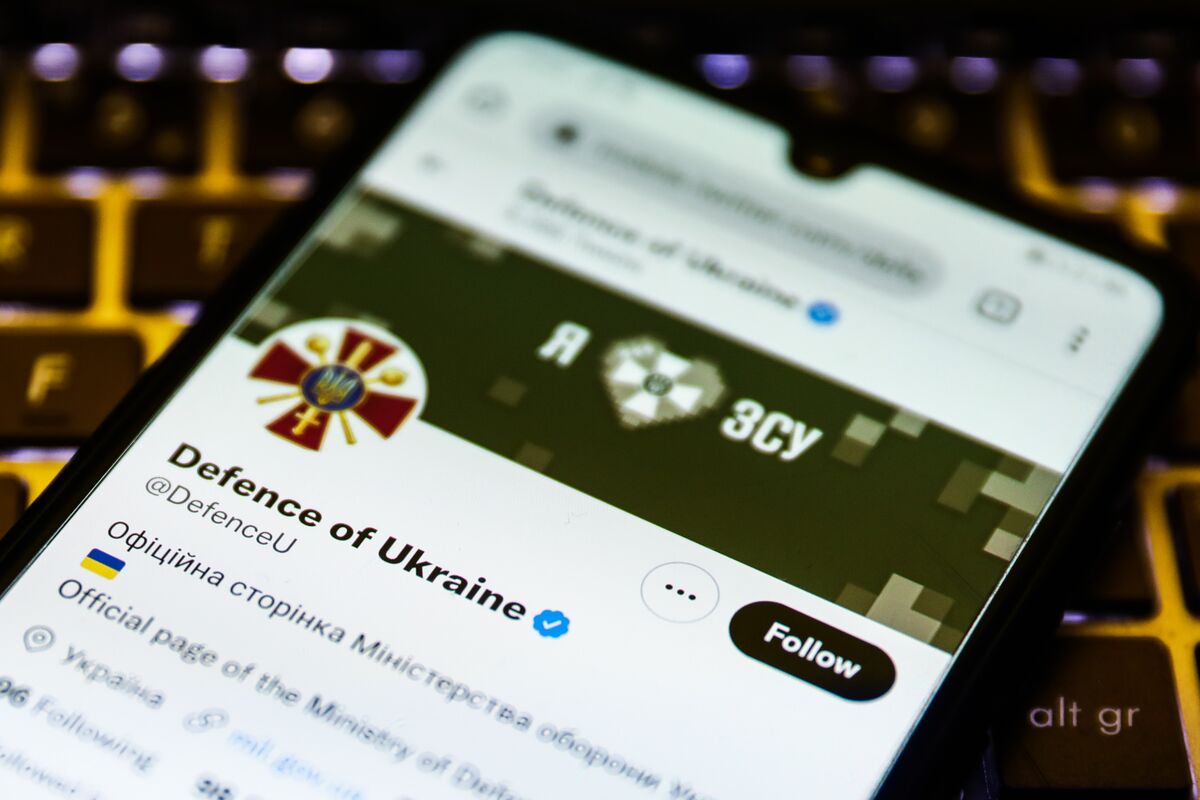 Hi everyone, its Jack in Washington. While Ukraine is asking the world for armaments, its also enlisting a global cyber army to attack Russian interests. But first

Within days, a loose group of worldwide volunteers and the countrys cyber police have answered

his call on Twitter, organizing in a channel on the messaging app Telegram to organize attacks

The massive cyberattacks, as the Ukrainian government has dubbed the activity, isnt necessarily a new strategy. But Fedorovs explicit call for a hacker army is a striking addition to a war where Ukrainian soldiers are outnumbered by a larger Russian military. (As of late Tuesday, Ukrainian forces  bolstered by a swath of their fellow citizens maintained control of key cities, including Kyiv, and rebuffed Russian advances.)

The hackers handiwork has claimed to hit transportation networks, websites and even the basics of internet connectivity. My colleague Ryan Gallagher

reported that one group, the Cyber Partisans, said it paralyzed Belarus rail system in an

claimed he permanently broke thousands of internet routers in Russia. Hundreds of hacktivists

around the world have responded to Ukraines call, according to one estimate.

The activity represents a noteworthy change in whos directing attacks in Eastern Europe. For years, state-sponsored Russian hackers allegedly carried out some of the most high-profile attacks against Western organizations, including the supply-chain attack involving

SolarWinds Corp. and breaching the Democratic National Committee during the 2016 presidential campaign. The Kremlin has denied involvement in cyber-espionage.

And while the impact of pro-Ukrainian attacks appears limited, they come as groups of hacktivists are trying to counter Kremlin-backed disinformation. One group, called cyber elves, have used social platforms to get front-line news to the public before Russian propaganda has a chance to take hold, says Adéla Kleková, a researcher who documented their efforts.

The role of the non-state activist is growing, she told me.

The IT Army of Ukraine, promoted by the countrys digital transformation

office, has been among the most vocal on social media in soliciting help for directed cyberattacks. With a heap of defiance and a slate of hashtags, the army has roused hackers to its national defense.

Hackers all around the world: target #Belarus in the name of #Anonymous. Let them know we do not forgive, we do not forget. We are united, one

tweet said Monday amid initial peace talks with Russia. We are relentless.

Unfortunately for Ukraine, cyberattacks cut both ways. On Monday, multiple websites tied to the countrys embassies were unreachable, with officials suggesting that hackers sympathetic if not directly tied to Russia were responsible. Some websites were temporarily down while the government recovered from a round of attacks, said Victor Zhora, deputy chief of Ukraines information-protection service, referring to the Ministry of Foreign Affairs.

Its certainly more important to resist the aggressor and save lives during these challenging times, he said.

Elsewhere, cyberattacks by volunteers or governments  may escalate, a prospect thats already

worried major financial institutions in the U.S. that fear reprisals from sanctions against Russia.

You ignored our warning, it looks like Belarus and Russian banks may have same vulnerabilities, the Ukrainian IT army

If you read one thing

Take a stroll through one of the buzziest metaverses online today, Decentraland, where

users hope to strike it rich at virtual poker tables.

Russias attack on Ukraine highlights the paradox of cryptocurrencies for both participants and regulators, says Circle Internet Financials

Venture capitalists are backing a startup working toward cleaner and more efficient mining in lithium, the metal used in

twice a week for Covid-19, a move toward dropping its mask requirement for workers. Patriots vs Dolphins live stream: how to watch NFL...

Mabel says social media comments made her want to...

Queen’s Aides Involved in Committee That Stripped Harry of...

Poet at the End of the World

The all-new AirPods Pro are discounted down to just...

To Win the Next War, the Pentagon Needs Nerds

Naomi Judd had been open about “severe” depression before...

Soon, You Can Scan QR Codes to Pay For...

A Week Off Social Media Reduces Depression and Anxiety...

‘America’s Got Talent’ To Undergo Huge Change for Live...

Migrants hopeful, suspicious at US reopening to asylum

Some job posts are scams. Here’s how to avoid...

Halo TV show may have found its showrunner for...

Biden Will Face Major Test if GOP Secures at...