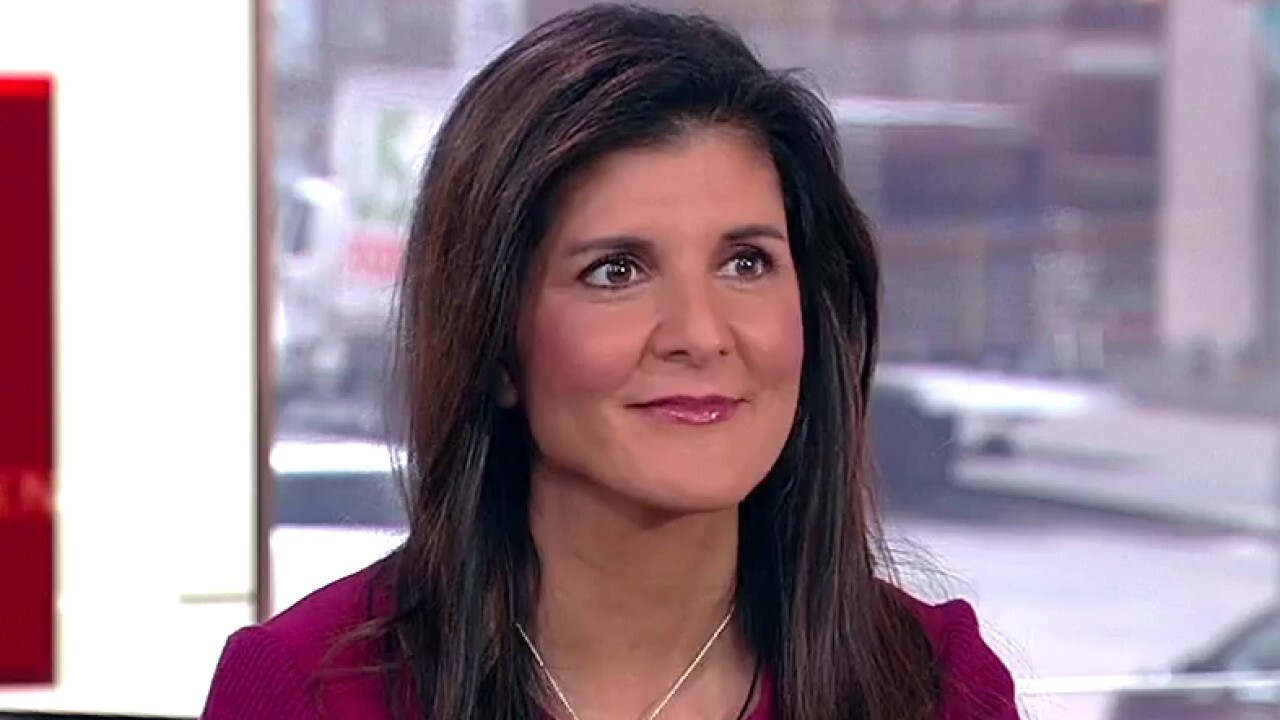 “We should be going to the U.N. railing, saying war criminals don’t deserve to sit on the Security Council, certainly shouldn’t have a veto. We should go and have them removed from the General Assembly in the U.N.,” Haley told “The Brian Kilmeade Show.”

Haley added that Russia should be removed from the Human Rights Council.

“Biden chose to get back in after we pulled ourselves out. If he’s going to sit shoulder to shoulder with Russia, either Russia goes or the U.S. goes, Biden has to make a choice, and we absolutely cannot sit in negotiations with Iran, next to Russia, next to China, with two of our enemies and make a deal. We cannot do that. Biden cannot allow that Iran deal to go forward,” she said, calling it a “fireable offense” for President Biden to seek China’s help in dealing with Russia.

“You never go ask an enemy for help with another enemy. Is there any shock that China turned around and told Russia everything we said? It’s humiliating. Wake up, America. This can’t continue.”

In this image from UNTV video, Vasily Nebenzya, Permanent Representative of Russia to the United Nations, speaks during an emergency meeting of the U.N. Security Council Wednesday, Feb. 23, 2022, at U.N. headquarters. (UNTV via AP)

at the United Nations, where it sits on the Security Council, is under fresh scrutiny as it presides over the councils discussions of its invasion into Ukraine — and the Ukrainian president demands Moscow be stripped of its vote.

“To deprive the aggressor country of the right to vote in the U.N. Security Council, to qualify Russian actions and statements as genocide of the Ukrainian people, to help with the delivery of corpses of Russian soldiers. Talked about it in a conversation with UN Secretary General [Antonio Guterres],” Ukrainian President Volodymyr Zelenskyy tweeted.

U.S. Ambassador to the United Nations Linda Thomas-Greenfield appeared to dismiss the possibility of Russia being scrubbed out of the Security Council on Sunday when asked about Zelenskyys call.

Haley told “The Faulkner Focus” that the United Nations should be treating Russia “like the criminals they are.”

If the U.N. ever wanted to man up and grow a spine, this is the time to do it. Because if they can do this to Ukraine they can do it to any country that sits in that chamber and we have to look at this. This is a learning moment for us.”

Ex-US soldier fined for trying to take gun on...

No bond for man charged in Houston-area deputy’s death

Is ‘Anatomy of a Scandal’ Based on a True...

Biden warns Russian invasion of Ukraine will happen in...

Council’s first ever female leader to step down

Internet Amused by Woman Who Drove on Road Shoulder...

Justice Department settles with protesters who sued over 2020...

GOP rep says Republicans have ‘no other option’ than...

Media turning on Biden for failing to ‘paper over’...

Political TV Shows Have Never Been Worse. Sitcoms Are...

Trainer and ex-Olympic champion Todd suspended over treatment of...

Boy dies after being buried under sand dune at...

Man dies after being hit by car on A1...

S.Korea says it will spare no effort to help...

‘Little House on the Prairie’ star Melissa Gilbert on...

Geopolymer: Effective Use of Waste Materials

It is time to make the FAFSA part of...

Samsung phones with parts made from fishing nets

The origins of “Birds Aren’t Real”

Google Pixel 3 range has lost support for a...

Conductor with close ties to Putin out of Vienna...

Ukraine war: Ukrainians fight for their homeland from within the US