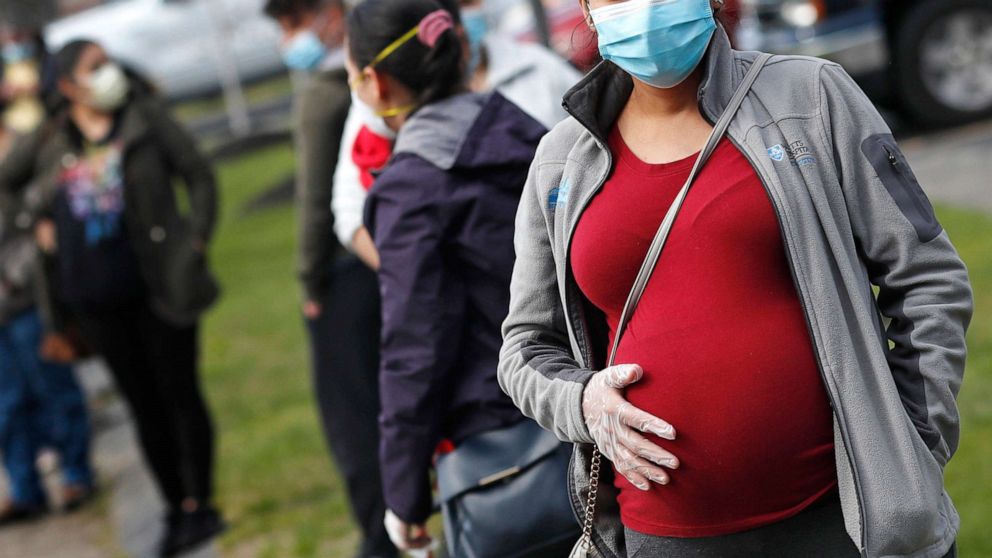 The number of births declined in the U.S. in 2021 and the COVID-19 pandemic played a role, according to a new report published by the Centers for Disease Control and Prevention Tuesday.

They found there were 1.74 million births between January and June of last year, a 2% decline from the 1.78 million births that occurred over the same period in 2020.

“The last two or so years have kind of been unparalleled” when it comes to declines in births, Dr. Brady Hamilton, a statistician at the NCHS and co-author of the report, told ABC News. “Certainly the thing that caught our eye — and we already saw a hint when we looked at the data for 2020 compared to 2019 — there was an extremely sharp decline in the number of births in January of 2021 compared to January of 2020.”

However, after that sharp drop, the number of births increased in March and April of last year compared to 2020, before dropping again in May and then rising in June by 3%.

The authors noted this is an improvement from the first year of the pandemic, during which the number of births declined for each month of the first half of 2020 compared to 2019.

The report also found that the number of births declined for all races and ethnicities in the first half of 2021.

Additionally, white, Black, Asian and Hispanic women had the largest declines in January, while American Indian/Alaska Native and Native Hawaiian/Pacific Islander women saw their biggest drops in May and February, respectively.

The biggest drops were seen in New Mexico and Washington, D.C., with a 5% and 9% decrease, respectively.

Hamilton and his team said it’s clear the COVID-19 pandemic did play a role in the decline of births, but it’s unclear if it was the sole reason and what pandemic-specific factors led to the decline, such as economic uncertainty and lack of job security.

“While our data comes from the birth certificate and it’s an amazing data set unfortunately it has limitations and one of those limitations is factors that people consider in terms of having a child, starting a family,” he said. “That’s important because when you look at the impact of the pandemic, what are the mechanisms and how exactly does it happen?”

He continued: “So we see these associations but in terms of teasing out particulars, we sort of have to wait to see until we get survey data which asks those particular questions about the decisions people were making.”

Hamilton did acknowledge that the large decline in January 2021 compared to January 2020 means that women were not getting pregnant around March and April 2020, when the first COVID-19 lockdowns and stay-at-home orders occurred.

“When it comes to looking at these numbers, there is a nine-month lag, so the number of births you see occurring a month reflects what people’s actions were nine months before,” he said. “So that [drop] is very interesting and something we will look at in more detail.” Deepfake Zelensky Was Quickly Defeated. The Next One May...

A deeply polarized America is united in its ‘disdain...

‘Riding a motorbike is like therapy on two wheels’

Impact of January 6 on GOP primaries in Wyoming...

Here’s what happened when Mercedes-AMG got its hands on...

Food commodity prices slim down over the summer

FBI warns of “broad threat” to synagogues in New...

NASA prepares to take first step toward returning to...

Scotland: Why Steve Clarke’s side must rouse themselves for...

Aquinas and the State

Fosun’s Lanvin Group Aims to Acquire Another Brand Next...

Owner Reveals What It’s Like Walking a Narcoleptic Doberman:...

Search underway for suspect in fatal shooting of Texas...

Worldwide PC shipments plummet in Q3 with only Apple...

America Leans on Aging Power Plants to Keep the...

Flying’s summer of hell goes out with a bang