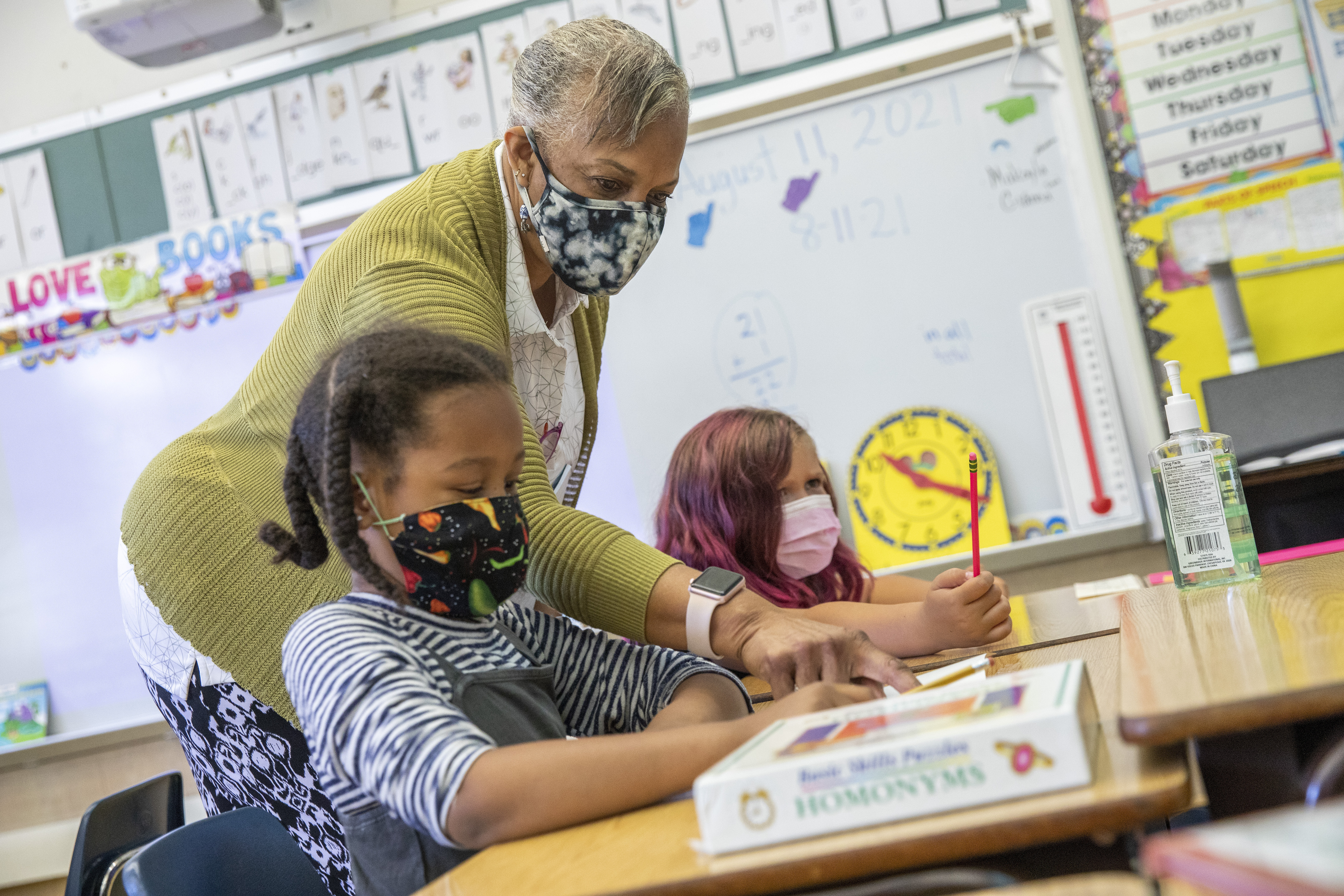 Counties and school districts can continue to impose their own mask rules, however, which means schools across the state are unlikely to drop the requirements simultaneously on March 11.California officials continue to strongly recommend masking in schools as well as for those who are unvaccinated.

Californias ease-up follows Fridays sweeping proclamation from the federal Centers for Disease Control and Prevention that most U.S. communities can now go mask-optional as cases plummet. For the first time, the health agency added classrooms to the list of safe settings, even as most states have already dispensed with school masks.

In California, masks will still be required in high-risk places such as public transit, hospitals and nursing homes, as well as in correctional facilities and shelters.

Oregon and Washington will also lift their indoor mask mandates for unvaccinated individuals on Tuesday. Oregon plans to drop its school mask mandate on March 11, while Washington will release its updated school mask guidance sometime next week. Meanwhile, New Yorks Democratic Gov. Kathy Hochul on Sunday moved up her own states removal of the mandate to Wednesday.

The CDCs revised guidance gave state and local leaders the backing to lift school mask requirements as the fights over mandates have reached a fever pitch. At least 26 districtshave already made their own decisions to let students choose if they want to cover their faces, and at least one of those found itself in a standoff with teachers who skipped work in protest.

Last week California school boards begged Newsom to offer a specific strategy for offloading restrictions, citing growing agitation in the days since he eased the mask mandates for the general public but left them in place for schools.

The Newsom administration has been negotiating with the states powerful teachers unions over an off-ramp to pandemic restrictions. The governor said when he announced the relaxation of the statewide indoor mandate that teachers had needed more time to decide about the path forward for schools, in part because of the relatively low vaccination rates for younger children. They Did Not Vow

Months of intense lobbying persuaded Biden to go to...

Golden Globes Will Have No Stardom nor a TV...

Organizers say Pride march will go on in Serbia...

Sailor found not guilty in fire that destroyed $1.2...

Abortion access is so important to college students that...

The people cold calling to chip away at Russia’s...

Republicans have spent the year attacking Democrats on inflation....

Mark Esper on the prospect of a second term...

Aunjanue Ellis on the Black women who inspire her

Shanghai Eases Lockdown in Some Areas

Russia has likely lost one-third of its combat forces...

Facebook is still struggling to remove videos of the...

‘A real local presence.’ Family of Paislee Shultis has...

Opinion: The tyranny of Idi Amin — and limits...

GivingTuesday raises $3.1B for charities in tough economy

Do not fall for this dangerous Amazon shopping scam

As the divisive Depp-Heard trial continues, keep this in...

Poor hydration may be linked to early aging and...