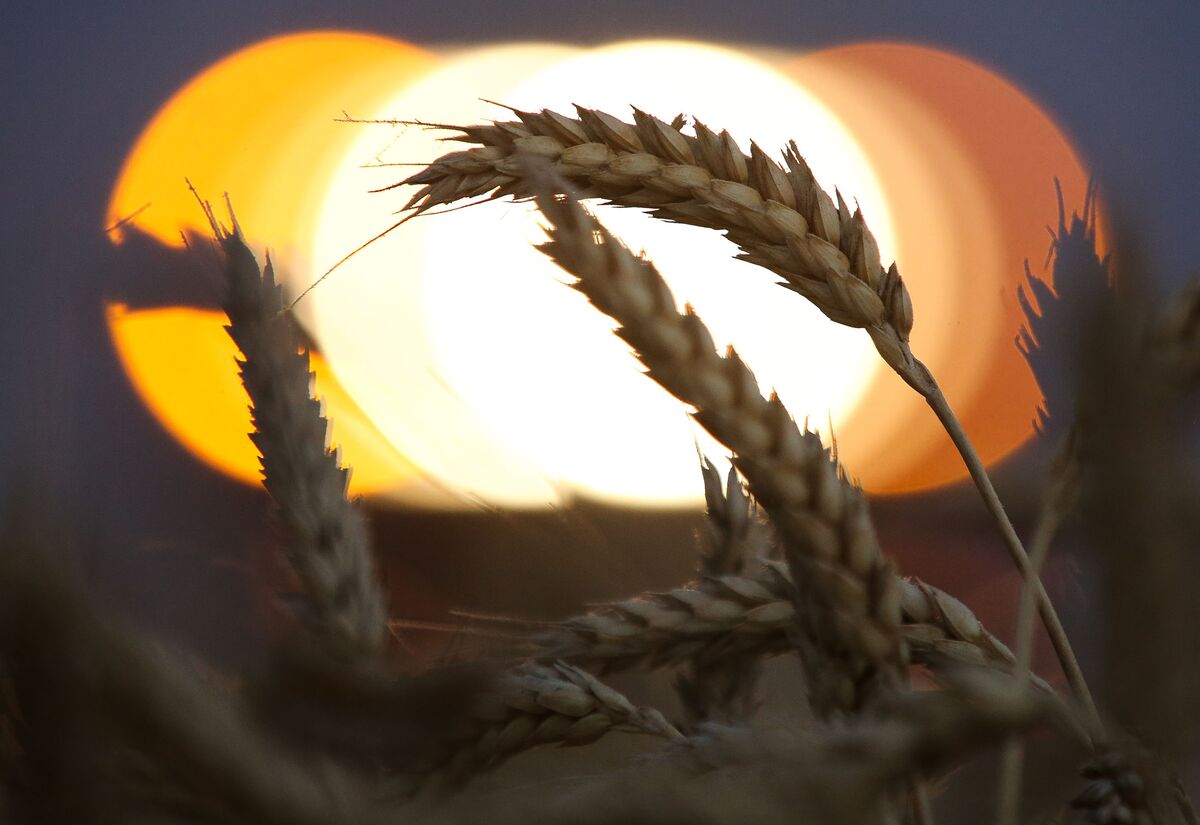 The turmoil unleashed in commodity markets by Russias invasion of Ukraine worsened on Monday as LNG orders were paused, finance for trade in raw materials dried up and Black Sea wheat sales froze.

As tougher U.S. and European sanctions threaten to partly cut Russia off from the global financial system, disruptions to shipments of raw materials from

liquefied natural gas as they awaited clarity on restrictions against banks and companies. The cost of shipping the nations raw materials is soaring, while the fallout is reverberating from London to Hong Kong as international investors ditch Russian commodities assets.

The immediate focus is on disruption to Black Sea trade, which includes millions of barrels of oil a day and about a quarter of the worlds grain exports. While Russian raw materials were so far exempted from sanctions, the threat of a severe dislocation to flows will increase as the conflict escalates.

Unintended consequent risk, meaning a pipeline outage or something like that, is extraordinarily high, and this is on top of the difficulty of getting the seaborne trade up and running, Jeff Currie, head of commodities research at

Goldman Sachs Group Inc., said in an interview with Bloomberg TV. This is an enormous amount of oil that has the potential to be disrupted for weeks.

Even before the expulsion of some Russian banks from the SWIFT messaging system — used for trillions of dollars worth of transactions around the world — a number of lenders were halting the finance of commodities trading from Russia.

Rabobank are restricting lending to deals involving movement of commodities from Russia and Ukraine, and Chinese banks are also pulling back.

That means that even without sanctions, many of the commodity markets in which Russian exports play a significant role at are risk of seizing up. As the war intensifies — with ships bombarded last week — the risk of logistical turmoil is also increasing. Insurers are either refusing to offer cover for vessels sailing into the Black Sea, or demanding huge premiums to do so.

Grain loading in Ukraine has been halted with ports closed, and Black Sea shippers are expected to be absent from Mondays wheat tender in Egypt. The repercussions are building through logistical chains as buyers seek alternative supplies.

Vladimir Putins attack on his neighbor is also threatening to make Russian commodities toxic for international investors. Norway said it was starting to remove Russian assets from its $1.3 trillion sovereign wealth fund, while

While equity trading was halted in Moscow,

Rusal halted shipments at a Ukraine alumina refinery thats a key source of raw material for its smelters in Russia. Ukrainian iron-ore miner Ferrexpo Plc said Monday the availability of rail capacity to ship its pellets to customers in Europe was unclear. The London-listed company, which operates three mines in central Ukraine, said its delaying the publication of its full-year results.

There are sanctions carve outs for Russian raw materials, but traders, banks and shippers fear those exemptions may not last.

Commodity markets need to reflect not only these difficulties in paying for Russias exports but, with little left to sanction, the risk that Russian commodities eventually fall under Western restrictions, Goldman

analysts including Damien Courvalin and Currie said in a note dated Feb. 27.

The White House isnt ruling out a further extension of sanctions.

European natural gas surged as much as 36% as the new round of sanctions spurred concerns about energy shortages. With Russian markets paralyzed and heavy fighting reported around key cities in Ukraine, Putins invasion looks set to underpin many commodities for some time. Gutfeld floats what could have happened if Hunter’s laptop...

Amazon’s Kindle sale brings the Paperwhite back to an...

President Biden warns China not to help Russia as...

Brittney Griner will appeal her case today in Russian...

Urine bugs may be a sign of aggressive prostate...

It sounds like some Samsung Galaxy S22 pre-orders are...

Why Singapore’s gay sex law change is a double-edged...

The story behind Carole King and James Taylor’s biggest...

Rain returns to North Texas midweek, but a hot...

By tackling the challenges of ESG reporting, these companies...

Nothing Ear Stick hands-on: Stylish and comfortable, but I...

As Biden visits, Palestinians reminded of their descent into...

Oregon-Utah set for a late-night kickoff on ESPN

Has Kyler Murray earned an extension from Cardinals?

Laura Ingraham Explains Why She May Not Vote For...

Nicola Sturgeon: The story so far of Scotland’s first...

Denver Riggleman Ties QAnon to White House With ‘The...

Why the Belarus Railways Hack Marks a First for...

How Google Alerted Californians to an Earthquake Before It...

Lord of the Rings anime movie gets a release...

Congress looks to do right by Emmett Till

There's a new way to tell if your device has best-in-class connectivity,...