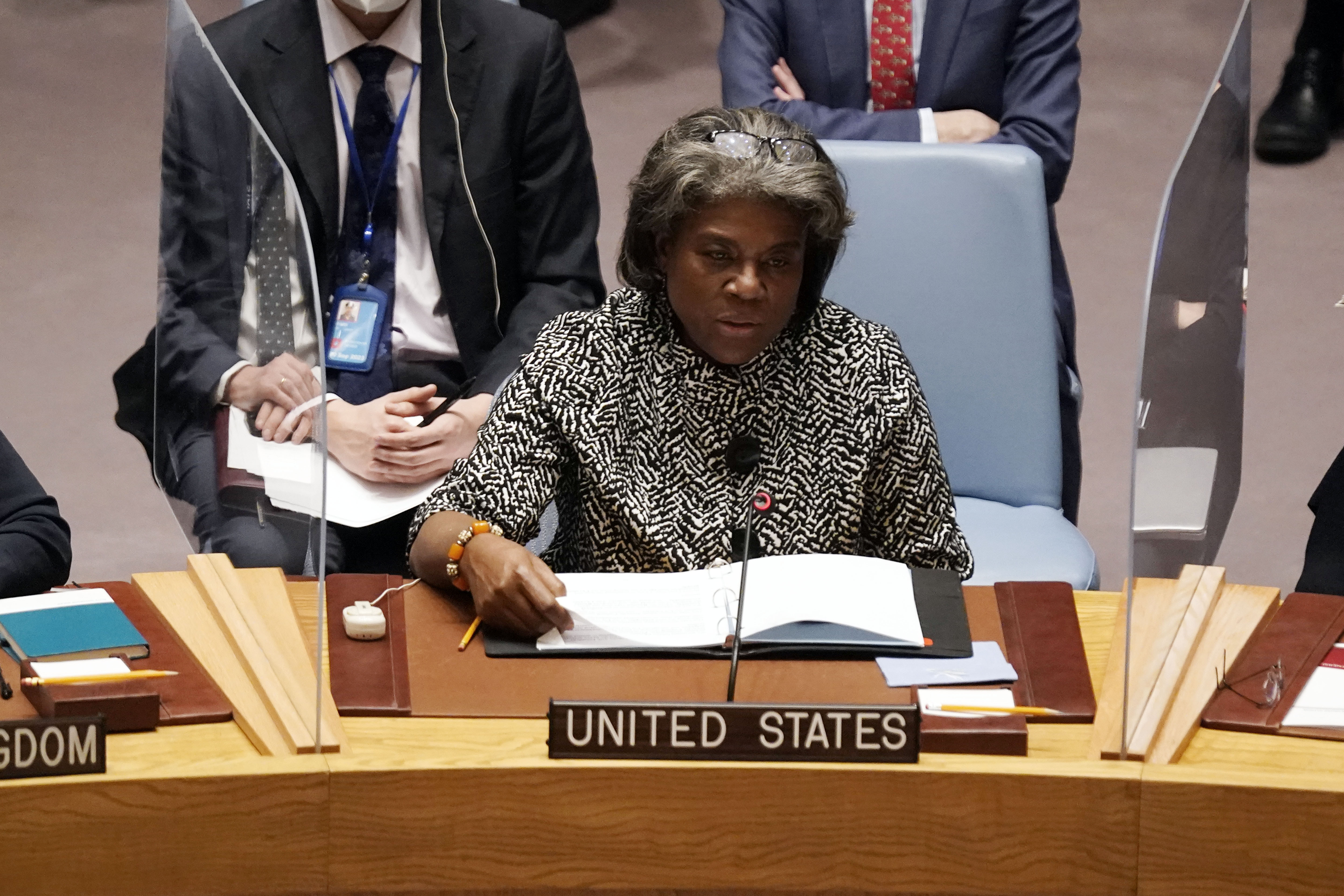 The penalties have been gradually added over the last few days rather than all levied at once on Thursday when the attacks started, a move that Thomas-Greenfield said has been intentional.

We will escalate as the Russians escalate. And thats exactly what we have done, she said.

We hoped that the Russians would listen to the pressures that we were putting them under, but they didnt, so they have to continue to feel additional sanctions and additional pressures on their economy. And they will feel the pain, Thomas-Greenfield said.

The ambassador also said there are steps the United Nations can take to penalize Russias behavior. The U.N. can isolate the country, she said, both within its specialized agencies and at the upcoming meeting of the U.N. Human Rights Council in Geneva, where Russia will be called out and their aggressions will be brought to the attention of the world.

In a separate interview Sunday on CNNs State of the Union, Thomas-Greenfield said that everything is on the table in terms of taking action against Russia, including referring Russian President Vladimir Putin to the Hague for a war crimes tribunal.

They have to be held accountable, whether its in the United Nations or elsewhere, she said.

Ericsson and Nokia will withdraw from Russia by the...

China warns US to ‘stop ‘interfering’ in Olympics

Trump Committed ‘Serious’ Crime If Found To Have Used...

The heat wave scorching California may be the worst...

Husband Sparks Fury After Ripping Up Stepson’s Drawing of...

A Great Copper Squeeze Is on the Horizon

Why the U.S. Can’t Count on Europe in Fighting...

North Korea threatens to use nukes in potential conflicts...

Marlon Bundo, the famous Pence family bunny who made...

‘We Were Monogamous for Three Years, Now We’re in...

Volodymyr Zelensky Is Not a Meme

The Economy And A Possible 2022 Recession (Radio)