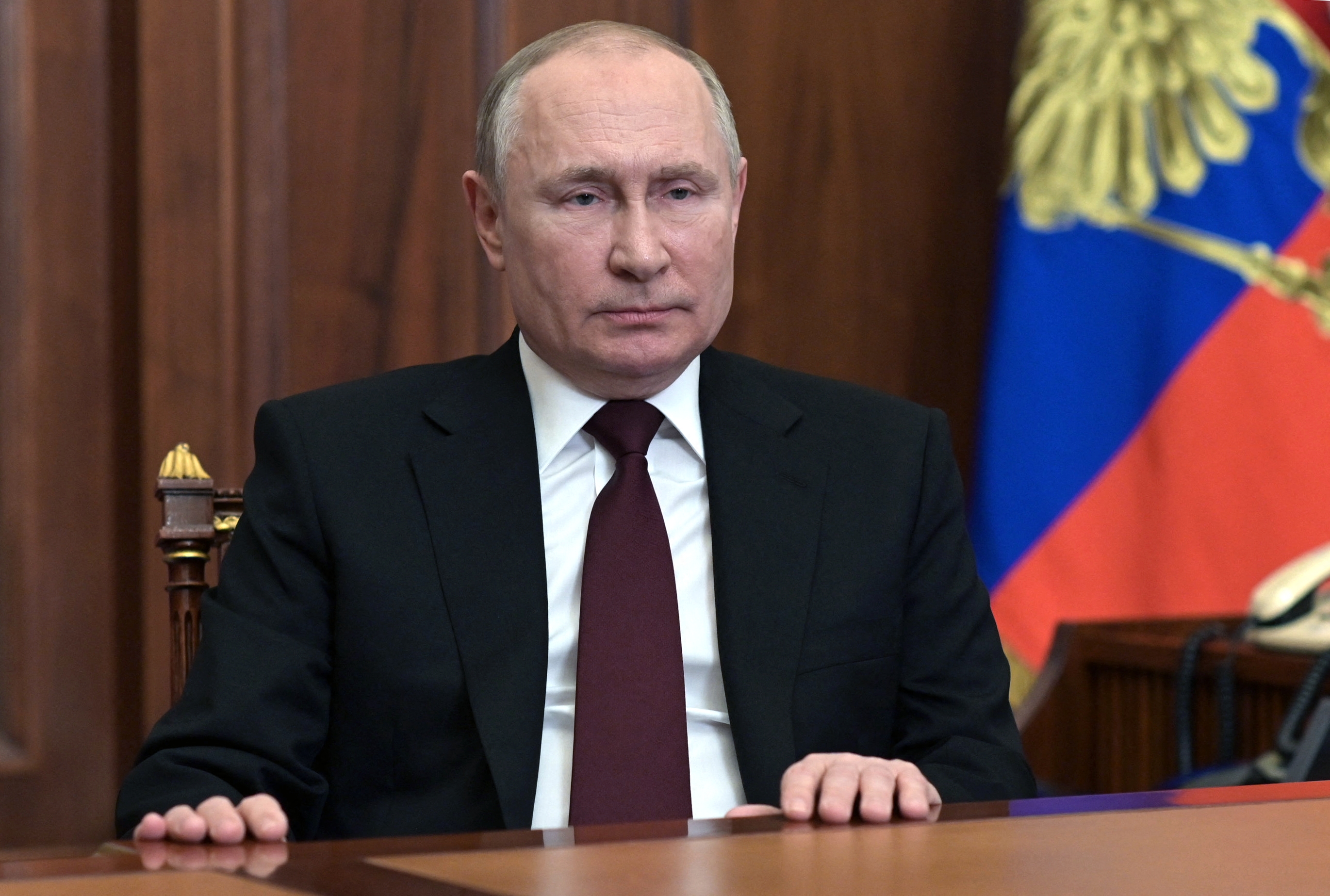 His comments came during an interview on NBC’s Meet the Press and just after Putin ordered the nation’s nuclear deterrent forces to be put on high alert in response to sanctions and “aggressive statements” by leading NATO officials.

The actions from Putin followed a decision by the U.S. and European allies on Saturday to expel certain Russian banks from the high-security SWIFT banking system that connects major banking systems all over the world.

Ukrainian President Volodymyr Zelenskyy confirmed Sunday that his country has agreed to meet with Russian delegations on the Ukraine-Belarus border for talks.

On NBC Sunday, host Chuck Todd asked McFaul, “What do you see right now with Putin, and do you think he’s a rational actor right now?”

“That word ‘rational actor’ is very elastic, right?” McFaul responded. “To get kicked out of SWIFT as it happened to Russia yesterday, and then to have the president of Russia get in front of his generals and say ‘We need to prepare for nuclear war.’ That doesn’t sound very rational to me.”

The former ambassador said he’s nervous that Putin “has been believing his propaganda for decades,” and noted that “he doesn’t listen to his aides.”

“Even when I was ambassador eight years ago, he was very dismissive of anybody around him. He’s out at his compound, doesn’t come into town very much and under COVID he’s been more isolated,” he added.

“I’m nervous that Mr. Putin has been believing his own propaganda for decades. … He’s out at his compound, doesn’t come into town very much, & under covid he’s been even more isolated.” pic.twitter.com/GJQRMazmQk

McFaul added that having watched and listened to Putin over the years, he believes the Russian leader is “increasingly unhinged in the way he talks about the regime.”

“Just yesterday talking about Zelenskyy being a neo-Nazi—let’s remind everybody watching, he’s Jewish…that doesn’t sound like somebody that’s going to sit down and negotiate a peaceful outcome,” he said.

Former U.S. Ambassador to Russia Michael McFaul said Sunday that he’s worried Russian President Vladimir Putin is becoming “increasingly unhinged” as the country’s invasion of Ukraine continues. Above, Putin speaks during his address to the nation at the Kremlin in Moscow on February 21.Alexey Nikolsky

Asked by Todd how the U.S. should respond if Putin is an “irrational actor,” McFaul said that “it’s really about winning the war on the ground.”

“We need to support the Ukrainians who are fighting,” he said, noting that sanctions are “great” but that “they take months and years to have effect.”

If Russia ultimately succeeds and ousts Zelenskyy, the former ambassador said the U.S. needs to continue to support the Ukrainian resistance.

“I’m convinced Chuck, there is no way that Ukrainians will submit right now to some kind of puppet regime from Russia,” he said. Will Putin Submit to US-Imposed ‘Weakening’?

FedEx Suspends All Service to Russia and Belarus as...

‘Spy Kids’ star Alexa PenaVega on why she left...

Biden has chance to deliver on ‘severe’ Russian sanctions:...

Wealthy Business Owners Are at Center of Fight Over...

US reveals claims of Russian ‘kill list’ if Moscow...

Liz Truss Shouldn’t Mess With the Bank of England’s...

North Korea says US seeking an excuse for an...

Japan to invest $42B in India to strengthen economic...

CODEL in Madrid for NATO talks

Bloomberg Best: Where Do Stocks Go From Here? (Podcast)

Zelenskyy emerges as global hero in Ukraine battle against Russia
The iPhone SE 3 could get a significant price drop according to...