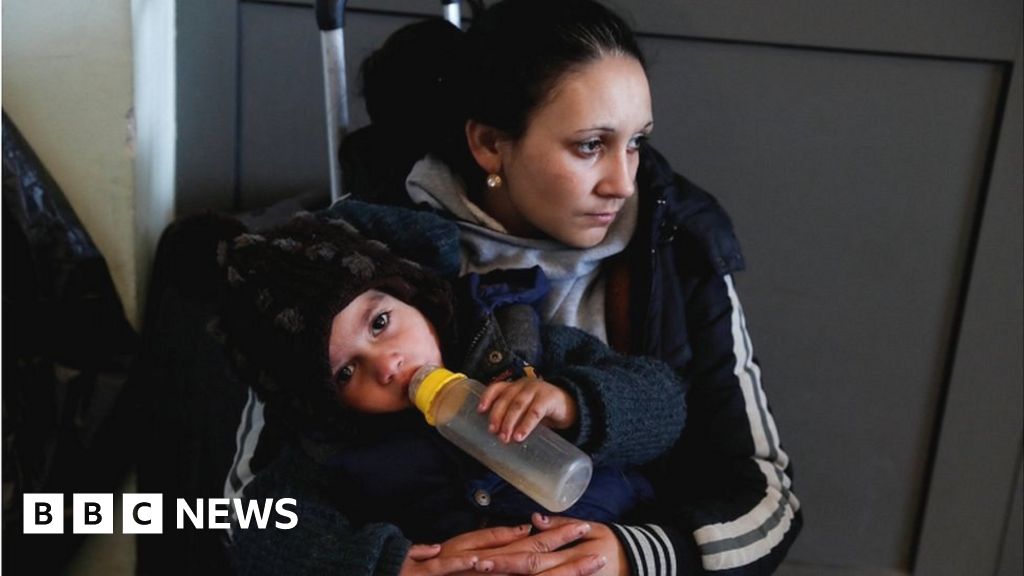 Image caption, Charities have urged the UK to welcome thousands of refugees, following the Russian invasion of Ukraine

A row has broken out over a Conservative MP’s suggestion that Ukrainian refugees should apply for work visas to get into the UK.

Torbay MP and Home Office minister Kevin Foster tweeted there were a “number of routes” for refugees “not least our seasonal worker scheme”.

Mr Foster later tweeted that working was “just one of several routes”.

Yesterday I pressed Ministers on opening safe routes to sanctuary in Britain for those fleeing war in Ukraine. The Immigration Minister replied suggesting visas to pick fruit on British farms. I like Kevin but this was painfully unaware and unkind. We need safe routes open now pic.twitter.com/p0SEm7IECM

Charities have urged the UK to welcome thousands of Ukrainian refugees, following the invasion of their country by Russian forces.

Mr Foster, the Parliamentary Under Secretary of State for immigration, posted his comments in response to Plymouth Sutton and Devonport Labour MP and shadow armed forces minister Luke Pollard on Twitter.

Mr Pollard had raised concerns about UK visa restrictions on refugees from Ukraine and said he was “looking for a route for people fleeing Ukraine who might not have a family link in the UK”.

He said: “We have a moral obligation to help them. Will you now change policy to do exactly that?”

Mr Foster replied in the now-deleted post: “As you will be well aware there are a number of routes, not least our seasonal worker scheme you will recall from your Shadow Defra days, which Ukrainians can qualify for, alongside the family route for those with relatives here.”

Mr Foster later added: “Hi Luke. It’s just one of several routes and we will do more as the PM has made clear.”

Mr Pollard responded that the initial tweet was “painfully unaware and unkind” and added: “We need safe routes now.”

My God. People are fleeing war in Europe, the like we havent seen in generations, in search of swift sanctuary.

Yet the immigration minister says the answer is they should put in an application to pick Britains fruit & veg. https://t.co/bQcLOZzSoS

Shadow home secretary Yvette Cooper tweeted in response to Mr Foster’s initial comment: “My God. People are fleeing war in Europe, the like we haven’t seen in generations, in search of swift sanctuary.

“Yet the immigration minister says the answer is they should put in an application to pick Britain’s fruit & veg.” Remarkable friendships from the animal world

Russia-Ukraine crisis: Why Brussels fears Europe is ‘closest to...

Australia Briefing: A bad day for the environment

Craft breweries are starting to shut down due to...

U.S. to warn China of perils of aiding Russia...

Mega Millions jackpot soars to $555 million ahead of...

Here’s who could get a bigger — or smaller...

How Surging Used-Car Prices Are Turning Vehicles Into a...

O’Rourke says Texas oil tycoon is suing him for...

Coronavirus wave this fall and winter could potentially infect...

Watters: Biden admin has been using Twitter as a...

Russia Racing Against Clock to Win Ukraine War Before...

Phil Mickelson won’t defend his title at the PGA...

How the climate deal would help farmers aid the...