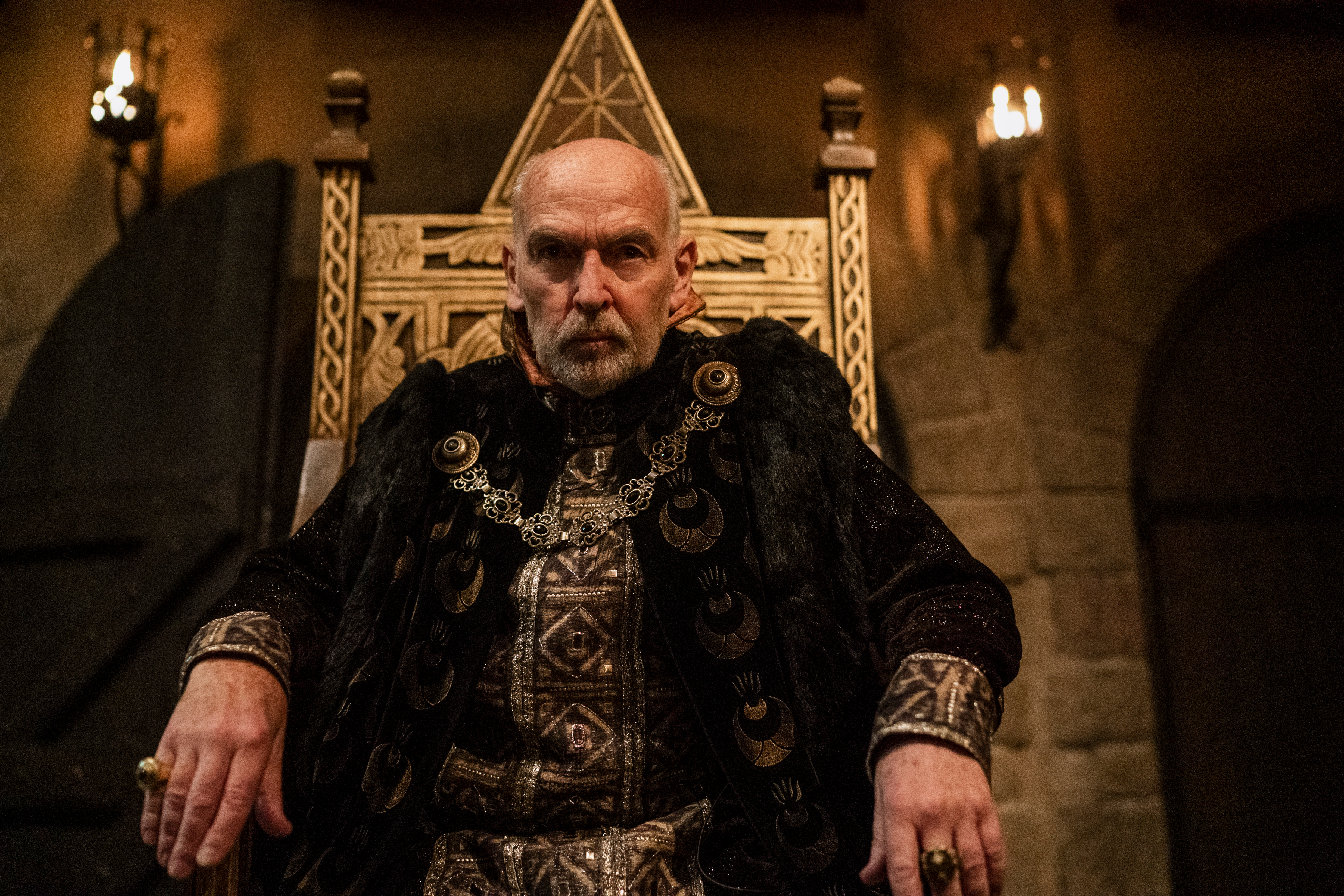 In Vikings: Valhalla Episode 1, King Aethelred (played by Bosco Hogan) orders the killing of Danes in a settlement near London as they celebrate St. Brice’s Day on November 13. After honoring St. Brice, the fifth-century bishop of Tours, and a lavish send-off to Harald Sigurdsson (Leo Suter), the prospective king of Norway, the Vikings are attacked by the men of Aethelred’s army.

Towards the end of the first episode, the Vikings in Kattegat are ready to seek revenge for their fallen men and women and audiences want to know everything about the brutal massacre. Newsweek has everything you need to know about the real St. Brice’s Day and what happened.

Yes, St. Brice’s Day is a real historical event. Known as the St. Brice’s Day massacre, on November 13, 1002, King Aethelred the Unready of England ordered the killing of Danes living in Anglo-Saxon England.

The order for the massacre was given by Aethelred in response to continuous Danish raids in the country. At the time of the massacre, Danelaw was in place, the northern part of England under Danish rule, but Aethelred had heard rumors of a Danish plot against him.

Fearing for his life, his kingdom and his place on the throne were in danger, he decided to act.

In 1004, Aethelred justified the massacre in a royal charter, in which he explained the need to rebuild St Frideswide’s Church, now known as the famous Christ Church Cathedral.

Aethelred wrote in his charter the Danes were “sprouting like cockle amongst the wheat” and were to “be destroyed by a most just extermination.”

He also explained St Frideswide’s Church was burned down in order to drive out the Danes shielding inside.

The charter read: “For it is fully agreed that to all dwelling in this country it will be well known that, since a decree was sent out by me with the counsel of my leading men and magnates, to the effect that all the Danes who had sprung up in this island, sprouting like cockle amongst the wheat, were to be destroyed by most just extermination, and thus this decree was to be put into effect even as far as death, those Danes who dwelt in the afore-mentioned town, striving to escape death, entered this sanctuary of Christ, having broken by force the doors and bolts, and resolved to make refuge and defence for themselves therein against the people of the town and the suburbs; but when all the people in pursuit strove, forced by necessity, to drive them out, and could not, they set fire to the planks and burnt, as it seems, this church with its ornaments and its books.

“Afterwards, with God’s aid, it was renewed by me.”

It is not known exactly how many Danes died in the massacre, but it is believed many influential Vikings were killed, including Norsewoman Gunhild (who appeared in the original Vikings series) and her husband, Pallig Tokesen, the Danish ealdorman of Devonshire.

In 2008, the skeletons of 34 to 38 young men between the ages of 16 to 25 were found during an excavation at St John’s College in Oxford before building work began.

An analysis of the numerous, brutal wound marks on the skeletons suggested they had been victims of St. Brides Day and radiocarbon dating suggested a burial date between 960 to 1020 AD, reported BBC News.

Lead author Mark Pollard, director of the Research Laboratory in the School of Archaeology, said in a statement at the time: “Our latest research suggests that it is possible that the grisly remains at St John’s College are the outcome of the documented massacre at St Frideswide’s Church in AD 1002.

“Evidence of knife wounds and the burning of the bodies are consistent with the story of the burning of the church. However, following the chemical analysis of the teeth and bones, we are presented with an alternative interpretation: that they could have been a group of professional warriors, rather than a group of residents of Danish origin who were later rounded up and massacred.”

The world’s most liveable cities for 2022

U.S. urges Azerbaijan to adhere to ceasefire with Armenia...

46 migrants found dead in back of truck in...

Toyota Shows It’s (Still) Going to Be Hard to...

The vice is tightening around Donald Trump as 2024...

Microsoft Outlook will alert you if your emails aren’t...

Hajj-Muslim pilgrims face losing out from online booking to...

Bernie Sanders says Democratic Party has ‘turned its back’...

Heisman Watch: Are Stroud, Hooker moving into a two-man...

Winamp, your parents’ favorite MP3 software, is back

An exiled actress stars in a piercing portrait of...

Hitting the Books: How crop diversity became a symbol...

Will China move on from Covid Zero?

Where Will Inflation Go From Here? (Audio)

Disney+ reaches 164.2M subscribers as it prepares for ad-supported...