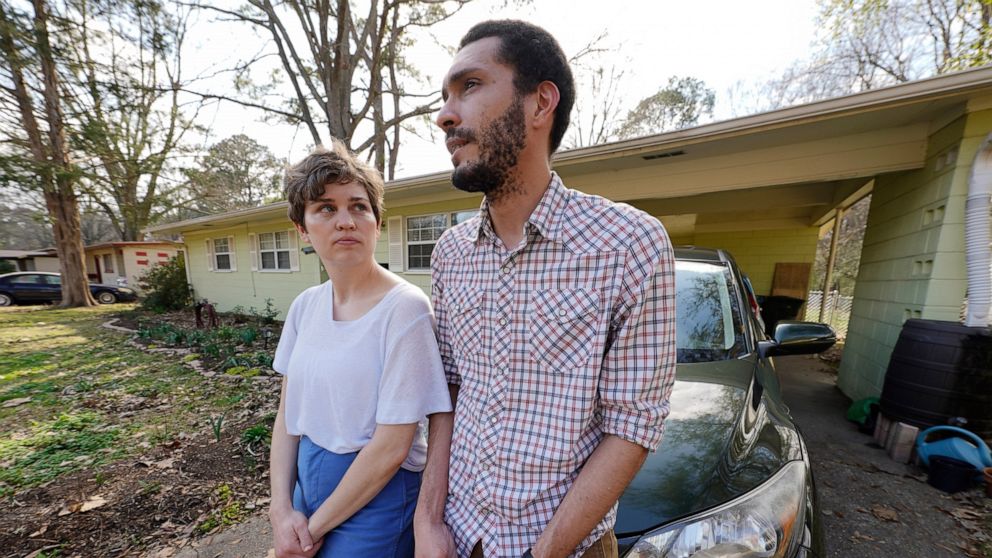 He’s Black and she’s white, and they said officers treat them differently. Rhoades, who works at a tourist site in Jackson, said she tries to have her ID ready to show officers and they often don’t even look at it.

They’ll just say, Go ahead, go through, she said Thursday.

Morgan, a banker, said he can’t recall officers ever waving him through without checking his license. Asked if he thinks he faces more scrutiny because he’s Black, Morgan said: “Oh, yeah, yeah, yeah. 100%.

Jackson which has a Black mayor, a Black police chief and a mostly Black police force has been using roadblocks for years, with multiple officers stopping vehicles to check for driver’s licenses and auto insurance and to try to find people who are wanted on arrest warrants. During a Feb. 14 news conference, Democratic Mayor Chokwe Antar Lumumba described them as useful tools to the police department.

These roadblocks are important when we have communities that have been plagued by carjackings, plagued by various forms of violence, Lumumba said.

Morgan and Rhoades are among several named plaintiffs in a lawsuit that the Mississippi Center for Justice filed Thursday to challenge the constitutionality of police roadblocks in Jackson.

The class-action lawsuit says Jackson police are violating people’s constitutional right to be free of unreasonable search and seizure by using roadblocks in majority-Black and low-income neighborhoods to try to catch crime suspects.

The police department started its latest roadblocks in January in an initiative it calls Ticket Arrest Tow.”

By routinely stopping people in certain neighborhoods for crime control purposes without any reason to believe they have committed crimes, (the initiative) treats them like wanted suspects as they drive to and from school or work or for other legitimate reasons, said the lawsuit.

A spokesman for the mayor’s office, Justin Vicory, said Thursday that the city does not comment on pending lawsuits. He referred to Lumumba’s Feb. 14 remarks about roadblocks.

People think that its roadblocks, and people took it wrong that were targeting a certain group of people,” Davis said. “Our intent is to get wanted individuals off the streets. We have outstanding warrants where people once again are wanted for murder, aggravated assault, carjacking, rape, drive-by shootings.

The police department said more than 100 felony arrests have been made at checkpoints since January.

Mississippi Center for Justice president and CEO Vangela M. Wade said the lack of a driver’s license, auto registration or liability insurance “hasnt been shown to be indicative of criminal behavior or intent. She said she understands the police chief and people in Jackson want to curb crime.

Our lawsuit is not intended to detract from the citys efforts but to ensure that everyones rights are respected and that disruptive measures are not unfairly imposed on majority Black and low-income neighborhoods,” Wade said in a news release Thursday.

Morgan and Rhoades said the roadblocks don’t make them feel safer, and they wish the city would spend money on other services. They have a baby daughter, and they said the park in their neighborhood has rickety bridges that are dangerous for strollers.

Morgan also said poor people might face cascading problems if they are caught without a driver’s license during a roadblock. They might have to miss work to get a new license or to have an outdated one reinstated.

That can throw your finances into a world of hurt, he said. Elon Musk will start laying off thousands of Twitter’s...

In Putin’s Ukraine quagmire, echoes of Soviet failure in...

How airline ticket scalpers took over the Chinese travel...

Some people in the US are rushing to get...

Vice President Harris calls for Congress to act amid...

Man convicted of threatening to kill Sen. Manchin and...

The Orioles’ dumb decision to move back the LF...

Space telescope’s image of star gets photobombed by galaxies

Devialet’s huge soundbar might not need a separate subwoofer

Everyone is wrong about the future of remote work

Kiwi Farms says it has been hacked and user...

Construction along Hollywood Walk of Fame set for 2023

What is gait analysis?

Wisconsin Twitter reacts to a disappointing loss at Iowa