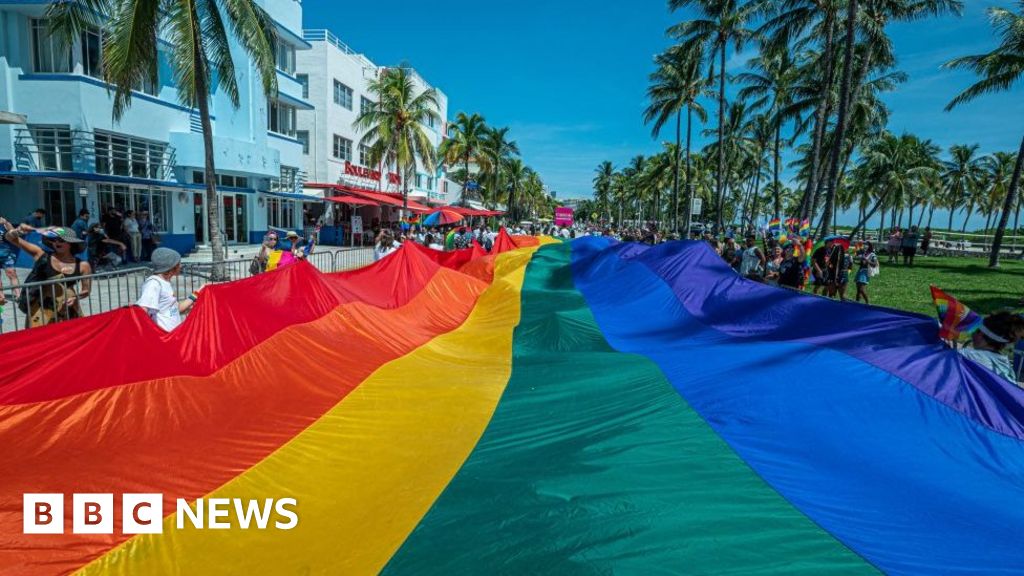 Legislation that bans the discussion of sexual orientation and gender identity in primary school classrooms has passed in Florida’s statehouse.

Governor Ron DeSantis has indicated support for the bill – dubbed “Don’t Say Gay” by critics – which now moves to the State Senate.

Mr DeSantis and others say the measure will empower parents to be more engaged in their children’s education.

But activists and parents warn it could stigmatise and isolate LGBT youth.

The ban on discussing LGBT topics will apply largely to sex education at the primary grade levels, but also when “not age-appropriate or developmentally appropriate for students”. It passed on Thursday in the state House of Representatives in a 69-47 vote.

“Every child has a right to speak honestly about their lives, a right to have access to a history that is honest and includes them, and a right to library books that reflect and include who they are,” said Nadine Smith, a queer mother and executive director of the Equality Florida non-profit.

“What we are seeing is the systematic erasure, or elimination of those resources for young people and a gag order imposed on educators,” she said.

The White House has sternly rebuked the bill as “designed to attack” LGBT youth, but it has the support it needs to pass through the state’s Republican-controlled legislature.

Backing the measure, Governor DeSantis – a Republican widely touted as a possible 2024 White House contender – said schools should avoid “entirely inappropriate” topics and instead be teaching science, history, civics and other lessons.

“Parents must have a seat at the table when it comes to what’s going on in their schools,” he said.

Critics protested last weekend against an amendment to the bill that would require schools to “out” – disclose a student’s sexual orientation – to parents within six weeks.

State Representative Joe Harding withdrew the proposal on Tuesday, saying he would focus on the bill itself “rather than battle misinformation related to the amendment”.

State laws that ban or constrain the discussion of LGBT life in classrooms – sometimes referred to as “no promo homo” laws – are not uncommon in the US.

According to Clifford Rosky, a law professor at the University of Utah, anti-gay curriculum laws currently exist in as many as 20 states.

The Florida bill goes a step further, allowing parents to directly sue schools districts and seek damages if they believe an educator has broken the law.

That is a nod to last year’s abortion bill passed in Texas, which permitted private citizens to sue anybody involved with an abortion taking place in the state. The Red Hot Chili Peppers on 40 years of music

Mark Pomerantz and the “People vs. Donald Trump”

The Sims 4’s new update could burn your house...

Ebola Shots Donated by Merck (MRK) to Be Tested...

Behind the Scenes of Hong Kong Disneyland’s Lunar New...

Solomons leader: Chinese base would make his people targets

Fresh vegetables and other fresh food can be yours...

Apple can now fix Face ID on the iPhone...

Florida is so cold iguanas are falling out of...

Astronomers witness the explosive death of a giant star...

England’s Slade and Lawes out of Scotland opener

Google Drive will now let you spot anyone snooping...

UK seizes Iranian missiles in international waters with US...

Many hourly workers are unhappy—even at the top companies

Omar, now a Dem unifier, faces down her GOP...

‘This madness has to stop’ — Canada slaps Russia with more sanctions