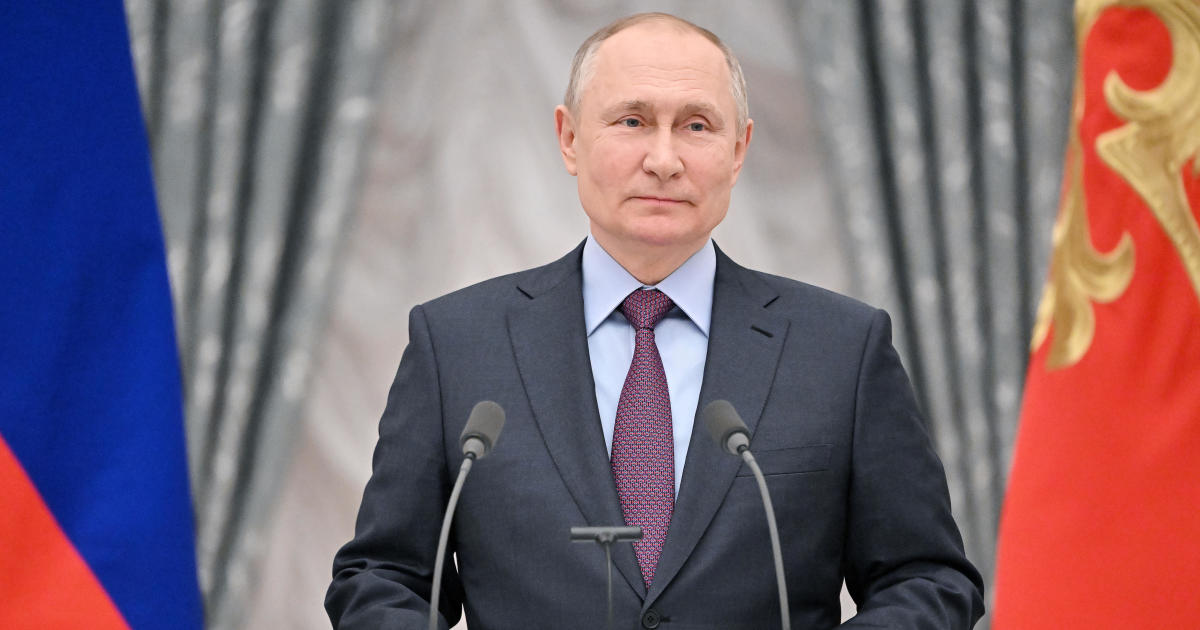 The attack came just two days after Putin recognized the self-declared “People’s Republics” of Donetsk and Luhansk, in eastern Ukraine’s Donbas region, as independent, sending shockwaves across the globe and a new round of sanctions from the West. Putin also ordered Russian forces into the two “republics,” for what he called “peacekeeping functions.”

Secretary of State Antony Blinken called Russia’s move to recognize the two territories “a clear attack on Ukraine’s sovereignty and territorial integrity,” and on Tuesday, President Biden said Russia’s invasion of Ukraine had begun. Ukrainians — both the country’s military and its civilians — have been bracing for an expansion of the eight-year war in Donbas for weeks.

On Wednesday, the government in Kyiv called up military reservists and lawmakers approved a national state of emergency. The emergency declaration gave authorities more power to “strengthen security of public places” outside of Donetsk and Luhansk, Ukraine’s national security chief Oleksiy Danilov said.

A map shows the Donetsk and Luhansk regions of Ukraine.

In response to Putin’s recognition of the breakaway regions Monday, Mr. Biden issued an executive order barring “new investment, trade and financing by U.S. persons to, from, or in” Donetsk and Luhansk and imposing sanctions that target the regions.

Russia had massed roughly 190,000 forces near the Ukrainian border, and Mr. Biden on Friday said he was “convinced” Putin had decided to invade. Dad Shares Food Hack for ‘When Your Kids Say...

Sweet or not? German farmer trials solar roofs for...

‘The Crown’ Season 5—Did Princess Diana’s Brakes Fail When...

The Federal Reserve Needs to Get a Lot More...

To drive more sales, use shopper-generated content to personalize...

Hollywood’s Most Political Filmmaker Should Stick to Sports

Dems, GOP court Latinos on the economy in Nevada’s...

Two families meet again after letter brought them together...

Musk warned he ‘can’t cut his way to growth’...

Amazon, Microsoft and Starbucks teaming up to address homelessness...

At The Coalface: The Readout With Allegra Stratton

U.S. crypto operations consume as much electricity as home...

Michigan man to get life sentence in killing, mutilation

Here’s how to stream the 2022 Super Bowl

Girl hidden in Germany for years by family prompts...

Experts are predicting a summer of travel chaos. Here’s...

Former Honduran President Hernandez Pleads Not Guilty to US...