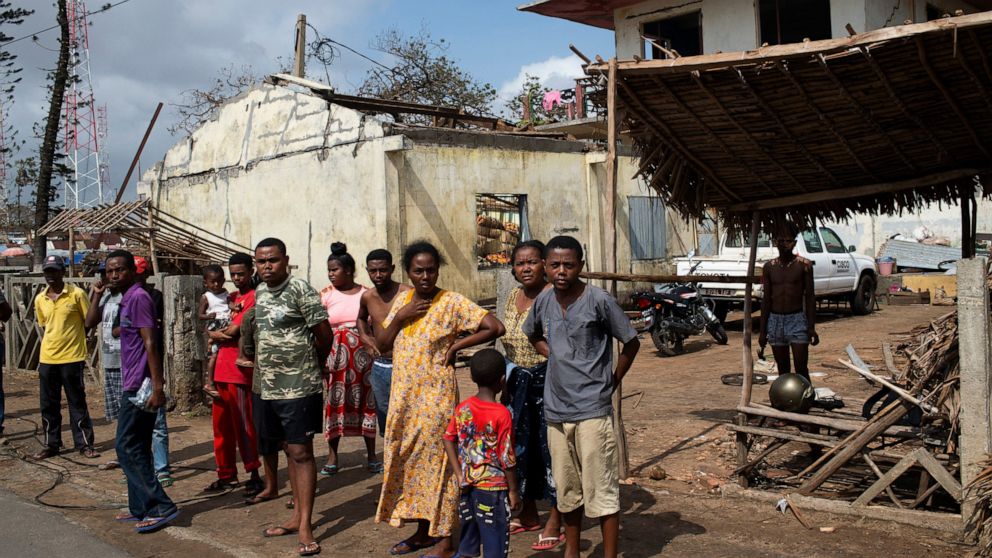 ANTANANARIVO, Madagascar — Cyclone Emnati crashed into the southeastern coast of Madagascar in the early hours of Wednesday, ripping roofs off houses and raising fears of flooding and food shortages in a region still recovering from the destruction inflicted by another tropical storm just weeks ago.

More than 30,000 people were moved to safe accommodation before Emnati arrived and Madagascar’s National Office for Risk and Disaster Management estimates more than 250,000 people could be impacted by the latest cyclone.

There were no immediate reports of deaths or injuries from Emnati, but local authorities reported extensive damage to houses and other buildings in at least one southeastern city.

Madagascar, an island off the east coast of Africa renowned for its wildlife and unspoiled natural treasures, has now been hit by four major tropical storms in the last month, killing nearly 200 people already and compounding issues of food insecurity. A drought in the south of the country left around 400,000 at risk of starvation last year, according to the U.N. World Food Program.

A string of aid agencies warned that Emnati will be a double blow for the eastern and southeastern regions that were hit by Cyclone Batsirai early this month. Batsirai ultimately left more than 120 people dead and displaced 143,000. More than 20,000 houses were destroyed or damaged by Batsirai, the U.N. Office for the Coordination of Humanitarian Affairs said, and more than 21,000 people remain displaced.

The U.N. humanitarian office said before Emnati arrived that it was in a race against time to protect people again.

Emnati made landfall around midnight local time in the district of Manakara Atsimo in the southeast, with average sustained winds of 135 kph (84 mph) and gusts as strong as 190 kph (118 mph), Madagascars Department of Meteorology said. Six regions in the southeast are on red alert, most of them already hard-hit by Batsirai.

We cant go out so its hard to see what happened but from what I can see from the gendarmerie barracks, theres a lot of damage. Many houses no longer have roofs, said Lt. Col. Harinaivo Randriamihajamanana, the commander of the Gendarmerie Group in the Fitovinany region and based in the city of Manakara. We have not received any calls because the telephone communication has been very disrupted. We have had no electricity and water since yesterday (Tuesday) morning.

The Emnati system had weakened as it worked its way over the Indian Ocean toward Madagascar, the meteorology department said, but it warned that flooding was still likely.

Manakara resident Gabriel Filiastre said his family joined others in taking refuge inside the main hall of a hotel where he works as Emnati hit.

My house is completely flooded,” Filiastre said. “We couldnt sleep inside. Its a wooden house. I saw a lot of houses around our house that are destroyed. For us, this cyclone did more damage than the one before.

Even in the hotel there is a lot of damage. One of the walls collapsed … the roof tiles have been blown away and some of the ceilings of the rooms have collapsed. We need help.”

The U.N. World Food Program and other aid organizations have warned of the risk of critical food shortages due to crops being destroyed and transport links disrupted. Forecasters have also predicted eight to 12 more cyclones in the Madagascar region before the cyclone season normally ends in May.

Emnati is expected to cross the southeastern part of Madagascar and spin out to sea again, according to the meteorology department, meaning it should miss mainland Africa, where previous cyclones have also caused deaths and destruction.

Should bad science be taken off social media?

Jack Kehler, character actor in ‘The Man in the...

Douglas Murray: Even ‘dead White male’ Aristotle can be...

Ukraine invasion: What to know as Russian forces target...

Timeline of NATO expansion since 1949

World Snooker Championship: Pigeon disrupts the snooker at the...

Opinion | I’ve Been an Oakland Lefty My Whole...

Lake Mead’s body in barrel is victim who was...

Alternatives to Ikea’s sold-out Kallax bookcase you can buy...

Fish fell from the sky in East Texas

DeSantis hits back against Newsom’s attacks: ‘People vote with...

On The Money — Biden warns prices to go...

What is the CROWN Act and what do advocates...

Maybe a Webcam in the Bedroom Wasn’t the Best...

Hearts of Talent: The contest that’s not all about...

Google is charging ahead with its plan to replace...

Death, danger, despair: A year in Myanmar under the...

US promises new aid to Ukraine in fight against...