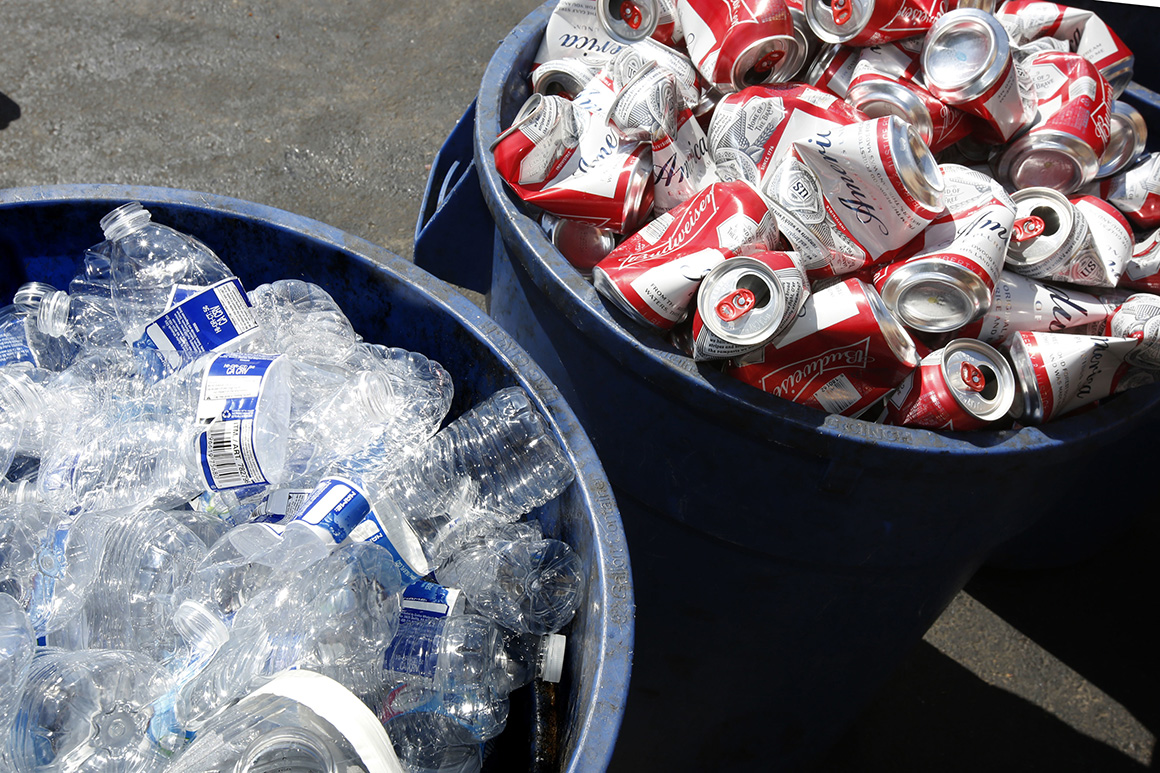 John Hewitt, vice president of packaging sustainability at the Consumer Brands Association, which represents companies including General Mills, Coca-Cola and Procter & Gamble, said the legislation strikes the right balance between state oversight and flexibility for the companies that will run the program.

The group is pushing for several amendments, including removing the 25 percent reduction target so producers can determine what goals are achievable, according to testimony submitted for a Maryland Senate hearing last week.

A producer responsibility organization with flexibility can respond to market needs, in terms of waste infrastructure and how to efficiently use the money, Hewitt said in an interview.

But the groups subsequently lobbied against laws enacted in Maine and Oregon, arguing that companies should have more control over how the programs are designed and the revenue is spent. Critics of that approach say that wont change the status quo, where recycling rates have stagnated at about 32 percent and plastic pollution continues to rise.

If Marylands bill passes, it would be the first extended producer responsibility policy to win industry support. It differs from Maine and Oregons bills by giving more control to industry: Maines law directs state regulators to design the program and set packaging fees through a public rulemaking process, for example, while Marylands would let companies set the fees based on a state analysis.

Environmental advocates including U.S. PIRG and Trash Free Maryland also support the bill. Martha Ainsworth, chair of the Maryland Sierra Clubs Zero Waste Team, said her group does, too, contingent on several major additions aimed at holding packaging makers accountable. There should be more hard targets and stiff penalties if producers miss them, such as requiring that plastic bottles be made with at least 25 percent recycled material by 2030, according to testimony prepared for Maryland lawmakers.

Critics say the fines in the bill are too low, starting at $5,000 for the first violation.

They spend that on lunch, said Heidi Sanborn, executive director of the National Stewardship Action Council. Youve got to have a penalty that hurts enough to matter.

Maryland State Sen. Malcolm Augustine, the bills sponsor, said the penalties account for smaller companies, but he suggested they could be changed as the bill advances through the General Assembly.

Were still defining who is a producer, Augustine said.

Meanwhile, the same industry groups supporting Marylands EPR bill are opposing another proposal that would ban the widely recognized symbol for recycling a chasing-arrows symbol on products that cant be widely recycled in the state.

What theyre trying to do is kill the good bill thats going to change the labeling and help people, and then get control of the system with almost no oversight, Sanborn said.

In California, environmentalists frustrated by the demise of EPR packaging legislation the past two years have placed a tax proposal on the November ballot.

California residents may vote in November on a ballot initiative that would ban styrofoam, tax plastic packaging and foodware and devote the proceeds to recycling infrastructure and environmental restoration. It would also establish a 2030 deadline for all packaging to be recyclable, reusable or compostable.

In-state industry groups like the California Manufacturers and Technology Association have come out against the initiative. The Consumer Brands Association hasnt taken a position but is backing legislation as an alternative. The group is arguing for a broader focus than just plastic, and offering to agree to a fee on their products which would require a two-thirds vote of the state Legislature, under Californias rules for tax increases. They would have to reach an agreement no later than June in order for environmentalists to remove the initiative from the ballot.

Any meaningful environmental legislation is a challenge, and it is going to be difficult to thread the needle, Hewitt said. Producers are ready and willing to bring funding to the table. Biden describes Russia as eager to expand into Ukraine

Samsung Galaxy S21 FE is official, and now we...

PS5 has reached another sales milestone in the UK...

Here’s why you can’t watch the Super Bowl in...

The woman behind the State Dept. bureau rushing security...

Shure debuts a new look and improved sound for...

Namibian LGBTQ+ model Gracia Kibangu: ‘I had to live...

Odd Lots Newsletter: First the Story Changes, Then the...

6 things an iPhone Flip could do to beat...

Amber Heard paid under half of $3.5M pledged to...

Met PC who went on Nigerian Big Brother gets...