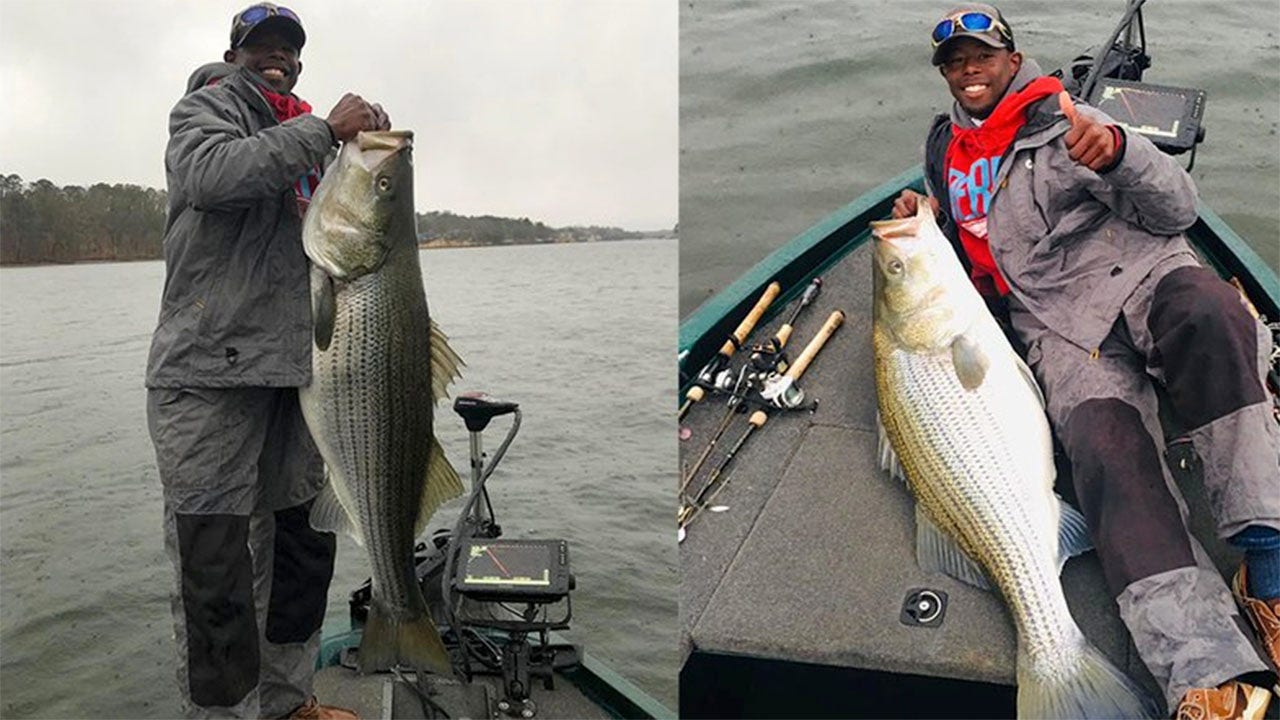 An angler participating in a fishing tournament may have caught a new state record striped bass in Arkansas. Unfortunately, he released the fish back into the water before getting it weighed or officially measured.

Stephen Tyson Jr. caught the large striped bass while participating in the Phoenix Bass Fishing League tournament on Lake Hamilton in Hot Springs. According to the Arkansas Game and Fish Commission, the lake is stocked with stripers, as are several other lakes in the northern parts of the state.

Tyson had been fishing for black bass. Once he hooked a fish, he realized he had something pretty large on his line.

The Arkansas record for striped bass is 64 pounds, 8 ounces and was set at Beaver Lake in 2000.

“It gave me a fight,” Tyson told the Arkansas GFC. “I was in a tournament and in (black) bass fishing mode and I had found some nice bass. I saw this big fish (on my scope) and my first thought it was a bass and I saw it come off the bottom and eat my bait.”

Stephen Tyson Jr was fishing for black bass when he caught a fish he thinks could have been a state record.

The Arkansas record for striped bass is 64 pounds, 8 ounces and was set at Beaver Lake in 2000.

While he doesn’t know the exact weight of the fish, Tyson had previously caught a fish that weighed just over 50 pounds and he believes that this fish was much heavier.

After taking photos, he let the fish back into the water.

“When I released it, it really sank in, You let that one go,” he said. “The one thing I regret is not getting it weighed. But at that moment, it was literally the first 5-10 minutes of the tournament. Im not going to stop fishing for bass. Starting out that fast, I knew I had a chance of at least 20 pounds. But then catching a striper that size, oh my god. Its a fish of a lifetime.”

Want to hear Sonus faber’s 21-speaker setup in a...

Drivers change habits and airlines may raise prices and...

This nasty Amazon Ring vulnerability could have exposed all...

Crews are combing through devastated neighborhoods in the New...

Florida LGBTQ Democrats blast their own party over ‘unforced...

A Housing Market Crash Could Hit These 20 Cities...

The maker of a gun used in the Texas...

Brazil’s Bolsonaro says he will seek audit of voting...

Red Retriever Delights Internet as He ‘Does Not Appreciate’...

The latest on the Russian invasion of Ukraine

How Far Can The Market Fall? (Radio)

Blinken arrives in Moldova with reassurances

Bill Roggio on state of counterterrorism fight in Afghanistan...

Biden leaves no doubt: ‘Strategic ambiguity’ toward Taiwan is...

What to know about the XE variant and why...

Kurt Wagner on the Markets (Audio)

Microsoft is making a big change to some of...

A Test of Wills Between Putin and the West