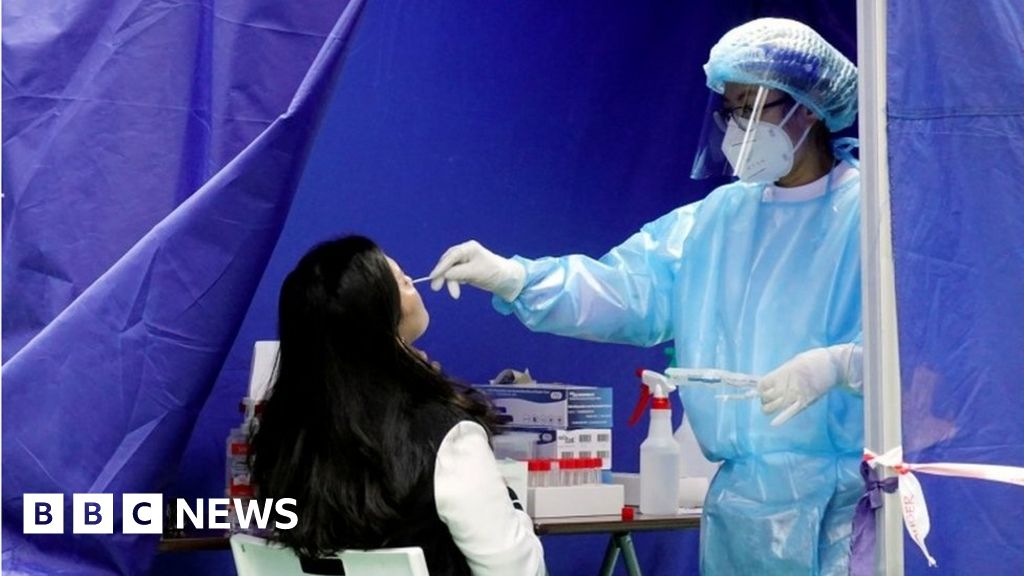 Image caption, Hong Kong is one of the most densely populated cities in the world

Hong Kong’s government has ordered the compulsory testing of all of its 7.5 million citizens as the city battles surging coronavirus infections.

Schools will break early for summer and strict social distancing measures and travel curbs remain in place there.

The highly contagious Omicron variant has overwhelmed hospitals and testing and quarantine facilities this year.

Thousands of new cases are being reported in the former British colony every day. Mainland Chinese officials have been drafted in to help Hong Kong deal with an exponential rise in infections.

“The coming one to three months are crucial in fighting the pandemic,” Ms Lam told reporters. “This quickly worsening epidemic has far exceeded the Hong Kong government’s ability to tackle it, so there is great need for the central government’s support in fighting the virus.”

It’s the first time everyone in the territory has been tested – a policy enacted elsewhere in mainland China.

Authorities in Hong Kong, which had been hailed for its pandemic control over the past two years, are trying to adhere to the mainland’s “zero Covid” strategy.

Opinion | Why Pandering Was Always the Wrong Choice...

New Private Club Heimat Aims to Be a Sweat-Driven...

Watchdog has concerns with projects at US nuclear repository

England players jeered for taking a knee in Hungary...

Police: Gunman who opened fire at an Indianapolis-area mall...

Bangladesh floods: ‘I have nothing left except my life’

Glencore pays up to $1.5B to resolve corruption claims

Petito family lawsuit likely an effort to get notebook...

145 Things Donald Trump Did in His First Year...

Kellyanne Conway: Biden is not paying attention to the...

US Secret Service: Two sent home after ‘incident’ in...

Brent up as strike in Norway threatens to disrupt...

Rwanda genocide: ‘I forgave my husband’s killer – our...

Coinbase CEO Says No Risk of Bankruptcy Amid ‘Black...

Russia on brink of default as debt deadline looms

A coastal town in fear of the sea

Boost Mobile returns as Boost Infinite and it might...

White House official: 'This is the beginning of an invasion'