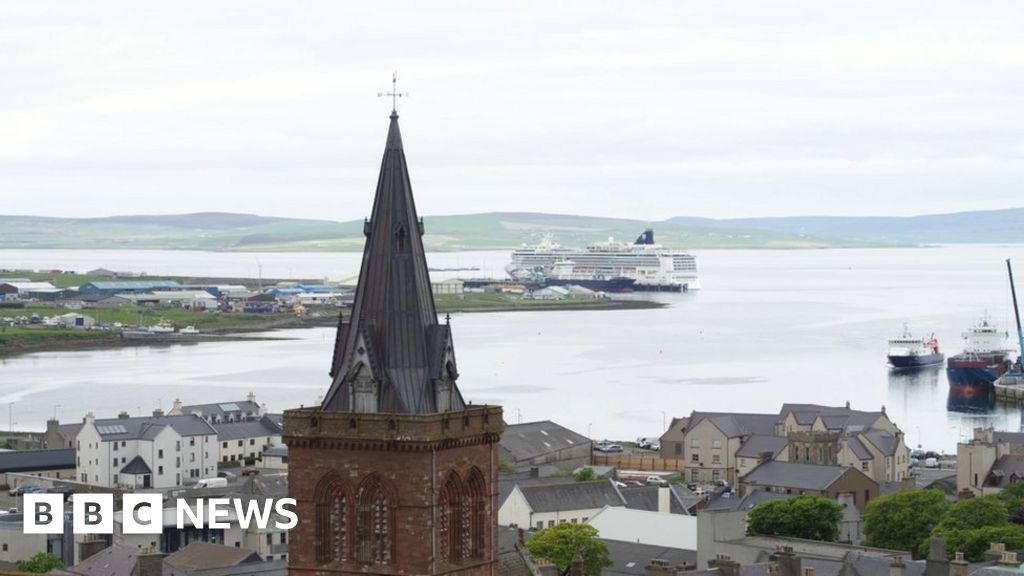 A proposed 7.7% council tax rise in Orkney has been rejected in favour of a 3% increase.

Local authorities have been given complete freedom to set rates in 2022 after a council-tax freeze last year.

Orkney councillors decided a possible 7.7% rise would not be fair on the local population, but also that a council-tax freeze was not economically realistic.

Members voted 14 to 10 in favour of the increase, instead of a freeze.

As part of the Scottish government budget, Finance Secretary Kate Forbes announced a £150 discount for homes in bands A to D amid the cost-of-living crisis and rising energy bills.

Council tax rates have either been frozen completely or capped at 3% since the SNP came to power in 2007.

Aberdeenshire Council is due to make a decision on Wednesday, followed by Aberdeen City Council on 7 March. WATCH: Pair of Dallas takeaways close the door on...

After the rain comes the heat in flooded Kentucky...

Calls for Clarence Thomas Recusal Intensify in Wake of...

Russell Wilson keeping emotions out of season opener against...

Once a retail giant, Kmart down to 3 stores...

Microsoft Edge will soon include a free built-in VPN

Bisexuality more visible but ‘work to do’ on safety

MWC to bar some Russian companies from next week’s...

William Wragg: Tory MP will not stand at the...

Wyden: Justice Thomas should recuse himself from Jan. 6...

What Meloni means for America

Why I’ve just bought a compact camera instead of...

Bus cap fare: England charges to be held at...

Russell Westbrook is focused on building a business empire

Girl from Italy dies after statue falls on her...

US warns China against helping Russia in Ukraine

The Physics of Scuba Diving

Ubisoft and Riot are going to use AI to...

Pat Lam: Bristol squad will be ‘improved’ and ‘stronger’...

Impending recession unlikely to be brief or shallow if...

Amazon warns 'Lost Ark' players in central Europe that its servers are...

Ukraine-Russia crisis: What to know in the escalating crisis