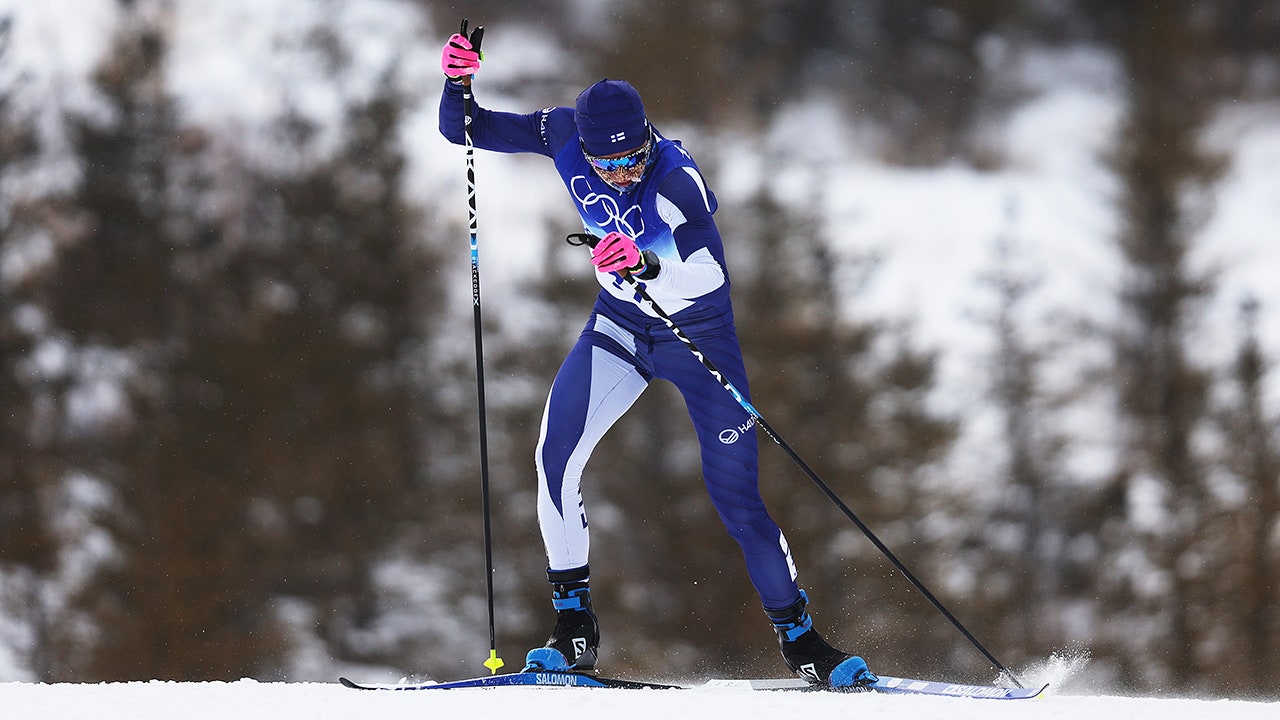 A Finnish skier competing in a men’s cross-country skiing race at the 2022 Winter Olympics in Beijing suffered damage to his equipment on Saturday, but just not what you might expect, according to a report.

“You can guess which body part was a little bit frozen when I finished … it was one of the worst competitions I’ve been in,” Lindholm told Finnish media. “It was just about battling through.”

Remi Lindholm of Team Finland competes during the Men’s Cross-Country Skiing 50km Mass Start Free on Day 15 of the Beijing 2022 Winter Olympics at The National Cross-Country Skiing Centre on February 19, 2022, in Zhangjiakou, China. The event distance has been shortened to 30k due to weather conditions. (Photo by Lars Baron/Getty Images)

The 50km race was first delayed by an hour and then shortened to 30km to protect the competitors, who wore thin suits that offered little protection from the wind and cold weather.

Organizers had been worried about frostbite, according to the news organization.

After the race, Lindholm said he needed a heat pack to thaw out his downstairs appendage.

“When the body parts started to warm up after the finish, the pain was unbearable,” he added.

Despite the injury, Lindholm still managed to place 28 in the 60-skier event.

He finished with a time of just under an hour and 16 minutes — about four minutes slower than Alexander Bolshunov of the Russian Olympic Committee (ROC), who won gold in the event.

Lindholm noted it was the second time his penis became frozen during a cross-country skiing race.

Remi Lindholm of Finland in action competes during the men´s 15km classic cross-country skiing during the Beijing 2022 Winter Olympics at The National Cross-Country Skiing Centre on February 11, 2022, in Zhangjiakou, China. (Photo by Tom Weller/VOIGT/DeFodi Images via Getty Images)

A similar incident happened in Ruka, Finland, last year, he said, according to Reuters.

As Academy’s diversity initiative looms, some wonder if viewers...

These Are the Next Strikes Planned for UK Trains...

US reveals Russia may plan to create fake pretext...

The Taliban order a return to the burqa

NEC’s Fahnbulleh: UK’s BoE Should Not Be Hiking Rates...

The next Android update is bringing a much-missed feature...

Welsh secretary backs Boris Johnson even if he is...

Jussie Smollett gets 150 days in jail for faking...

Karl Rove: Republicans should not allow ‘soft-pedaling’ of Jan....

Apologizing for the Gospel

Special Ticket Offer for Drawn to Life Presented by...

US gun control: Bill clears first hurdle in US...

UK soldier AWOL amid fears he is heading to...

Ronnie Spector’s husband says the ‘Be My Baby’ singer...

Trump asks judge to halt civil investigation into his...

Sri Lanka crisis: How do you fix a broken...

One of Apple TV Plus’ best shows is free...

Actress and author Danica McKellar on her new children’s...