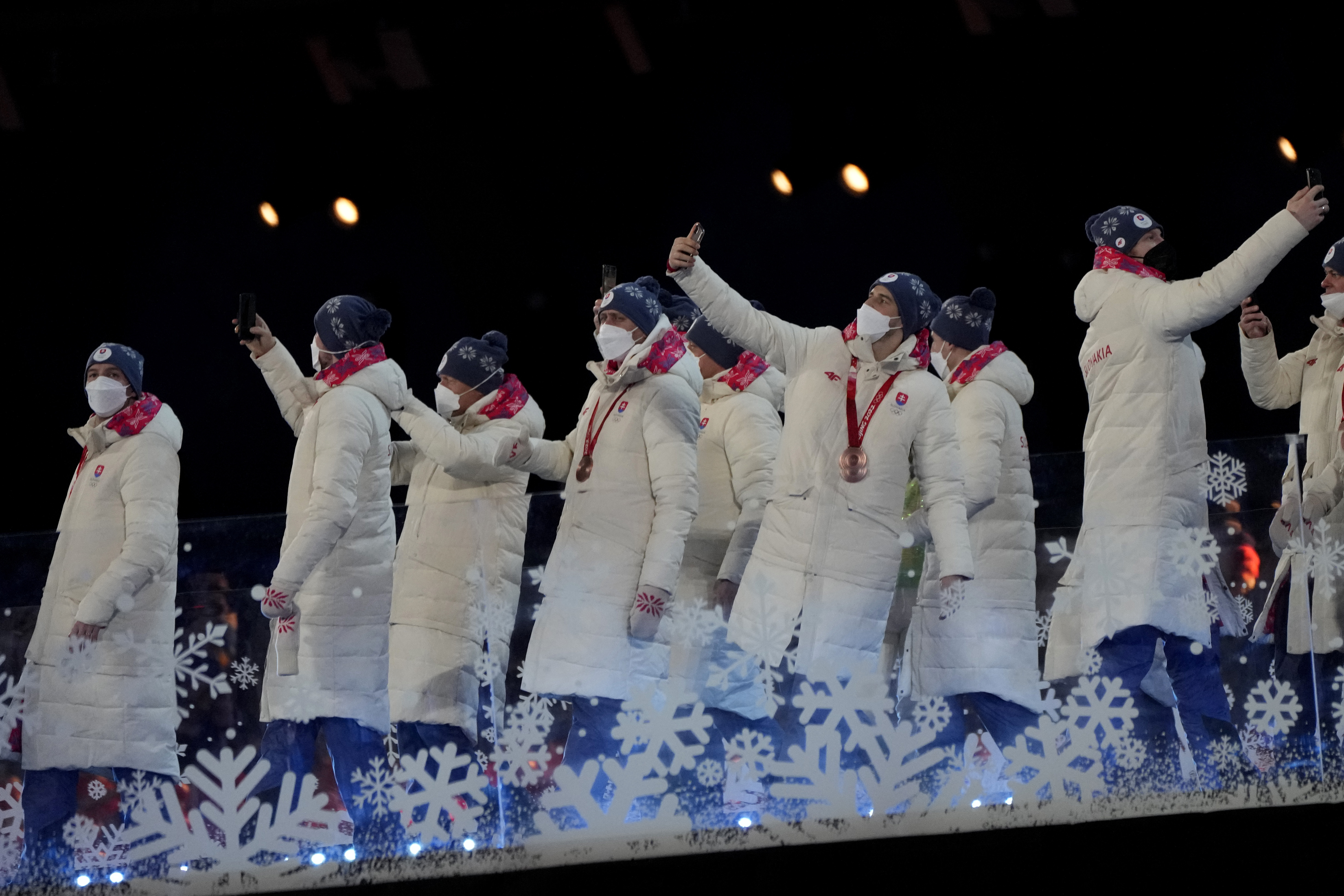 Unlike the first pandemic Olympics in Tokyo last summer, which featured all but empty seats at the opening and closing, a modest but energetic crowd populated the seats of Beijings Birds Nest stadium. It felt somewhat incongruous a show bursting with color and energy and enthusiasm and even joy, the very things that couldnt assert themselves inside authorities Covid bubble.

By many mechanical measures, these Games were a success. They were, in fact, quite safe albeit in the carefully modulated, dress-up-for-company way that authoritarian governments always do best. The local volunteers, as is usually the case, were delightful, helpful and engaging.

The Chinese people embraced these Games. Even in the closed loop, we could make this experience of excitement, of warmth, of hospitality and of friendliness, Bach said Friday.

There was snow most of it fake, some of it real. The venues many of them, like the Birds Nest and the Aquatic Center, harvested from the 2008 edition of the Beijing Olympics performed to expectations. One new locale, Big Air Shougang, carved from a repurposed steel mill, was an appealingly edgy mashup of winter wonderland and rust-belt industrial landscape.

TV ratings were down, but streaming viewership was up: By Saturday, NBC had streamed 3.5 billion minutes from Beijing, compared to 2.2 billion in South Korea in 2018.

There were no major unexpected logistical problems, only the ones created deliberately to stem the spread of COVID in the country where the coronavirus first emerged more than two years ago.

And stemmed it seemed to be. As of Saturday, the segregated system that effectively turned Beijing into two cities one sequestered, one proceeding very much as normal had produced only 463 positive tests among thousands of visitors entering the bubble since Jan. 23. Not surprisingly, the state-controlled media loved this.

The success in insulating the event from the virus and keeping disruption to sports events to a minimum also reflected the effectiveness and flexibility of Chinas overall zero-Covid policies, the pro-government Global Times newspaper said, citing epidemiologists who say the Covid-19 prevention experience accumulated from this Olympics can also inspire Chinese cities to adjust their policies.

Look deeper, though, and a different story emerges about these Games.

Internationally, many critiqued them as the authoritarian Olympics and denounced the IOC for holding them in concert with a government accused of gross human rights violations against ethnic Uyghurs and Tibetans in its far west and harsh policies against Hong Kong democracy activists off its southeastern coast. Several Western governments boycotted by not sending any official delegations, though they sent athletes.

For its part, China denied such allegations, as it typically does, and featured a Uyghur as part of its slate of Olympic torch-carriers for the opening ceremony Feb. 4.

And then, of course, there were the Russians. And doping. Again.

The 15-year-old Russian figure skater Kamila Valieva tested positive for using a banned heart medication. The result wasnt announced by anti-doping officials until after shed won gold as part of the team competition, even though the sample was taken weeks earlier.

The Court of Arbitration for Sport cleared her to compete in the individual discipline, ruling that as a minor she had protected status. But Valieva, although heavily favored to win, fell several times during her free skate routine, landing her fourth place and prompting a cold reception from her embattled coach, Eteri Tutberidze.

Rather than giving her comfort, rather than to try to help her, you could feel this chilling atmosphere, this distance, Bach said the next day, proclaiming his outrage.

Valievas Russian teammates took gold and silver, but on a night of drama, even the winners were in tears. The affair produced one possible legacy for Beijing: Valievas ordeal has inspired talk of raising the minimum age for Olympic skaters from 15 to 17 or 18.

American skier Mikaela Shiffrin also came to Beijing with high expectations, only to see them dashed when she failed to finish three races. She left without any medal at all. In an image to remember, the TV cameras captured Shiffrin sitting dejectedly on the snow, head in hands, for several minutes.

The 2022 Games were controversial from the moment the IOC awarded them to Beijing, the frequently snowless capital of a country without much of a winter sports tradition. Almaty, Kazakhstan, was the only other city in play after four other bids were withdrawn due to lack of local support or high cost.

Geopolitical tensions also shadowed these Games, with Russias buildup of troops along its border with Ukraine spurring fears of war in Europe even as the Olympic Truce supposedly kicked in.

China swelled with pride, and its social media swelled with comments, as Eileen Gu, an America-born freestyle skier who chose to compete for China, her mothers native country, became an international superstar. Her three medals — two gold, one silver set a new record for her sport, and adulation for Gu literally broke the Chinese internet at one point, briefly crashing the servers of Sina Weibo, the massive Twitter-like network.

Other moments to remember from Beijing 2022:

With a nearly perfect free skate and a record-setting short program, the 22-year-old figure skater Nathan Chen became the first American gold medalist in his sport since 2010.

Snowboardings best known rider, Shaun White, called it a career after finishing fourth in the halfpipe in his fifth Olympics, passing the torch to athletes like Su and the halfpipe gold medalist, Japans Ayumu Hirano.

American boarder and social media figure Chloe Kim won the gold in halfpipe for the second time, adding to her 2018 medal from Pyeongchang.

Norway, a country whose total population of 5 million is less than one half of one percent of the host countrys, led the medal count, as it often does. Russia was second, followed by Germany, Canada and the United States.

These third straight Games in Asia, after Pyeongchang in 2018 and the delayed Tokyo Summer Games six months ago, were also the second pandemic Games. And the 16,000 athletes and other international visitors who spent the entire time segregated from the host city behind tall chain-link fences couldnt help but see the countless signs trumpeting unremitting iterations of the Olympic slogan: Together for a Shared Future.

But for much of these austere and distant Games, wintry not only in their weather but in their tenor itself, a post-pandemic shared future the hug-and-harmony variety that the Olympics builds its entire multinational brand around seemed all but out of reach. Concern is growing over coercion in USDA chicken rule

The 5G-airline snafu: Everything we know

Cut off by volcano, Tongans relieved as contact restored

Whoopi Goldberg: Abortion is between ‘my doctor, myself and...

Man released after Barnet stabbing of mother and young...

Are free games worth the price?

Next stop Kyiv – the battle on the capital’s...

Ukraine Latest: Explosions in Kyiv for First Time Since...

Pedestrian critically ill after being hit by car

Russia built an economy like a fortress but the...

As Wildfires Get More Extreme, Observatories Are at Greater...

MEPs object to including gas, nuclear in green investment

US looks to ward off Ukraine conflict in talks...

Live: PlayStation Plus relaunch as it happens – is...