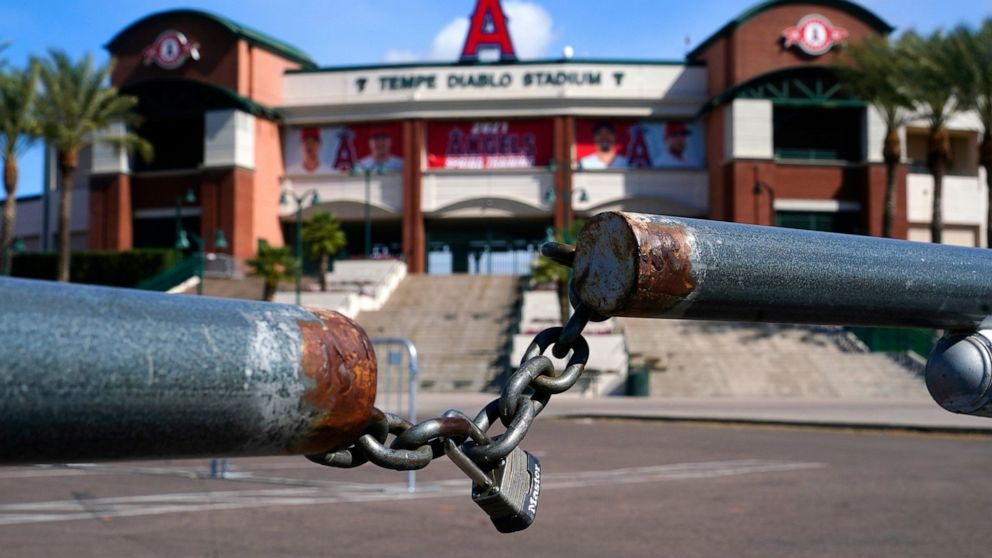 Bruce Meyer, the unions chief negotiator, was expected to be joined by players. The site of negotiations is about 3 miles from the home of New York Mets pitcher Max Scherzer, among the eight players on the union’s executive subcommittee.

The ballpark usually would be the spring training home of the Miami Marlins and St. Louis Cardinals at this time of year, but workouts failed to start on time last Wednesday due to baseball’s ninth work stoppage, it’s first since 1995.

Monday’s session will be just the seventh on core economics since the lockout started Dec. 2, and the sides have met on consecutive days just once, on Jan. 24 and 25. MLB said Friday that it intended to have meetings with the union every day in the coming week.

While owners and players have participated by Zoom, the only ones to attend a session in person have been Monfort and free-agent reliever Andrew Miller, on Jan. 24.

Until now, all talks during the lockout had been in New York at the offices of MLB and the players’ association.

MLB told the union that Feb. 28 is the last possible day to reach an agreement to allow openers on March 31, given the desire for four weeks of workouts and additional time to ratify an agreement and have players report to camps in Florida and Arizona.

Will Smith and more celebrate their SAG Award nominations

Documentary to be released on Gabby Giffords’s recovery from...

Russia reacts to sanctions amid military action in Ukraine

US Oil Company Denbury to Explore Options Including Sale

Covid in Scotland: No return to restrictions and panic,...

U.S. Bans Russia’s Aeroflot and Other Airlines From Receiving...

Dallas officers charged with assault for alleged actions in...

Louis C.K. Film ‘Fourth of July’ to Screen This...

Australian charged with shooting at windows inside airport

Is A Recession Coming?

Lawyers for Trump and niece Mary Trump spar over...