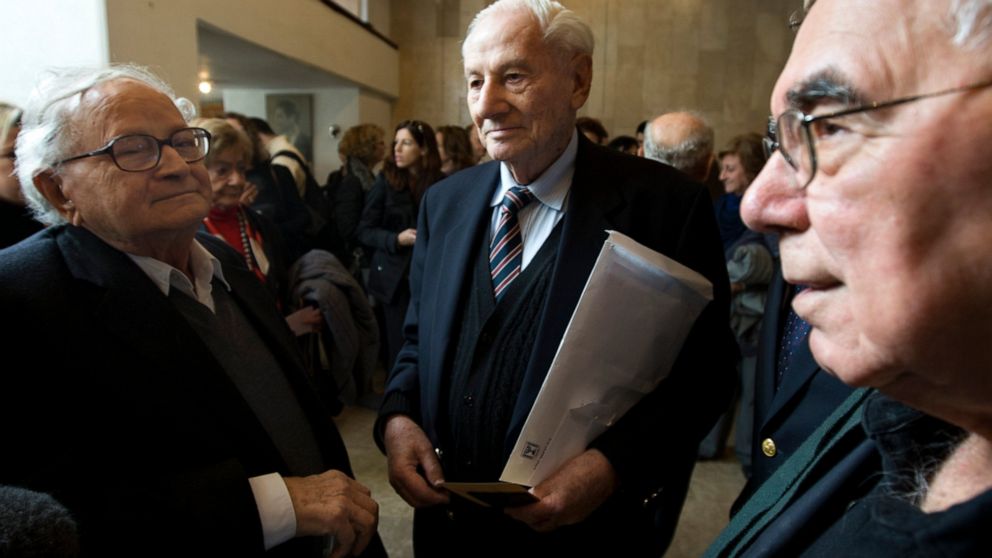 JERUSALEM — Gabriel Bach, a prosecutor in the 1961 trial of notorious Nazi Adolf Eichmann who went on to serve on Israel’s Supreme Court, has died. He was 94.

The Israel Judiciary Authority on Friday announced his passing. It did not provide a cause of death.

Bach served as a state’s attorney during Eichmann’s high profile trial in Jerusalem and worked on evidence-gathering in the case under lead prosecutor Gideon Hausner.

Eichmann, one of Nazi Germanys main organizers of the Holocaust, was captured by Israeli Mossad agents outside Buenos Aires, Argentina, in 1960. He was put on trial in Jerusalem in 1961 and found guilty of crimes against humanity, crimes against the Jewish people and war crimes. He was executed in 1962.

If any person deserved death it was him, Bach said in a 2017 interview by Holocaust remembrance organization International March of the Living.

Bach was born in Germany in March 1927 and fled the country with his family in 1938, just one year before World War II broke out. He eventually immigrated to British Mandate for Palestine in 1940.

In 1982, Bach took the bench as a justice on Israels Supreme Court, where he served for 15 years.

Bach was to be laid to rest Sunday at Jerusalems Har Hamenuchot cemetery.

Memory foam vs hybrid mattresses: which is the best...

Northern Ireland protocol: No trade war with EU if...

The EU could make all phones have the same...

Your Evening Briefing: Retailers Bring Wall Street to Its...

Apple’s Mac Studio Is a Mightier Desktop for Creative...

Inflation Named as Top U.S. Problem by Most Americans...

Taiwan Says Ukraine War Lessons Will Be Used in...

EU envoy in Tehran amid hopes to restore nuclear...

Seattle students walk out of classrooms over lifting of...

Gunman who killed three daughters in California church was...

The Best Podcasts for Everyone