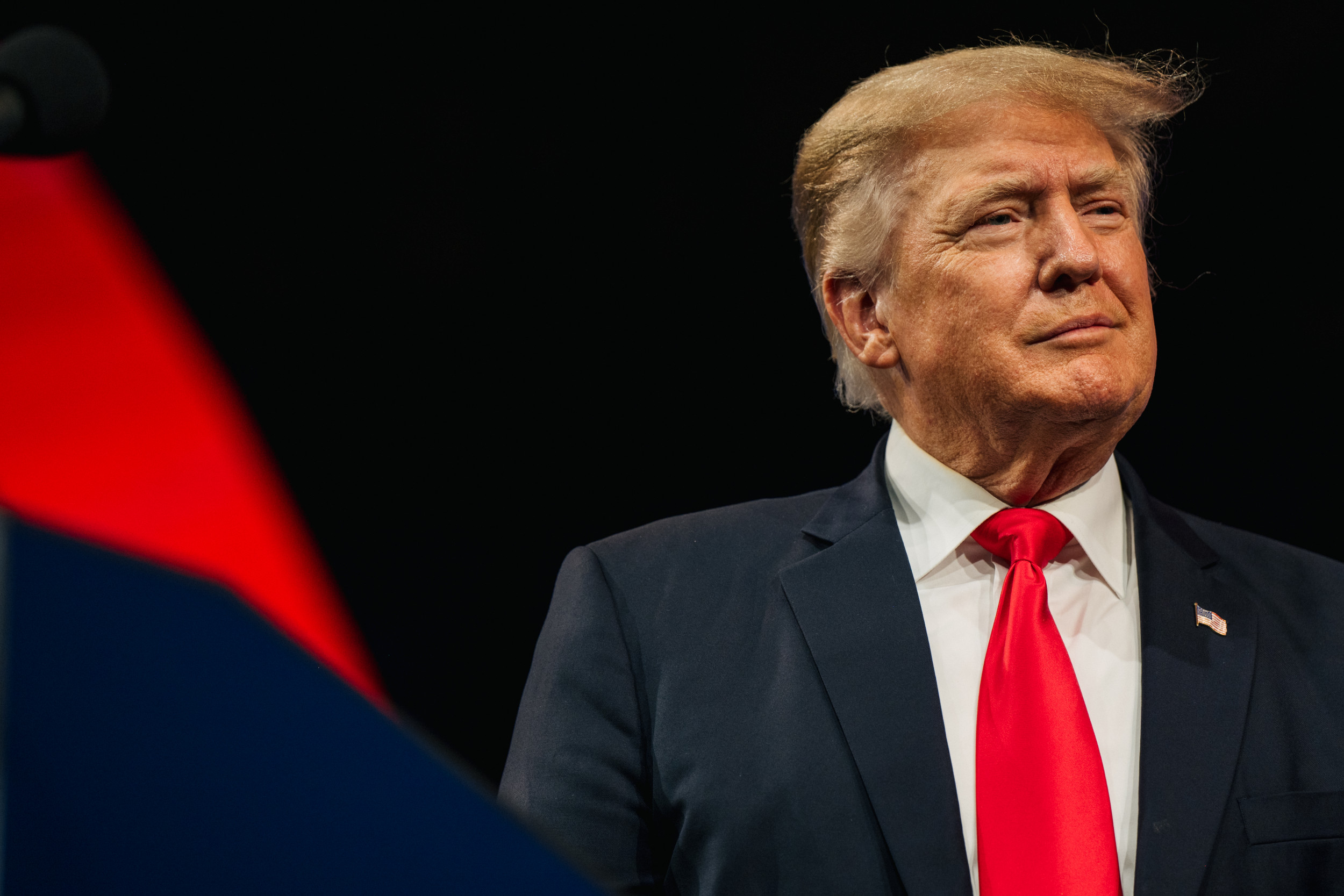 Former President Donald Trump has said the National Archives didn’t find “anything” in documents retrieved from his Florida residence and argued that he wasn’t “working in a filing room” while in the White House.

Trump issued a statement through his spokesperson Liz Harrington on Friday that described the retrieval of around 15 boxes of records from his Mar-a-Lago resort as “an ordinary and routine process.”

U.S. Archivist David Ferriero told the House Committee on Oversight and Reform in a letter released on Friday that the National Archives and Records Administration (NARA) had “identified items marked as classified” among the documents the agency retrieved.

“If this was anyone but ‘Trump,’ there would be no story here,” the statement went on. “Instead, the Democrats are in search of their next Scam.”

The former president’s statement went on to refer to Special Counsel Robert Mueller’s investigation into alleged links between Trump’s 2016 presidential campaign and Russia, calling it a “hoax” and criticized both of his impeachments.

“The Fake News is making it seem like me, as the President of the United States, was working in a filing room,” Trump said.

has all been a Hoax. The Fake News is making it seem like me, as the President of the United States, was working in a filing room. No, I was busy destroying ISIS, building the greatest economy America had ever seen, brokering Peace deals, making sure Russia didnt attack Ukraine,

Trump said he was “busy” dealing with other matters, citing the Islamic State militant group (ISIS), the U.S. economy and “making sure Russia didn’t attack Ukraine,” among other issues.

The former president’s statement briefly offered criticism of President Joe Biden’s administration without mentioning the president’s name. He referred to the economy, COVID-19 mandates, the situation in Ukraine and the southern border.

“Instead of focusing on America, the media just wants to talk about their plan to ‘get’ Trump. The people won’t stand for it any longer!” Trump’s statement concluded.

The National Archives retrieved around 15 boxes of records from Mar-a-Lago in January and Ferriero confirmed in his letter to the House Committee on Oversight and Reform contained some classified information.

The National Archives did not identify the nature of the classified documents and it remains to be seen whether the Department of Justice will initiate a formal investigation of Trump’s handling of the records.

A report from The Washington Post on February 7 said that some of the documents removed from Mar-a-Lago included so-called “love letters” sent to the former president by North Korean dictator Kim Jong Un. This has not been confirmed by the National Archives, however.

Former U.S. President Donald Trump prepares to speak during the Conservative Political Action Conference CPAC held at the Hilton Anatole on July 11, 2021 in Dallas, Texas. Trump has said that the National Archives didn’t “find” anything in records retrieved from his Mar-a-Lago residence.Brandon Bell/Getty Images

Zion Williamson amazes, Lakers stumble: What we saw in...

Zulu King Misuzulu ka Zwelithini to be crowned in...

Kelvingrove Museum to be sold over Glasgow equal pay...

Manchester United up for sale – what happens now?

Senators call for US to adopt common charger

Dad Defended for Pushing Back Against ‘Militant’ Wife’s Vegan...

Cyprus gets rid of required COVID-19 tests for visitors

Australia wants calm in ties with Solomon Islands after...

Gun legislation is stalled in Congress. Here’s why that...

What to Know About IP Ratings Before Getting Your...

Twitter’s making it easier for professional account users to...