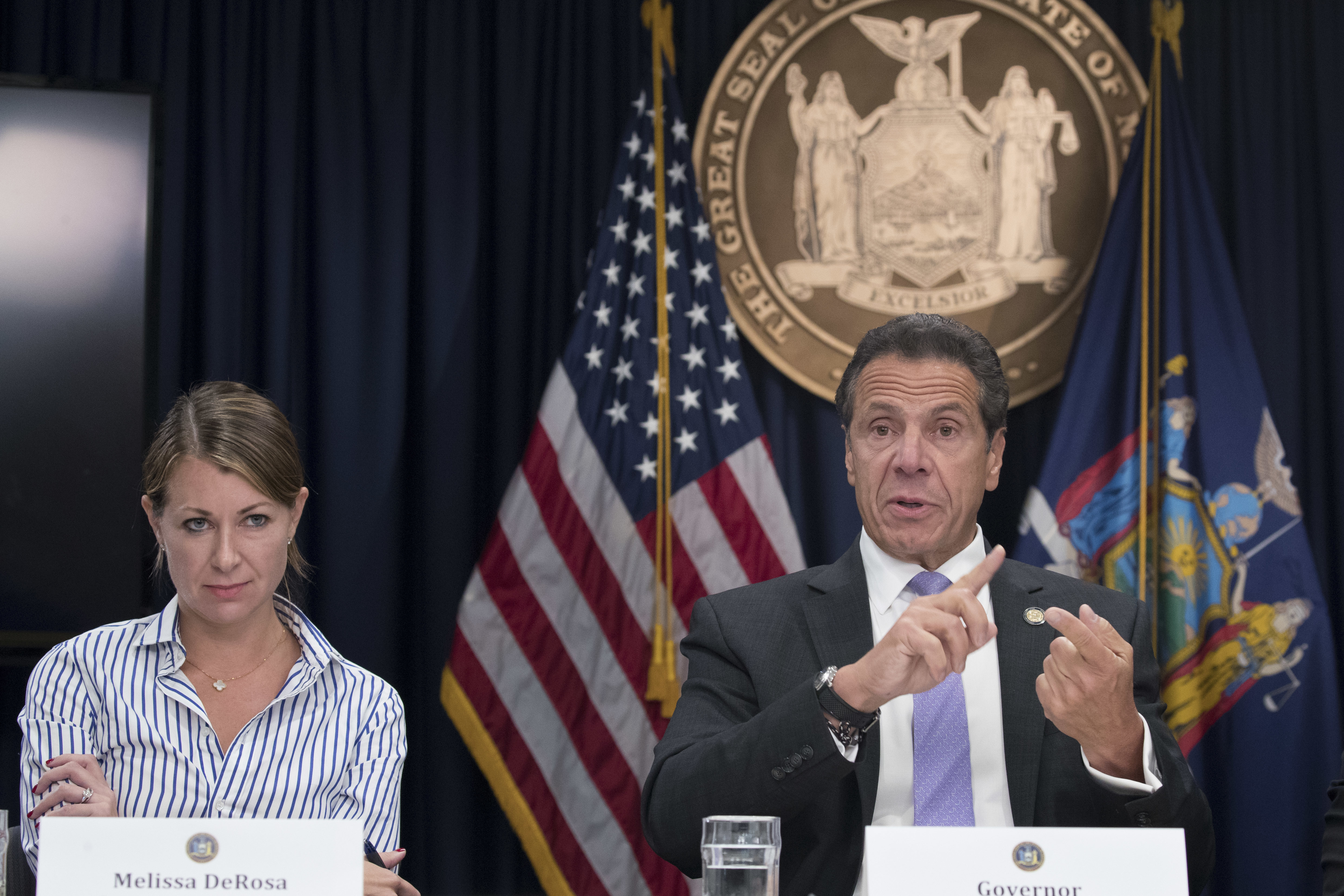 In the case of the trooper, Cuomo is accused of noticing the young woman at one of his official events in 2017 and then handpicking her for his security detail, even though she didnt have the necessary experience for the position. After she was brought on, the lawsuit contends that she was repeatedly harassed and groped.

He commented on her appearance (why dont you wear a dress?); wanted to kiss her (‘[c]an I kiss you?); asked her to find him a girlfriend who could handle pain;’ and steered their conversations towards sex (‘[w]hy would you want to get married? . . . your sex drive goes down, the suit states.

As with his other victims, the Governor used his physical proximity to Trooper 1 to touch her inappropriately (he runs his finger down the center of my back of my spine, basically from the top of my neck, basically midway down with his pointer finger and just said, Hey, you), according to court papers.

Cuomo spokesperson Rich Azzopardi disputed the claims, saying the descriptions rely on James proven fraud of a report and that five district attorneys reviewed various allegations against the former Democratic governor found no violations of law.

If kissing someone on the cheek, patting someone on the back or stomach or waving hello at a public event on New Years Eve is actionable then we are all in trouble, Azzopardi said in a statement, adding Cuomo would fight the suit.

Cuomos attorney Rita Glavin has continued to deride James report, and Cuomo is threatening to seek to have James disbarred as he contemplates some type of public comeback.

At the state Democratic convention on Thursday, James ripped Cuomos continual denials and attacks against her.

It has become clear that the former governor will never accept any version of these events other than his own, James told the party faithful.

Blizzard will reveal the first Warcraft mobile game on...

Twitter Addresses Concerns That Some Accounts Lost Followers After...

Russia Tried to Sell a Huge Slug of Oil....

Flight from NY to Florida disrupted by belligerent passenger

Did Damian Lillard take the easy way out?

4 kidnapped, including teen girl and baby, in California

Focus on the Family Vandalized After Club Q Shooting:...

Disney+ is working on a ‘Daredevil’ series

Nations League: Who makes your England XI for Italy...

Early voters in Georgia head to the polls Saturday...

Fleksy switches to a SaaS model for its custom...

‘Off day’ for Alfredo Morelos as Rangers struggle in...

Torrent sites are infiltrating Google Search with some crafty...

UK Officials Are Working on a U-Turn for Truss’s...

Here’s what we know about the Mississippi airport employee...

Cheaper OLED 4K TVs could be on the way...

To better thwart ransomware attacks, startups must get cybersecurity...

Ultra-wealthy investors are pouring their money back into stocks,...

Vince McMahon stepping down as WWE CEO amid probe

Instagram starts asking some users about their race and...