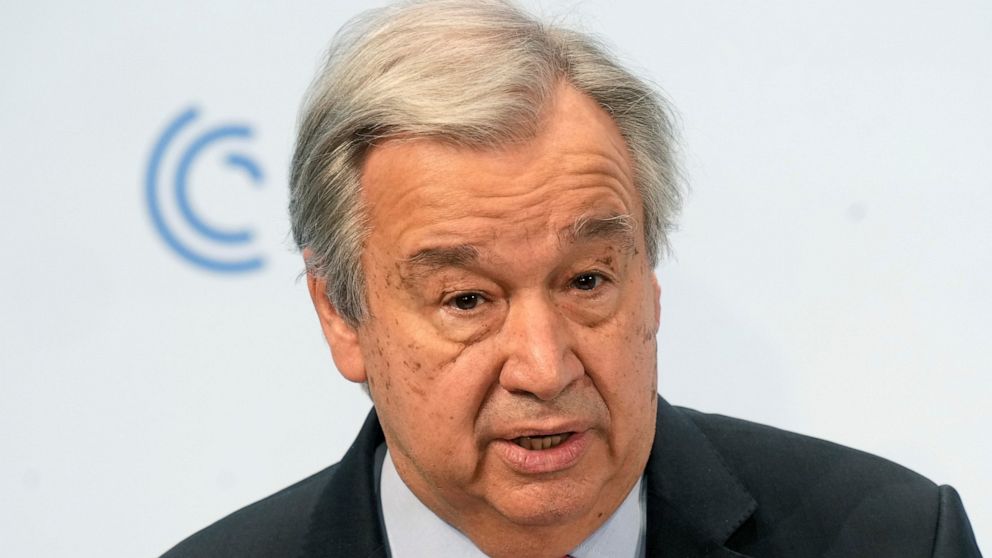 MUNICH, Germany — With East-West tensions at their highest point since the collapse of the Soviet Union in the 1990s, U.N. Secretary-General Antonio Guterres said Friday the world is probably a more dangerous place now than during the Cold War.

Guterres warned that a small mistake or miscommunication between major powers could have catastrophic consequences.

I am often asked whether we are in a new Cold War, Guterres said in his opening speech at an annual security conference in Munich. My answer is that the threat to global security now is more complex and probably higher than at that time.

During the decades-long standoff between the Soviet Union and the United States in the 20th century, there were mechanisms that enabled the protagonists to calculate risks and use back-channels to prevent crises, Guterres said. Today, many of those systems no longer exist and most of the people trained to use them are no longer here with us.

But he said he still believes the buildup of Russian troops around Ukraine wont result in a military conflict.

I urge all parties to be extremely careful with their rhetoric. Public statements should aim to reduce tensions, not inflame them, Guterres said.

While U.S. Vice President Kamala Harris, Secretary of State Anthony Blinken, and Ukrainian President Volodymyr Zelenskyy were attending the Munich Security Conference, there was no senior official present from Russia.

Particularly in the current, extremely threatening situation it would have been important to also meet Russian representatives in Munich, she said in a statement ahead of the conference. Even tiny steps toward peace would be better than a big step toward war.

Follow APs coverage of the tension between Russia and Ukraine at https://apnews.com/hub/russia-ukraine Ukraine war: What will Russia’s losses mean for Putin?

Ukrainian Medic Apologizes After Saying Russian POWs Should Be...

Do Pete Carroll, Seahawks have beef with Russell Wilson?

What the early vote numbers tell us

Even Bob Iger is surprised by his return as...

Team USA could change its country’s perception of soccer...

France vs Italy live stream: how to watch Six...

What could go wrong with Biden’s booming economy? Here...

The US Postal Service plans to charge more for...

Cost of living: Can Christmas lights displays survive the...

MVP versus EVP: Is it time to introduce ethics...

Music app AmpMe lowers pricing after accused of being...

Elden Ring publisher wants to collaborate with The Wheel...

Verstappen hails Belgian weekend as his most dominant yet...

The long-misdiagnosed student heading to Cambridge to study medicine

Biden has made America a laughingstock: Hilton

Inside the Forecast: How the Senate GOP lost its...

Where to buy Nvidia GeForce RTX 4080

How Coinbase’s $1B crypto philanthropy ambitions left a trail...

Philadelphia receives second bus of migrants from Texas as...

DC parent calls on mayor to ‘unmask’ kids after...

Lost Sports of the Winter Olympics: The fast and...

Nintendo says it now has more than 100 million...

Olympic Committee president says he is 'disturbed' by treatment of Russian skater...