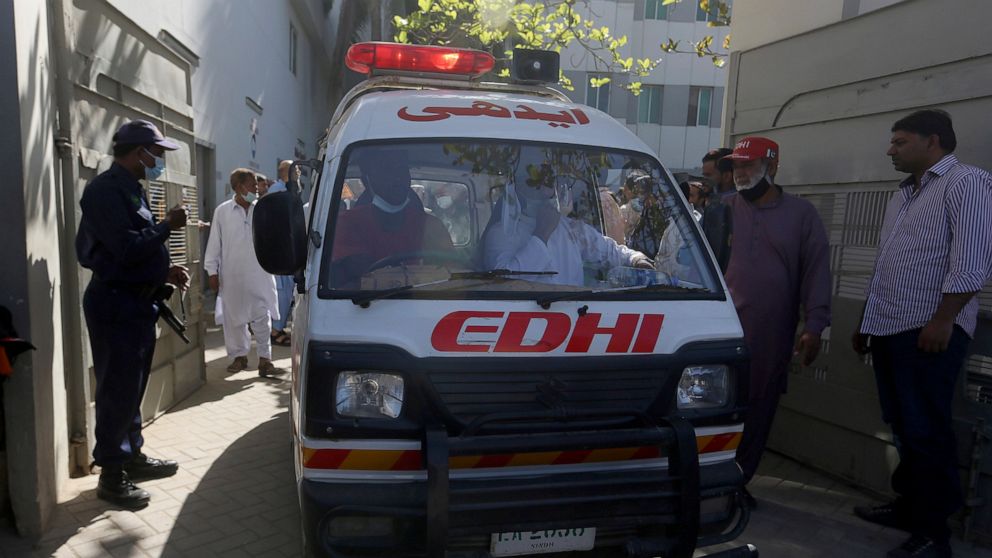 KARACHI, Pakistan — Thieves on a motorcycle shot and killed a TV producer when he tried to ram them with his car to prevent a street robbery in Pakistan’s largest city Karachi on Friday, police said.

Athar Mateen, who worked for the SAMAA news channel, was headed home after dropping off his children at school when he saw the two men snatching something from a passerby, police officer Nasir Aftab told reporters.

Mateen rammed his car into their motorcycle but one of them managed to open fire, killing him. The thieves then fled the scene.

Crowded Karachi, a port city in southern Pakistan, is notorious for street crimes. The End of the All-Volunteer Force?

What So Many People Get Wrong About The Energy...

Marjorie Taylor Greene Defends Nationalist Speech as ‘She Is...

Big Brother will return next year on ITV2 and...

NASA will use information from New Zealand launch to...

No. 7 Duke surges late to hold off Syracuse...

Oath Keeper brought explosives to D.C. ahead of Jan....

Newspaper headlines: ‘We took back control’ and GP working...

Derek Chauvin to be sentenced on federal charges for...

How fast food giants like McDonald’s found their Indian...

Next Africa: A Step Change in the Fight for...

4 killed amid gunfire during argument at Houston apartment

Balance of Power: How Will IRA Impact Climate Change...

Lauren Boebert Mocked by Swalwell After ‘Only Acts Tough...

Elvis Costello rocks out from the back porch