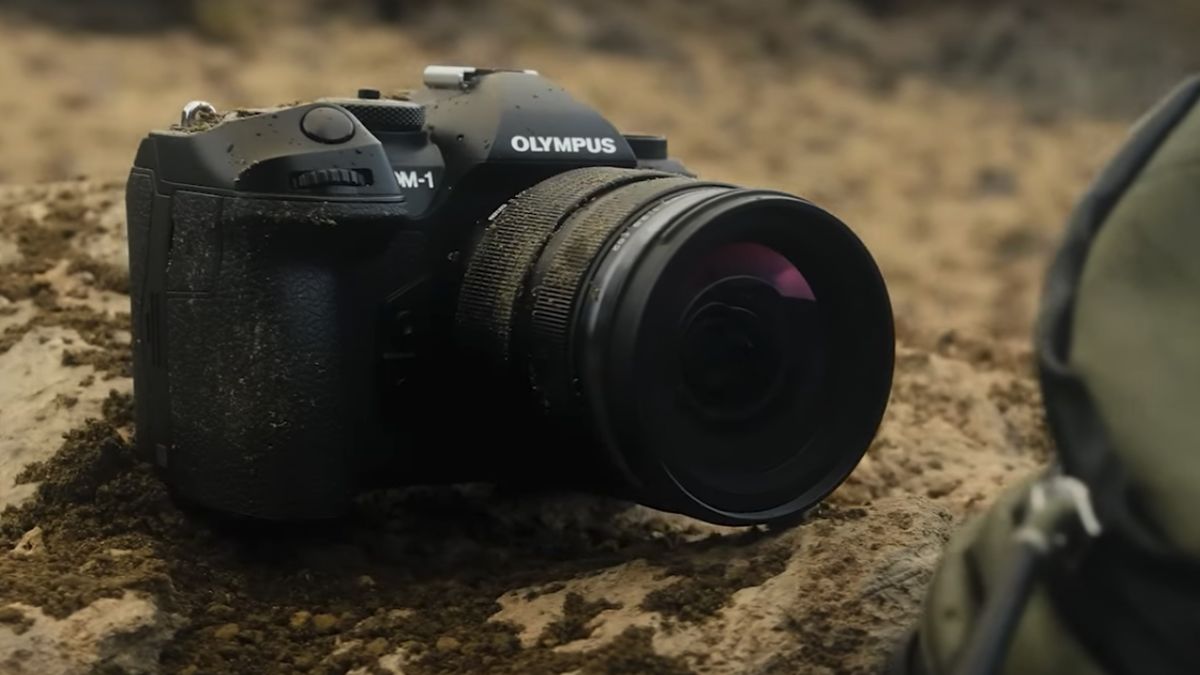 The last few years have seen a deluge of powerful, full-frame mirrorless cameras that have all largely forgotten about one key spec: fun. Yes, megapixels, dynamic range and video codecs are important; but when all you want is a compact, rain-proof companion to help you take creative in-camera shots, beasts like the excellent Sony A7 IV can feel a bit too serious. For many, they’re overkill.

Enter the new OM System ‘Olympus’ OM-1. With a 20MP Four Thirds sensor, which is about four times smaller than full-frame, it won’t immediately have pro portrait photographers falling off their chairs with excitement. But the OM-1 is the closest thing yet to having smartphone-like fun in a modern, go-anywhere camera.

Like recent smartphones, the OM-1 has a Quad Bayer sensor, IP53-rated weather-proofing and computational photography modes.

That doesn’t mean it’s quite a Google Pixel 6 Pro in mirrorless camera form. But if, like me, you sometimes feel the mental and physical weight of lugging tripods, ND filters and a Lightroom-equipped laptop on photography jaunts, then it could be the camera for you. In fact, it’s the kind of camera launch that I’ve sorely missed in recent years.

So what can the OM-1 do that full-frame cameras struggle with? Its smaller Four Thirds sensor doesn’t gather anywhere near as much light as its larger cousins. But, like smartphone sensors, the smaller amount of data it produces means in-camera processing can, to an extent, overcome pesky physics. That’s particularly true for the OM-1, because it’s the first Micro Four Thirds camera to have a speedy ‘stacked’ sensor design.

OM Digital, the new owner of Olympus camera tech, says the combination of this new sensor and its TruePic X processor means the OM-1 can squeeze an extra stop of dynamic range, and an extra two stops of noise performance, from a Four Thirds sensor compared to its predecessors. In theory, this could help it approach full-frame image quality.

This is something I’ll need to test in the field, and it’s likely to work best on relatively still subjects. But that kind of processing isn’t the ‘fun’ factor I’m talking about when it comes to the OM-1.

Its processor might not be in the same ballpark as a Google Tensor or Apple A15 Bionic, but it still has enough grunt and smartphone-like software trickery to pull off some pretty unique photography tricks.

Olympus was one of the early pioneers of computational photography – around the same time as the Google Pixel 3 came out, it introduced features like Live ND and Handheld High-Res Shot mode on the Olympus E-M1X and E-M1 Mark III (the OM-1’s spiritual predecessor).

The OM-1 doesn’t introduce any brand-new computational features, but it does improve these and make them more usable. Live ND, which simulates adding a real neutral density filter to your lens, now offers a six-stop ND64 option. That’s particularly useful for making flowing water look silky smooth, or creating dramatic movement in clouds.

Another useful mode is Handheld High-Res Shot mode, which lets you shoot 50MP images without a tripod. Because this works by creating a composite from several photos, it improves noise performance by a couple of stops; the only downside is that, just as with smartphones, you have to be careful to avoid movement in your shot.

Apps like Slow Shutter let you create light paintings on your phone, and the OM-1’s new handheld Live Composite mode lets you do the same, and can also be used for long exposures of traffic headlights and fireworks. Prefer macro photography? The OM-1 also has in-camera focus stacking, which can combine 15 shots in around five seconds to ensure that everything is in focus. Olympus cameras have also long been astrophotography stalwarts, thanks to modes like Starry Sky AF. The list of fun features goes on.

These kinds of features should really be standard in all mirrorless cameras, but not many combine the kind of in-camera processing and stabilization promised by the OM-1. And that’s why it’s likely to be a particularly enjoyable companion on trips where you want to spend more time outdoors than in an editing wormhole.

Perhaps even more useful are the OM-1’s post-shot features. Now that it’s able to shoot at a rapid 50fps with autofocus tracking, it’s likely that you’ll end up with long streams of very similar-looking images. This would ordinarily present a challenge in terms of image management, but OM Digital says its new camera can rank all the photos you’ve taken in a sequence, according to how in focus they are, and thanks to its Lightroom-compatible star rating system you can get a good head-start on the culling process.

Sony and Canon fans might retort that their system’s tracking autofocus is so good that they don’t need a system to rank their shots. But it’s still good to see phone-style usability come to a camera world that often seems preoccupied with creating menus that have more pages than Infinite Jest.

I’m keen to see if the OM-1’s autofocus does live up to OM Digital’s claims, given that it’s been a slight weakness of Olympus cameras in the past. The raw materials, most notably the Quad Bayer sensor with 1,053 phase-detection AF points, are certainly there though. And the OM-1’s combination of seven stops of in-body image stabilization (IBIS) and an IP53-rated weatherproof body should also give it a touch of GoPro-style ruggedness.

Of course, the OM System OM-1 won’t be the perfect camera for everyone. And if your priorities are maximum resolution, huge dynamic range and unparalleled sharpness, then it won’t be the outright ‘best’ either.

But it does show that crop-sensor cameras still have a place in the space between smartphones and full-frame powerhouses. Smartphones are the pinnacle of point-and-shoot, but using a glass slab with no viewfinder isn’t the most enjoyable shooting experience. The latest full-frame cameras, meanwhile, offer exceptional features and performance, but in a package that sometimes feels as complex as an F1 car.

If you fancy shooting some cool photos without packing a tripod, ND filters, or editing tablet, then the OM-1 is shaping up nicely as a powerful middle ground option. Its computational tricks are also, crucially, backed up by specs that address traditional Olympus weaknesses, like poor tracking AF and low-light performance.

There is an argument that its body-only price tag of $2,199 / £1,999 / AU$3,299 puts it in a tricky no-man’s land between smartphones and rivals like the Canon EOS R6. But I’m hoping that its promising features are backed up by real-world performance that gives it a finger-hold in the competitive mirrorless space; whatever your photographic preferences, that would be a great thing for camera choice. A cheaper Apple TV is rumored to be launching...

Potential US Effort to Stock Up On Diesel May...

Dutch soldier shot in Indianapolis dies of his injuries

The cause of the latest Windows 11 blue screen...

UK to open negotiations over future of Chagos Islands

Bank’s recession warning matters to everyone

No progress in talks, spring training could be delayed...

Maradona: Medical staff to be tried for football legend’s...

Blizzard games like ‘World of Warcraft’ will go offline...

Remote island nation in Pacific under lockdown for first...

What next for Italy after fall of Draghi?

Obama says he ‘would not have predicted’ Putin’s invasion...

George W. Bush to appear at fundraiser for Trump...

Taiwan Braces for Impact From China Military Drills After...

Last week, he was a hot air balloon pilot....

Just Got Apple Music? Here’s How to Keep Your...

‘Oxenfree’ is now free to download for Netflix subscribers

Sheriff must pay $15M for death of Florida teen...

Women in Tunisia: Has a female prime minister changed...

Police are searching for a suspect who allegedly punched...

DC residents say they can be impartial as potential...

Intuitive Machines bets the moon could be big business...

Will Newcastle turn the ‘big six’ into ‘big seven’?

On the Money — Powell questioned over rising prices,...

All Eyes on the Bank of England: The Readout...