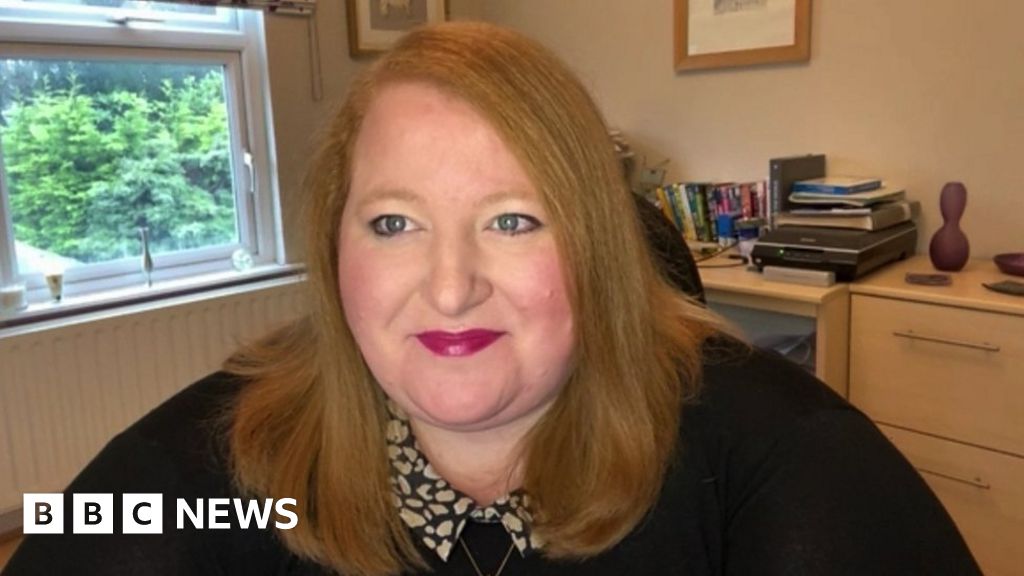 Image caption, Justice Minister Naomi Long says she no longer believes there is a strong argument for retaining restrictions

On Friday, Robin Swann told ministers he had received legal advice indicating he cannot lift regulations in the absence of the executive.

Ms Long said she has given Mr Swann an assurance that moving on the issue would not be “controversial” if it is line with official health advice.

But she added that the health minister has “a difficult choice” to make.

Ms Long said that she no longer sees a strong argument for maintaining regulations.

“The executive has established policy that we should be able to continue within our own departmental portfolios to take decisions,” Ms Long told BBC NI’s Sunday Politics programme.

“The policy is that we would not retain restrictions any longer than is absolutely necessary, provided the CMO (chief medical officer) and CSA (chief scientific officer) give Robin advice that says they’re no longer necessary, then I think he is empowered in that policy to remove the restrictions.”

Mr Swann is expected to decide whether or not to ease Covid-19 restrictions in Northern Ireland in the coming days.

On Friday, the economy minister said the health minister has the authority to lift Covid-19 restrictions.

The executive collapsed after the resignation of Paul Givan from the post of first minister. As it is a joint office, Sinn Féin’s Michelle O’Neill was also removed from her role as deputy first minister.

This means the Stormont executive can no longer meet.

The move was part of the Democratic Unionist Party’s (DUP) protest against the Northern Ireland Protocol.

The health minister has asked other minsters to indicate by Monday afternoon whether they support pressing ahead with lifting the remaining Covid rules in the absence of an executive.

Ms Long said that she had responded to Mr Swann’s letter, saying that she does not think lifting the restrictions would be “cross cutting in the sense that it impacts on my department in a significant way”.

“I don’t think it’s significant whereas introducing new restrictions would be,” she said.

“I don’t think it’s controversial in that it’s covered by existing policy.

“I hope that by writing that to Robin on Friday we have given him some space to be able to take decisions this week.”

Image caption, Some restrictions, including the use of Covid-19 certificates in nightclubs, remain

On the easing of restrictions, Ms Long said it will be a matter of transferring issues into guidance rather than making it law.

“This should make things easier for businesses and individuals,” Ms Long said.

“It is not for me to judge and it has to be based on health advice but I don’t feel there is a strong argument in favour of retaining things.”

However, Ms Long said the executive would not be in this position if it was not for the DUP.

“There are two views but the Attorney General’s office is the view I’d be listening to,” Ms Long said.

“So I won’t take too much from what Gordon Lyons or Jeffrey Donaldson says.

“If we had a first minster, we wouldn’t be in this position – we would have taken decisions last Thursday, so their opinion is irrelevant.”

The chief executive of Hospitality Ulster said he was hopeful all executive ministers would support the removal of restrictions.

Colin Neill said “the public have moved on” and many do not want to abide by the rules which makes it difficult for businesses.

“You try impose a regulation to wear a mask – in hospitality you don’t have to wear it if you’re drinking dining and dancing but you do if you go to the toilet,” he said.

“So the challenge is people do not do it and we’re having to go after them and challenge them.”

Mr Neill added that he believed having restrictions in hospitality sent a message that the sector was not safe.

So-called Covid passports remain in place for nightclubs as well as for indoor unseated and partially-seated events with 500 or more people in attendance.

A maximum number of 30 people are permitted to gather.

The minimum self-isolation period for people testing positive for Covid-19 is five full days, subject to negative lateral flow tests on days five and six of a person’s isolation.

Other rules still in force include:

Read more about the rules here.

On Saturday, four more deaths with Covid-19 and 2,633 positive cases were recorded by the Department of Health in Northern Ireland. Ukraine invasion: What to know as Russian troops sweep...

Nomura Expects Indian IPO Market to Pick Up in...

Where abortion stands in your state: A state-by-state breakdown...

Russian warship Moskva: What do we know?

Protesters chant “do something!” at Bidens in Uvalde, Texas

Why I want to talk about STIs in the...

At least 1 killed in Mexico earthquake

Man dies days after police tried to rescue him...

Google wants secure open-source software to be the future

Ethiopia’s Tigray conflict: The beauty queen who risked her...

The Wise Men: The Respect Economy

Novak Djokovic unlikely to play US Open with Grand...

A massive volcanic eruption and tsunami hit Tonga and...

Woman Slammed for Demanding Breast Milk From Her Sister

Ukrainians make gains in east, hold on at Mariupol...

Intel Arc Alchemist laptops finally listed in the US...

Kim Jong Un wants the world to know he...

Cloud data breaches are getting bigger and nastier

Winter Olympics: Watch what happens when you mix the...

US Marine Osprey aircraft missing with 4 on board...

ECB Urges Banks to Prepare for Fallout From Russia Tensions