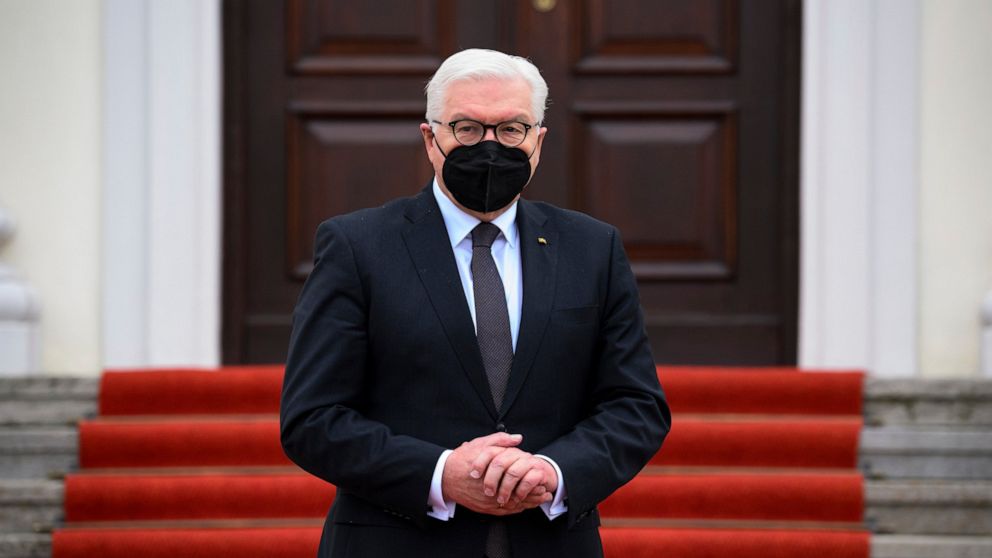 BERLIN — A special parliamentary assembly meets Sunday to elect Germanys president for the next five years. Incumbent Frank-Walter Steinmeier, who has been endorsed by most mainstream political parties, is seeking a second term as the largely ceremonial head of state.

The president will be elected by a special assembly of 736 people made up of the members of parliaments lower house and representatives of Germanys 16 states. The Social Democrats, the Greens and the pro-business Free Democrats the three parties in Chancellor Olaf Scholzs governing coalition are expected to have a majority in the assembly.

Germanys biggest opposition party the Christian Democratic Union and its Bavarian sister party, the Christian Social Union also said that it will support Steinmeiers reelection, leaving the head of state well-placed to win another five years in office.

Steinmeier, 66, announced that he would seek a second term last May, before the parliamentary election that brought Scholzs coalition to power and at a time when his chances of re-election looked far from certain. The president said he wanted to help heal divisions widened by the coronavirus pandemic.

Germanys president has little executive power but is considered an important moral authority. After a messy parliamentary election result in 2017, Steinmeier helped prod politicians to form a new coalition government rather than holding out for a new vote.

Other than Steinmeier, three other candidates are running for Germany’s highest office though none of them has a serious chance of winning.

Gerhard Trabert, 65, a physician, is running for the Left Party, Stefanie Gebauer, 41, was nominated by the Free Voters party, and Max Otte, 57, is the candidate of far-right Alternative for Germany party even though he is a member of the CDU a fact that prompted his own party to call for him to leave or face possible expulsion. Democrats will use election overhaul legislation to ‘cheat’ in...

Zelenskyy: ‘This is not a movie. This is real...

The Met says it will no longer work with...

Get a first look at Cillian Murphy in Oppenheimer...

Italy freezes mega-yacht linked to “prominent elements of the...

The Russian military says its has withdrawn its forces...

The HyperX Quadcast S Is Our Go-To Streaming Mic

Zelensky posts video from his Kyiv office: ‘I am...

Sika to Launch Sale of MBCC Assets After Regulator...

Tropical Futurism Envisions the Climate of Our Fate

Halo Infinite isn’t on the list of Xbox games...

Pennsylvania mother charged with murder after sons she allegedly...

Migrant deaths: How an American dream ended in horror

House of the Dragon’s roaring success shows Game of...

When Russia is the only way out of a...

Shanghai Opens for More Bankers at Offices as Lockdown...

Trump lays down marker for Vance in Ohio rally:...