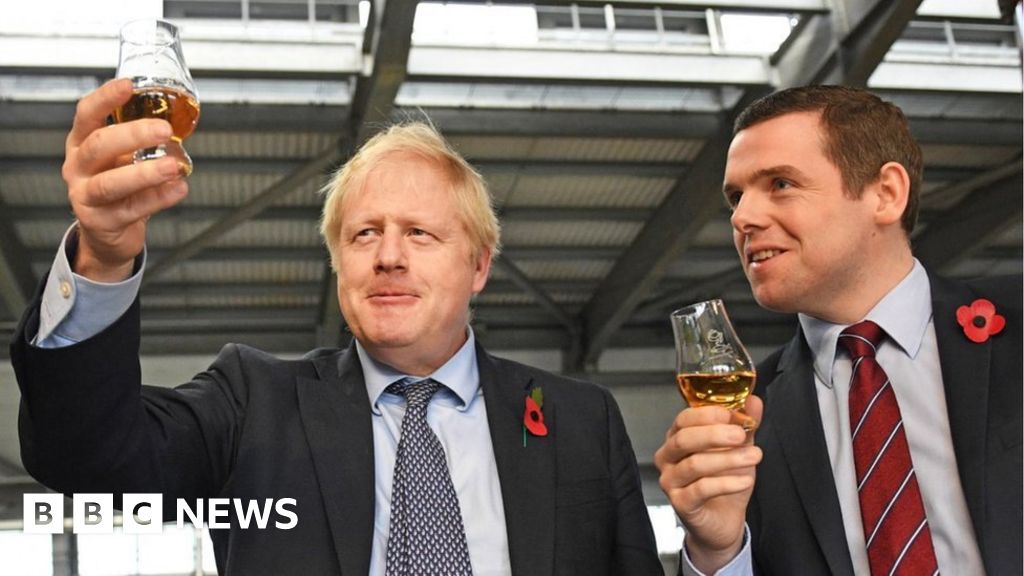 Boris Johnson will be invited to address the Scottish Conservative conference in Aberdeen next month, the party has said.

It comes after party leader Douglas Ross called on the prime minister to resign over the lockdown parties at Downing Street and Whitehall.

The Scottish Conservatives are holding their conference from 18-19 March.

It clashes with the Tories’ spring conference in Blackpool so Mr Johnson may address the event virtually.

A Scottish Conservatives spokesman said: “The prime minister will be invited to address party conference, just as has been the case in any other year.”

Mr Ross was among the Tory MPs who last month wrote to the 1922 Committee chairman Sir Graham Brady seeking to trigger a no confidence vote.

The move prompted Jacob Rees-Mogg, then leader of the House, to brand Mr Ross a “lightweight” figure in the party.

Speaking in the House of Commons, Mr Jack said: “He’s doing a very good job, he holds Nicola Sturgeon to account and he has my full backing.”

He added: “Such an embarrassing U-turn leaves Mr Ross with egg all over his face – and will do little to counter claims by senior Tories that he is a ‘lightweight’ whose authority is crumbling.

“It simply isn’t credible for the Scottish Tories to demand Boris Johnson’s resignation one week, then invite him to give a keynote speech the next.”

On Friday, Downing Street confirmed that Mr Johnson had received a legal questionnaire from Met officers investigating parties during the Covid lockdowns.

No 10 confirmed that the prime minister had been contacted by the police and said he would “respond as required”.

Police are sending the questionnaire, which has the same status as information given in an interview under caution, to more than 50 people. Nintendo Switch folders are here but they’re kind of...

UN chief: Rohingya must be part of Myanmar crisis...

Dementia and folate: Is there a link?

Man Found with Buckets of Human Organs, Skin He...

World Rugby: France men go to number one in...

The world’s most liveable cities for 2022

Chinese battery maker Gotion to locate a third of...

Supply Chains Inching Back to Normal Brace for Headwinds...

Russia labels US assessment of possible Ukraine invasion as...

Frontier and Spirit airlines to merge

The success of web browser Brave is a bad...

Power may be off for ‘many days’ for some...

In France, a seized superyacht creates headaches, not just...

Risch On Russia: “Words Are Good, Actions Are Better”

Polish man who rescued Jews during the Holocaust dies...