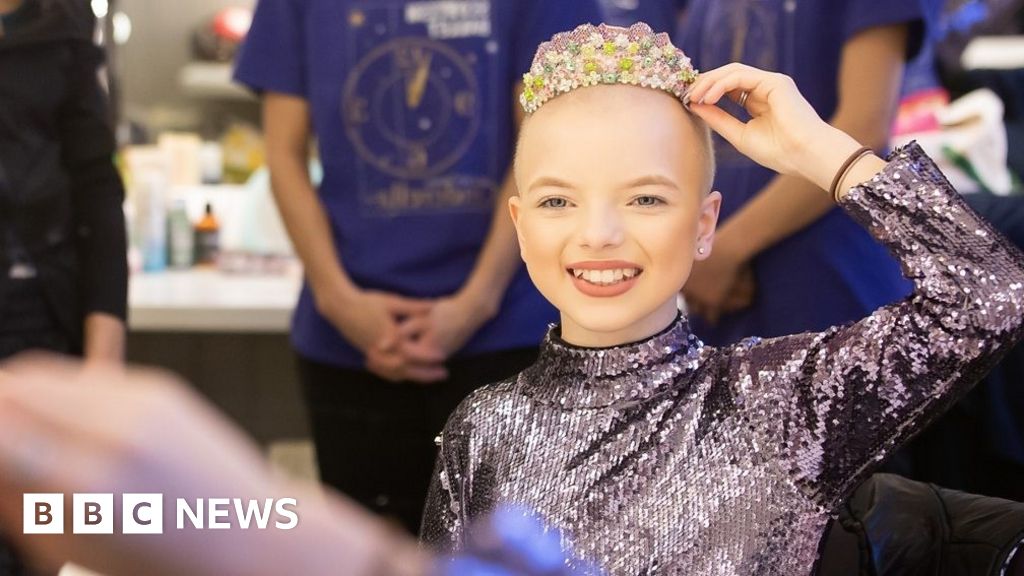 Image caption, Lily Douglas was granted one of five ‘wishes’ to perform with the Scottish Ballet company

The life of teenage dancer Lily Douglas has been celebrated at a funeral in her home town of Perth.

Lily died in hospital in January at the age of 14, five years after she was diagnosed with Ewing sarcoma, a rare bone cancer.

Scots singer Lewis Capaldi and Dame Arlene Phillips were among those paying tribute to the youngster.

The invite-only service was relayed on a screen outside St Matthew’s Church on Tay Street and live streamed online.

Lewis Capaldi, Lily’s favourite musician, sang his hit Someone You Loved at the the end of the ceremony.

It was followed by a 14-minute fireworks display over the River Tay.

Lily will be buried in a private ceremony on Valentine’s Day.

Image caption, Lewis Capaldi performed Someone You Loved at the end of the service

Many tributes have been paid to the youngster, including a minute’s applause in the 14th minute of a match at St Johnstone’s McDiarmid Park.

During her short life, Lily took part in dozens of high profile events to raise awareness about cancer, and she raised thousands of pounds for charities.

Lily won the Pride of Scotland Teenager of Courage award in 2021 for the way she “inspired people all over Scotland and beyond with her incredible courage, positivity and determination to help others”.

In 2019, she was featured in a BBC documentary after being invited backstage at Glasgow’s Theatre Royal to be granted a “wish” by Scottish Ballet, to mark their 50th anniversary.

Then aged just 11, she thought she was attending a workshop, but was told she would actually be watching the company take their morning class, before joining them on stage.

5 tax changes that can boost your refund this...

US official meets Marcos in Philippines in diplomatic push

Google’s finally ready to give us Google Glass 2,...

Why the world is waging economic war on Russia

Couple Sues Their Own Son, Demanding Grandchild “Within A...

Dem debate No. 2 got a little hotter

US Marshal injured in shooting in Atlanta suburb

Apple hikes Japan price of iPhone by nearly a...

Indonesia starts COVID boosters for elderly, others at risk