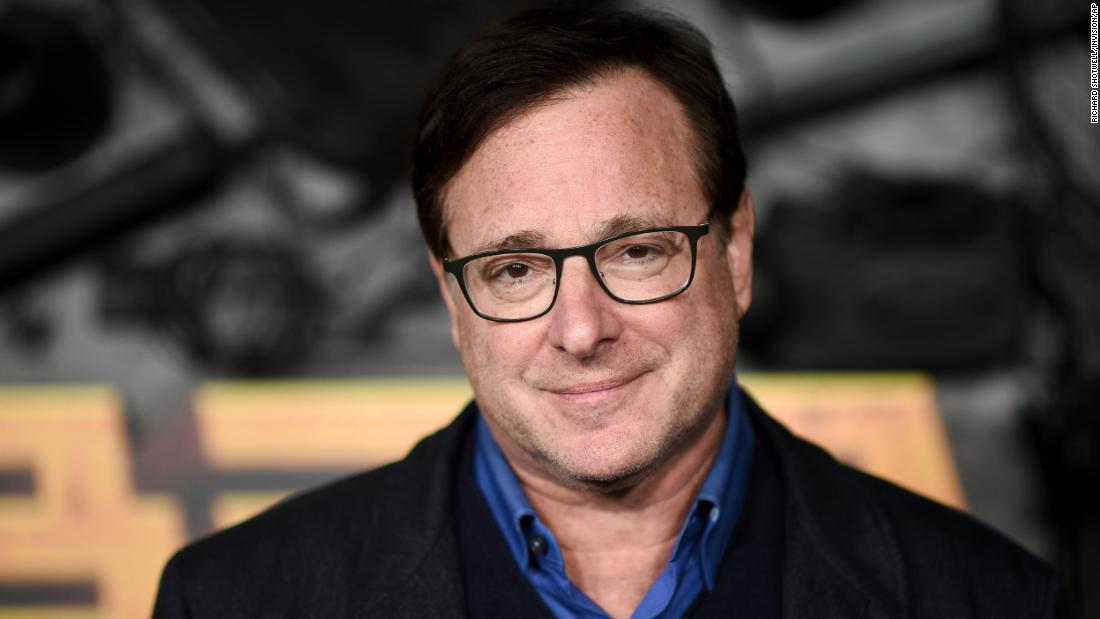 (CNN)Actor and comedian Bob Saget had Covid-19 but died as a result of “blunt head trauma,” according to the autopsy report released today by the Orange County Medical Examiner’s Office.

“It is in my opinion that the death of Robert Saget, a 65-year-old white male found unresponsive in a hotel room, is the result of blunt head trauma. It is the most probable that the decedent suffered an unwitnessed fall backwards and struck the posterior aspect of his head. The manner of death is accident,” the statement from Chief Medical Examiner Dr. Joshua D. Stephany said in his report.

The official findings echo what was said in a statement released by Saget’s family on Wednesday, in which they cited head trauma as his cause of death.

The report noted that a PCR test showed that Saget, 65, was also positive for Covid-19.

Saget, who died in his Orlando, Florida hotel room last month, had said in December that he had Covid-19, and PCR tests can return positive results for weeks after recovery.

The autopsy also noted he had an enlarged heart; 95% blocked on one side.

No alcohol was present in his system, according to the report. However, the report stated, his systems contained Clonazepam/Klonopin which is taken for seizures, panic disorders and anxiety. Additionally, the antidepressant Trazodone was found in Saget’s system, the report said.

CNN has reached out to the Saget family for additional comment.

The report noted areas of bleeding in the space between the brain and the skull. This kind of injury compresses the brain and can be fatal.

On Wednesday, prior to the release of the Medical Examiner’s report, CNN’s chief medical correspondent Sanjay Gupta said it sounded like Saget suffered from a possible “bleed on top of the brain,” which may have resulted in a “subdural hematoma.”

“There is a blood collection in this scenario that’s on top of the brain pushing on the brain,” Dr. Gupta demonstrated to CNN’s Don Lemon using a diagram. “The thing about the brain, unlike any other organ in the body, it’s obviously encased in hard skull so it has no where to go if it has this kind of pressure on it.”

That pressure on the brain and brain stem can result in a person losing consciousness and their ability to breathe on their own.

“It may have been a pretty significant blow to the head,” Gupta said. “Maybe a fall in the bathroom, or on the headboard of your bed, you don’t think anything of it. Small veins can tear as a result of that blow and blood can start to leak.”

In a statement released Wednesday, Saget’s family said they have been “overwhelmed with the incredible outpouring of love from Bob’s fans, which has been a great comfort to us and for which we are eternally grateful.”

“As we continue to mourn together, we ask everyone to remember the love and laughter that Bob brought to this world, and the lessons he taught us all: to be kind to everyone, to let the people you love know you love them, and to face difficult times with hugs and laughter,” the statement added.

The Orlando Police Department did not immediately return CNN’s request for comment. One of the highest paid college basketball players talks...

Can these high-tech thigh-high boots eliminate DOMS? I put...

See inside a shipwreck thousands of feet beneath the...

‘Corner starting to be turned’ in Covid battle

For all the new tech aspects of Ukraine coverage,...

Going Green Must Include Nuclear for EU’s Largest Copper...

A jury for the federal hate crimes trial of...

Tucker Carlson: The world we live in cannot last,...

Braving conflict, many women join flow back into Ukraine

Copper Soars to Record as Metals Surge on Russia...

The Papers: ‘Running for their lives’ as terror ‘rains...

Giuliani in discussions about testifying before Jan. 6 committee,...

Surging mortgage rates are pricing people out of buying...