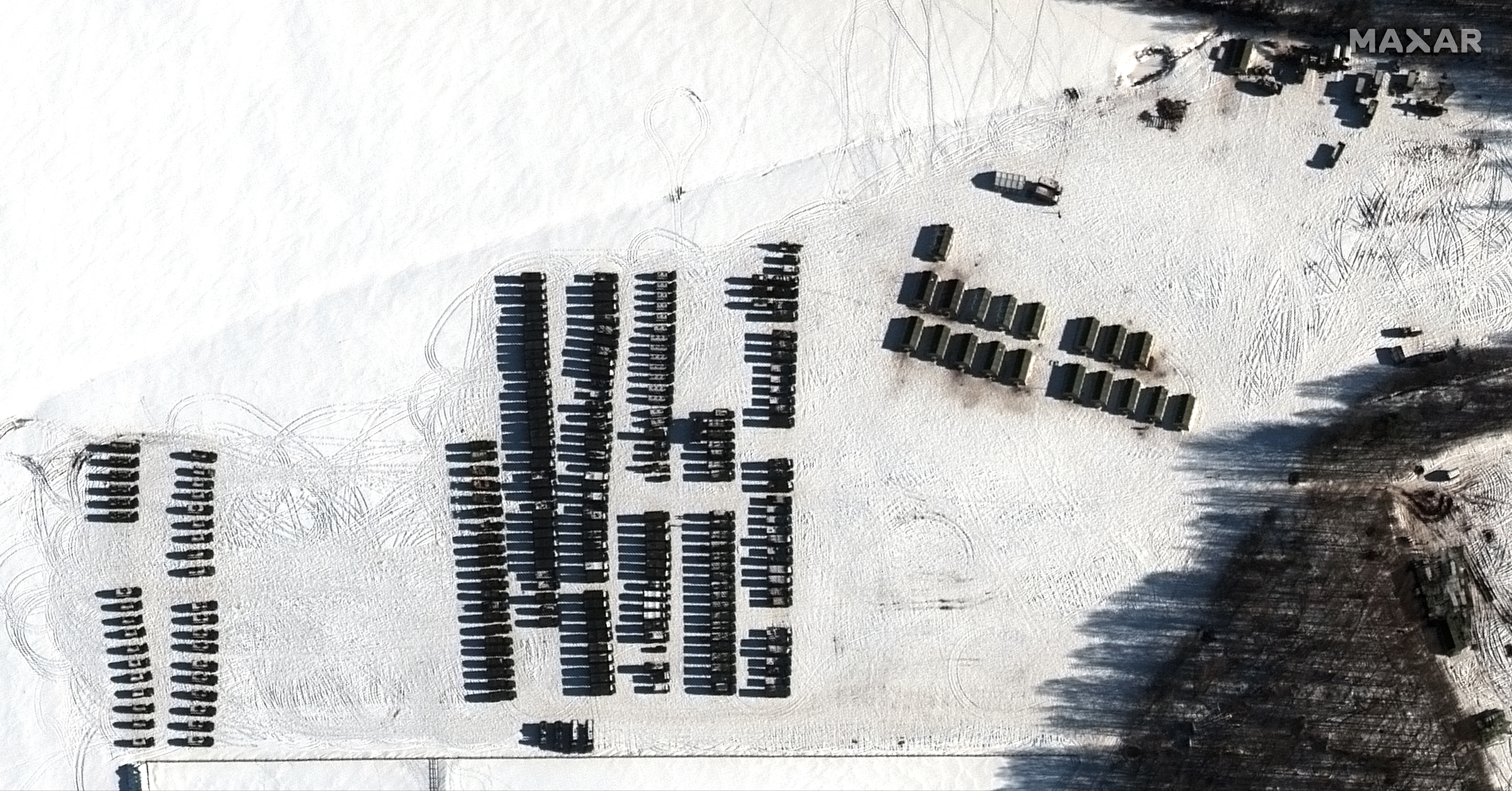 The ongoing Russian buildup comes as the Biden administration has been disclosing intelligence in hopes of preemptively countering Russian disinformation and blocking Putins plans for creating a pretext for an invasion. But it has come under criticism for not providing evidence to back up many of its claims.

On Saturday, The New York Times and The Washington Post said officials were warning that a full Russian invasion could lead to the quick capture of Kyiv and potentially result in as many as 50,000 casualties. A U.S. official confirmed that estimate to The Associated Press. But its not clear how U.S. agencies determined those numbers, and any predictions about how an invasion would proceed and the human cost it would inflict are inherently uncertain given the vagaries of war.

President Joe Biden has said he will not send U.S. troops to Ukraine to fight a war. He has, however, ordered additional forces, including headquarters personnel and combat troops, to Poland and Romania to reassure those NATO allies that Washington would fulfill its treaty commitment to respond to Russian aggression against NATO territory. Ukraine is not a NATO member but receives U.S. and allied military support and training.

With growing nervousness in Eastern Europe over Russias buildup, much attention is focused on its placement of thousands of troops in Belarus, which shares a border not only with Ukraine but also with three NATO nations Poland, Lithuania and Latvia. The Biden administration may soon shift some more troops within Europe to allied nations on NATOs eastern flank, a U.S. official said Saturday without specifying which nations.

Defense Secretary Lloyd Austin said last week that Putin could use any portion of the force he has assembled along Ukraines borders to seize Ukrainian cities and significant territories or to carry out coercive acts or provocative political acts like the recognition of breakaway territories inside Ukraine.

More recently, other U.S. officials provided a more detailed breakdown of Russias continuing force buildup, of U.S. assessments of prospects for war, and of the U.S. view of Putins approach to the crisis.

The officials reiterated what other Biden administration officials have been saying for weeks that they dont believe Putin has made a final decision to invade Ukraine. But it appears possible that the Russian leader set his intentions and is waiting until the last moment to give the go-ahead for an invasion.

Officials sketched out the disposition of Russian forces that have been deployed toward Ukraines borders over the past several months, creating what Western officials see as the threat of a full-scale invasion despite repeated assertions by senior Russian officials that they do not intend to attack unprovoked.

Another 14 battalion tactical groups are on their way to the border area from other parts of Russia, the officials said. Two officials said the U.S. assesses that Russia would want a total of between 110 and 130 battalion tactical groups for use in a full-scale invasion, but Putin could decide on a more limited incursion. Including support units, Russia might be aiming to have 150,000 troops in place for a full-scale invasion, one official said, adding that the ongoing buildup could reach that level in the next couple of weeks.

Depending on Putins ultimate objective, the Russian forces could attack Kyiv directly by moving south from current positions in southern Belarus. He might also send forces across the Russian border into eastern and southern Ukraine if his intent is to fracture and destroy a large portion of the Ukrainian army, the officials said.

On the lower end of the scale of military action, Putin might order sabotage, cyberattacks and other destabilizing actions inside Ukraine with the goal of removing the current government in Kyiv, officials have said.

The HyperX Quadcast S Is Our Go-To Streaming Mic

Is There Anywhere To Buy Kid’s Toys Anymore?

Motorola Edge 30 Pro lands in the UAE with...

Was this the worst night in Oscars fashion history?

Ukraine pressing for $50B aid package to cover budget...

Invasion provokes fear and anger for Ukrainians in UK

Sergeant-at-arms says all members of Congress can attend State...

Inside London’s new $25B ‘Super Tube’

First-time buyer: ‘I couldn’t keep paying so much rent’

Lawmakers give Putin permission to use force outside Russia

Biden’s student loan forgiveness plan is a slap in...

Spider-Man movies in order: From Tobey Maguire to Tom...

Southern governors declare states of emergency ahead of winter...

Battlefield 2042 has lost one of its biggest selling...