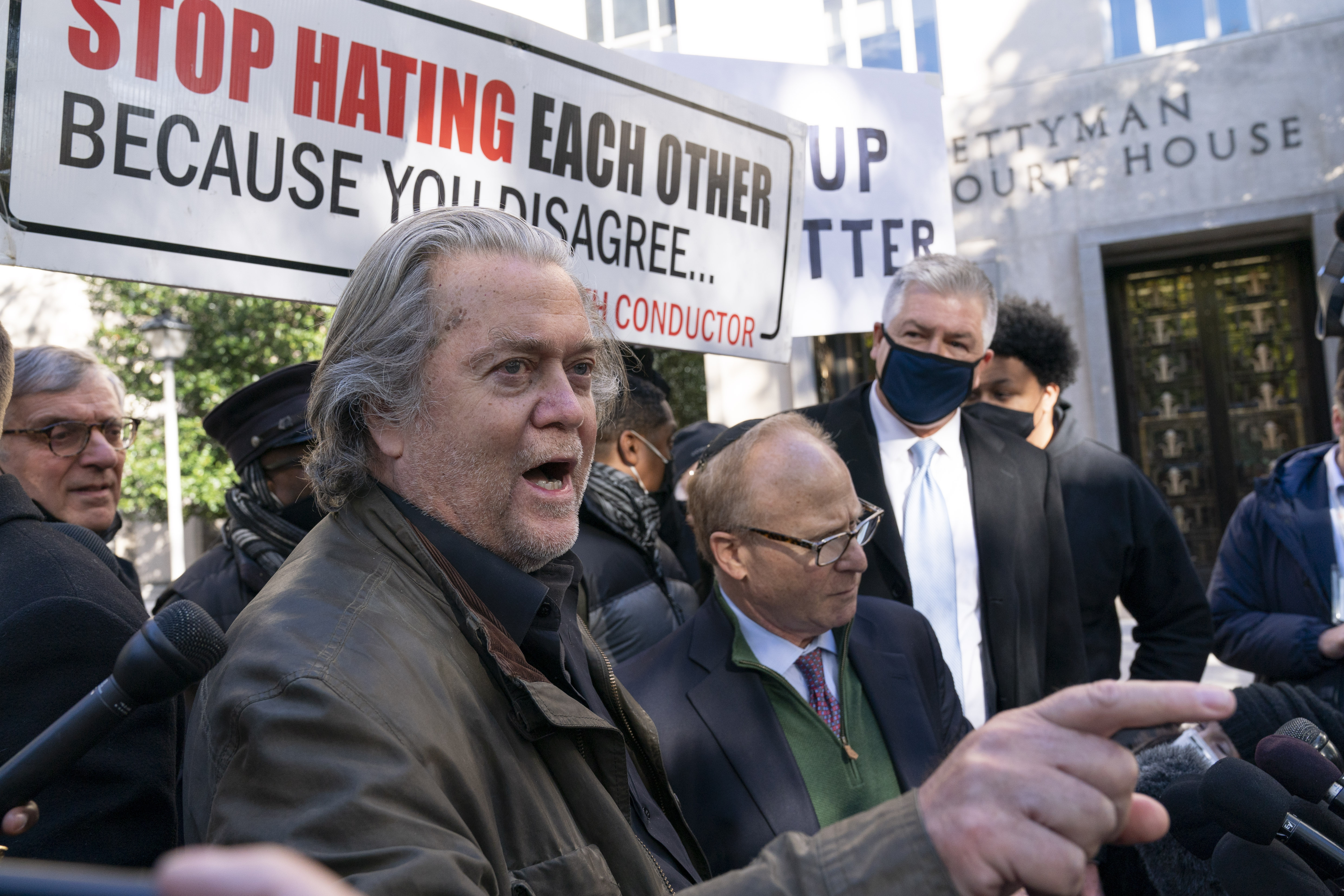 Nowhere in the Governments production was a copy of a court order authorizing the Governments actions, nor was there a copy of any subpoena for the records, nor was there even any application for a court order or for authorization from the Department of Justice for subpoenas intended to obtain defense counsels personal and professional telephone and email records, Bannons attorneys wrote in the filing.

Bannons legal team, which includes Costello, Evan Corcoran and David Schoen one of Trumps impeachment lawyers also appended an exchange of correspondence they had with DOJ in early January seeking details about the efforts to obtain Costellos records.

Mr. Costello represented Mr. Bannon before the January 6th Select Committee in relation to the subpoena it issued to Mr. Bannon and is, therefore, a witness to the conduct charged in the Indictment, prosecutor Amanda Vaughn said in the Jan. 7 reply, adding that another attorney, Adam Katz, may also be a witness.

According to letters from Costellos third-party carriers, which were provided to Bannons defense team by DOJ, many of Costellos email logs were provided to prosecutors on Dec. 7 under the auspices of a so-called 2703 order, which doesnt always require notice to the customer. The letters reference a 2703 order dated Nov. 11, a day before Bannon was indicted.

The government also sought telephone record requests that included text message data but not content such as the numbers to which texts were sent and from which they were received.

Bannon is asking Judge Carl Nichols to force prosecutors to provide copies of any subpoenas and court orders pertaining to Costellos information, a list of all third party carriers who were the subject of those request, a list of DOJ officials who authorized the records requests and information about whether Costellos records were presented to a grand jury. Donald Trump ‘Returning to the Scene of the Crime’...

Raskin pulls nomination to Fed Board as GOP, Manchin...

Putin is ‘trying but failing’ to control Ukraine invasion...

Florida Dems vs. DeSantis: Inside the primary race to...

The California congressman who could be POTUS

Leaders meet in Madrid to mark world day to...

California is in a water crisis, yet usage is...

Americans Are Planning Fall Travel Despite Higher Costs Ahead

We need to stop kowtowing to COVID refuseniks

Top 20 most popular television shows for the week

France v England: The key contests that will decide...

Alaska prepares for powerful storm said to be strongest...

Resistance against talking about race and Critical Race Theory...

No 10 denies Boris Johnson has lost control after...

London trams set to be hit by two-day strike...

China’s Winter Olympics moment is being overshadowed by its...