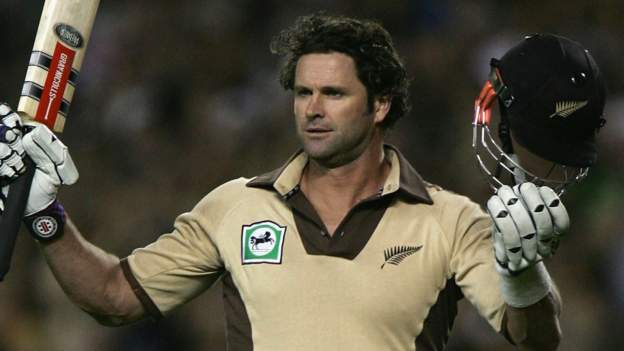 Former New Zealand all-rounder Chris Cairns has been diagnosed with bowel cancer, six months after being left paralysed by a stroke.

Cairns, 51, was only discharged from hospital last week after suffering a stroke during heart surgery in August.

“Big shock and not what I was expecting after what was supposed to be a routine check-up,” Cairns said on Instagram.external-link

One of the best all-rounders of his era, he played 62 Tests, 215 one-day internationals and two Twenty20s.

“As I prepare for another round of conversations with surgeons and specialists, I keep remembering how lucky I am to be here in the first place and how blessed I am to have all that I do in my life,” Cairns said.

“Another fight ahead but here’s hoping this one is a swift upper cut and over in the first round.”

Cairns was briefly on life support and lost the use of his legs following the heart surgery in Sydney, after which he said he was facing “possibly the greatest challenge” of his life.

Cairns played for New Zealand from 1989 and 2006 before becoming a television pundit. Grange Hill movie to take a look at Britain...

The White House diaries and the 7-hour gap in...

Bail for suspect in police station shooting set at...

Four Ukrainian children with cancer evacuated by the U.S....

Vanuatu: Hackers strand Pacific island government for over a...

Opinion | For Black Britons, the late Queen Is...

The outside world sees nepotism at Iowa, but recruits...

The Self-Castration Of The US Military

‘After a week of profound change, our unsettled kingdom...

The iPhone SE 3 could get a significant price...

Covid: South Africa makes its own Moderna jab and...

Getaway launches a way for you to enjoy, and...

Canon EOS R3’s Eye Control AF could be the future of autofocus,...