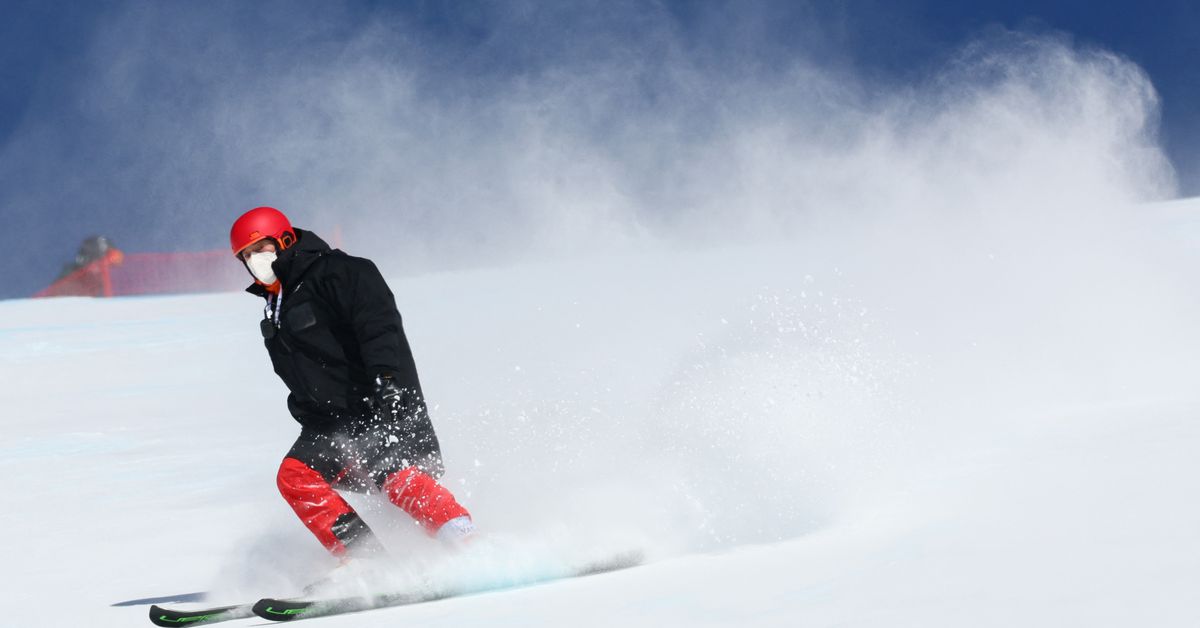 Austria’s Matthias Mayer, Italian Christof Innerhofer and favourite Aleksander Aamodt Kilde of Norway were the only racers able to get on the track for a third time.

“Due to the present situation with high winds and no window in the forecast for decreasing winds, in the best interest of safety, the jury together with the organiser have decided to cancel today’s run,” the International Ski Federation (FIS) said in a statement.

The blustery conditions in the upper stages of the course clearly impacted the trio who did get to train, and Kilde felt organisers had made the right call.

“It was fun to ski but with the wind its kind of crazy because you gain so much speed some places and then you suddenly lose speed and on the jumps I went 60 metres I think — I was in balance, thank God.

“Its good that they cancelled. It is coming from every direction so its really hard to control it.

“Then suddenly its nothing and then you have full wind then nothing again — then from the side, from the back and also on the jumps today its coming from under.”

Sunday’s scheduled downhill opens the alpine skiing events at the Yanqing complex with the women in action on Monday in the giant slalom.

Biden says “the Second Amendment is not absolute”

Disney Sets Aside 80 Acres in Florida for Low-Cost...

Panel on The View call for DOJ to probe...

Caoimhín Kelleher: Liverpool keeper ‘not sure’ over Anfield future

We can turn the caregiver crisis around, but fast...

Department of Justice Will Review Police Response To Texas...

Intel says it will buy Tower Semiconductor for $5.4...

Putin accuses the West of backing threats of ‘nuclear...

The Best Binoculars to Zoom In on Real Life

Opinion: So, you’ve gotten into a college. Now what?

The View From the ‘Russian Davos’

G7 must act quicker on closing digital loophole vs...

Indonesia starts COVID boosters for elderly, others at risk

Tonga: How an Internet blackout left many desperate for...

Alpine skiing-Vlahova has no doubts she can beat Shiffrin - Reuters