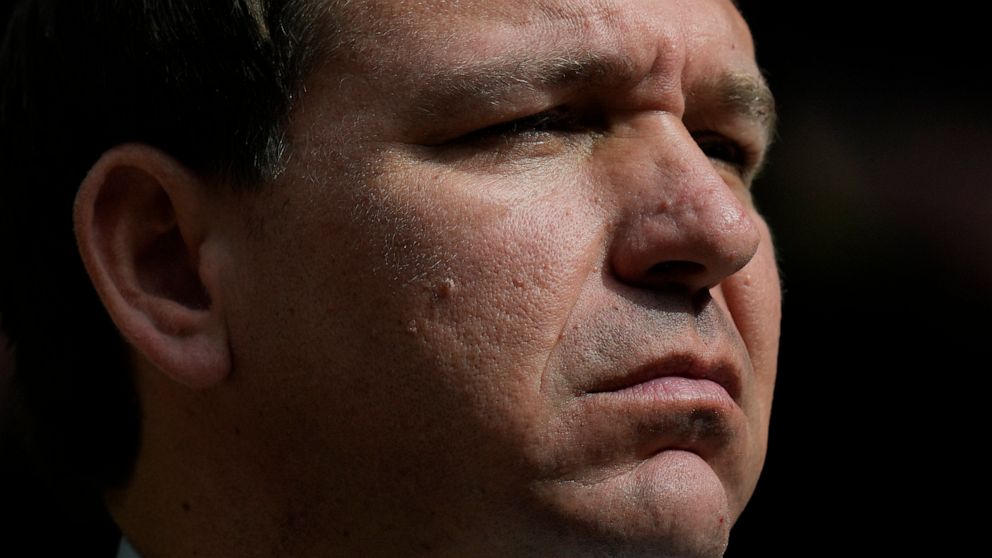 The Senate Committee on Ethics and Elections approved the bill after hours of debate. Democrats questioned the need for the election police force and said the bill imposes needless new rules on mail voting. Sen. Travis Hutson, a Republican sponsoring the bill, said it was meant to safeguard elections.

Whats wrong with being the most secure elections in the entire nation. I mean, whos afraid of being too secure, said Sen. Travis Hutson, a Republican sponsoring the bill. He referred to a handful of cases where people were caught voting more than once in the 2020 Election.

Voter fraud is exceptionally rare and generally detected. There is consensus among election officials and experts that there was no fraud that could have impacted results in the last presidential election, despite former President Donald Trump’s unsupported claims that the election was fraudulent. Still, Republicans in states around the country last year passed a wave of new voting rules that tightened access to mail and early voting.

DeSantis, a Republican running for reelection and eyeing a 2024 presidential run, has at the same time praised Floridas 2020 Election as smooth and suggested that more rules were needed to prevent fraud. Last year, months after he signed a sweeping set of voting restrictions into law, the governor floated the need for a police force to handle election crime as well as additional rules to deter wrongdoing, underscoring how Trumps false claims continue to influence Republican policymaking.

The bill would create an Office of Election Crimes and Security under the Department of State to investigate election fraud and allow the governor to appoint special law enforcement agents to pursue the cases, a proposal DeSantis previously tied to unspecified instances of voter fraud.

Sen. Tina Scott Polsky, a Democrat, said the possible creation of the election police unit was rooted in politics. She said DeSantis was aiming to satisfy ultra right wing members of the Republican party who believe the election was stolen from Trump.

“What are we doing here except playing politics, playing politics with voting, the most fundamental right of our constituents, of all of our citizens in Florida,” she said, adding, I think we should be afraid of a political election police goon squad who can target specific communities.”

Among other things, the bill would also require voters to write identification numbers on mail ballots and create a new envelope for mail ballots. Election supervisors would also need to more frequently maintain their voter lists and penalties for so-called ballot harvesting would be increased to a felony, under the measure.

A handful of county elections supervisors raised issue with technical elements of the bill, including the costs and processing of the extra envelopes for mail ballots and with the proposal’s rules around voter list maintenance.

Please, please, please we want to be your source of information. Consult with us before going any further on this. We welcome the opportunity to work with you, Lake County Supervisor Alan Hays, a former state lawmaker, told the committee.

The bill now moves to another committee in the GOP-controlled statehouse.

The proposal follows a sweeping voting law approved by Florida’s GOP-controlled legislature and signed by DeSantis last year, which placed new rules on ballot drop boxes and required a drivers license number, state ID number or last four digits of a Social Security number to request a mail ballot. That law is the subject of an federal trial, which began this week, after being challenged by voting rights groups.

Brady to lead Buccaneers against Seahawks in first game...

The Comeback of Rand Paul

Unknown soldier no more: World War I gravestone gets...

Mediobanca says no wealth management deal in sight as...

World War Two, the Belfast mountain and a white...

Ukrainian sailor in Majorca tried to sink yacht of...

Brittney Griner access demanded from Russia by US State...

Tottenham: Champions League qualification would be ‘a miracle’, says...

Man accused of being people smuggler boss arrested by...

Saudi Arabia says it has executed 81 convicts in...

On The Money — Biden bracing for blowback at...

Retired SWAT commander who killed man after fight over...

Maren Morris is grounded, but not silenced on ‘Humble...

Abortion providers to meet with Kamala Harris virtually at...