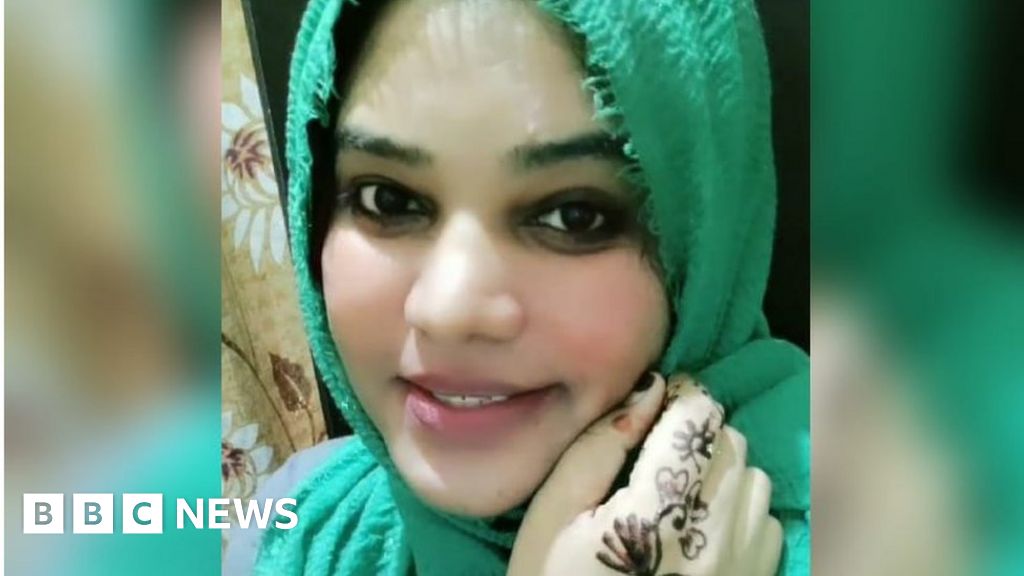 In November last year, Aneera Kabeer attended her 14th job interview in two months wearing a cap, a mask that hid most of her face, and men’s clothes.

The 35-year-old trans woman says it was an act of desperation borne of the transphobic remarks she faced at earlier interviews.

She got the part-time job – at a government school in the southern Indian state of Kerala – but alleges she was unfairly dismissed less than two months later.

The school’s principal declined to comment. P Krishnan, a district official, said that the principal had informed him that Ms Kabeer hadn’t been dismissed and had, instead, “misunderstood” the situation.

Out of options, Ms Kabeer approached the state’s legal aid services in January – she wanted a lawyer to petition for euthanasia, or “mercy killing”, on her behalf.

“All I wanted was to work and earn a living. But it became impossible to even do that,” Ms Kabeer says.

She had read of countries that allowed euthanasia – and India only permitted passive euthanasia.

“I knew I wouldn’t get legal permission here. But I wanted to send a message,” she says.

Rather, she wanted to get the attention of the state – and she did. The government swiftly responded, and she now has another job.

Ms Kabeer is clear that she had no intention of taking her own life, and what she did is not meant to serve as an example for others.

But such dramatic forms of protest are not uncommon in India.

Over the years Indians seeking justice or systemic change have gone on hunger strikes, stood in waist-high water for days and held live mice in their mouths.

Sociologists have suggested that the legacy of Mahatma Gandhi’s non-violent civil disobedience, which included long periods of fasting, highlighted the power of what they call “performative” protests – especially in a country like India, where the state is often slow to respond.

Anagha Ingole, who teaches political science at the University of Hyderabad, says that acts like Ms Kabeer’s are intended to remind the government that it has failed to keep its promises.

“In this case, the state fell short of its formal promise of protecting a citizen’s right to work,” says Ms Ingole, who has worked extensively on issues of social discrimination.

India is estimated to have around two million transgender people, though activists say the number is higher. In 2014, India’s Supreme Court ruled that they have the same rights as people of other genders.

However, they still struggle to access education and healthcare. And many are forced to make a living through begging or sex work.

“I never wanted to take such an extreme step. But what choice did I have?” she asks.

Growing up in Palakkad district in central Kerala, Ms Kabeer says she struggled for years to identify with the sex assigned to her at birth.

She didn’t want to speak about her family who, she said, were still coping with the recent death of her brother.

Ms Kabeer was still a teenager when she tried to find other transgender people in Palakkad. But she stopped after one such attempt ended with her being arrested.

She even ran away from home to Bangalore city after seeing photos of transgender people there in a newspaper. She found a supportive transgender community who accepted her. But life was difficult – many of them begged for years to raise money for gender reassignment surgery.

“I tried hard to live the way my family wanted me to,” she recalls.

This included smoking cigarettes, and joining gyms and personality development courses – all of which, people around her said, would make her “manly”.

But pretending to be someone she wasn’t made her miserable.

She also studied hard – she had a passion for teaching since she was young and would tutor children in her neighbourhood.

That kept her going even after she finally left home to live the life she wanted.

Ms Kabeer now has three master’s degrees, including one in education, and has passed a state exam that allows her to teach senior school students.

But in job interviews, she faced uncomfortable questions – one interviewer asked her how she could be trusted not to look at students through a sexual lens.

“I was passed over for jobs that I was overqualified for,” she says.

When she was finally hired – a temporary post as a junior teacher of sociology – she says she told a school official the truth.

“I told him I’m a trans woman and apologised for appearing for the interview like that. I explained that I couldn’t even pay my rent without a job,” she says.

Image caption, Ms Kabeer says she always wanted to be a teacher

When she began teaching in November 2021, she alleges she faced ignorant remarks from colleagues but says that the students were supportive.

But then, Ms Kabeer says, she was abruptly asked to stop coming to school on 6 January – her dismissal, she alleges, went against the rules.

Left without a job, she panicked and even went to shops near the school to ask if they would hire her as a salesperson. But she was turned away.

That’s when she approached legal aid.

The news went viral, and Kerala’s education minister reacted immediately – he met Ms Kabeer and she has now started another temporary job at a government office in Palakkad.

But others like her are still waiting for help.

The previous year she had petitioned the country’s Supreme Court after she was allegedly denied a job by Air India, then the national carrier, as they didn’t have a policy for hiring transgender staff.

The airline and the government didn’t respond to the petition for months. Later, the company called the suit “frivolous” and threatened to sue her for defamation.

As the case dragged on, eating into her savings, Ms Ponnusamy wrote the letter to the president.

What changed for her? “Nothing,” she says.

She never received a response and Air India has now been bought by a private company, further dimming the prospects of a job for her. But she has filed a case in the Madras high court, asking for compensation for the legal expenses she has incurred so far.

“If you have this kind of system, how will people like us survive?” she asks.

If you or someone you know needs information or support for issues about sexuality or gender, you can contact these websites and organisations in the UK, or the Naz Foundation’s helpline in India.

If you’re having thoughts of suicide, or know someone that might be, you can find support lines in India via the AASRA website or globally via Befrienders Worldwide. In the UK you can call the Samaritans Helpline on 116 123 or visit samaritans.org. Attack on worshipers in a New Jersey mosque is...

Goldman to Stop Working With Most SPACs Over Threat...

California mom arrested after telling kid to get a...

What will the Scotland match mean to Ukrainians?

Odd Lots Newsletter: The Hot Inflation Data May Not...

Ex-rebel sworn in as Colombia’s president in historic shift

Oil Majors May Be Stuck in Russia Despite Exit...

Biden to give remarks on inflation Tuesday, contrast plan...

Jonathan Agnew presented with ECB players’ badge by the...

I’m Not a Biologist

Ukraine crisis: What’s at stake for the UK?

Couple Claims They Were Removed From Flight Because of...

He gave us the GIF: Stephen Wilhite has died...

What will Jacob Rees-Mogg do in his new job?

Sanders says he may back Manchin, Sinema primary challengers

Percy Jackson and the Olympians series completes casting of...

Pelosi invites Biden for March 1 State of the...

Pope on Lebanon blast anniversary: Truth can never be...

Employees are facing more online surveillance than ever