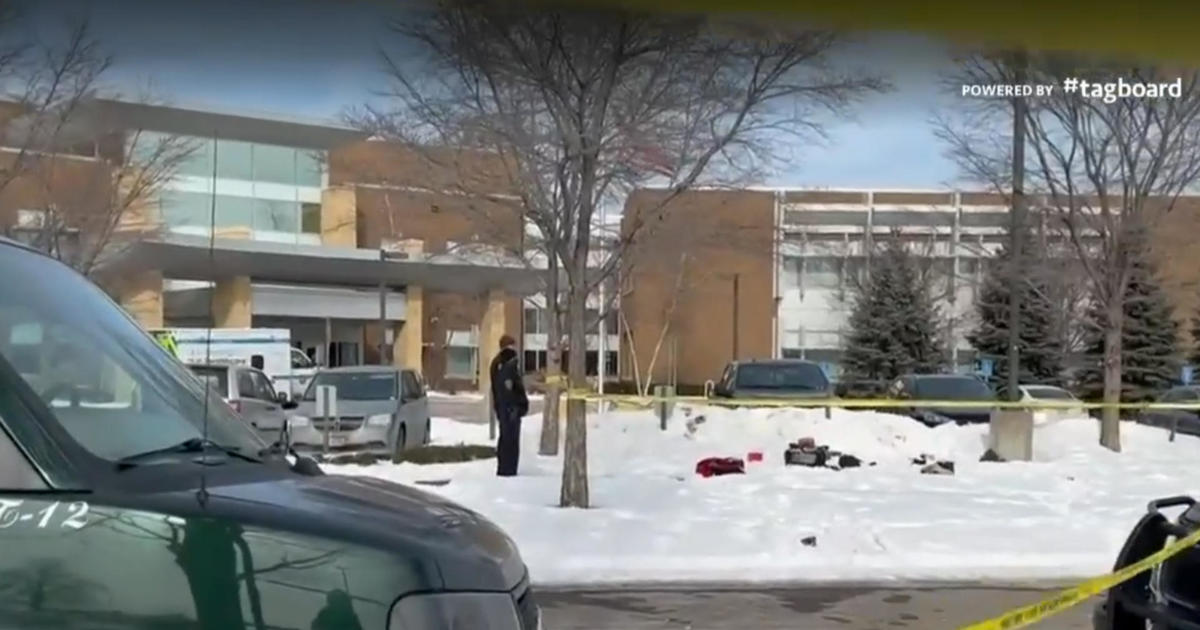 A student has died and another was injured in a shooting outside of a school in Richfield, Minnesota, police said. The suspects fled the scene, and authorities are still looking for them.

Police responded to South Education Center Tuesday afternoon and found the two students on the sidewalk. They were taken to a local hospital, where one student died of his injuries. The other remains in critical condition, Richfield Police Chief Jay Henthorne said Tuesday at a press conference.

“This is a tragic day in the city of Richfield,” Henthorne said.

The school was placed on lockdown, as were nearby schools. Authorities did a sweep of the school and the surrounding area and determined there was no threat, the police chief said.

Superintendent Sandra Lewandowski said the building is currently being evacuated, and parents are en route to pick their children up from a reunification center.

Local and state officials are actively investigating the incident.

This is a developing story. Check back for updates.

Ember’s upcoming Travel Mug 2+ can be tracked in...

All the New Features Coming to Your Mac This...

Who is Jeff Zients, Biden’s new chief of staff

Intel’s Arc Alchemist GPUs are optimized for everything but...

Protests erupt across US after Supreme Court reverses Roe...

iPhone 14 delay fears have Apple pulling out all...

Got a new rash? Monkeypox or something else?

Roland’s AeroCaster VRC-01 is a wireless video mixer for...

Ranking the QBs the Titans will face in 2022

Gen Z are apparently worse at file organization than...

Edda wants to be the Bloomberg Terminal for private...

Stamps, seals and cereal boxes: What changes now that...

USDA toughens up regulation of organic products for first...

Bol Bol looked like he was playing a totally...

Why a Rwandan sports reporter fled his home

Facebook makes it easier to earn money from Reels...

Calls to suspend gas taxes across U.S. grow as...

Seahawks may be for real; Buccaneers’ offense is broken;...

The Morning After: Netflix with ads launches on November...

Man charged with new woman’s killing on streets of...

Germany Takes Aim at Cost of Living Crisis in...

The Tesla struggle is so real that the company...

Uvalde students’ reported 911 calls should have prompted a...

Prince William says “it will be some time before...

The real squid game: The U.S. Coast Guard is...

What Happened To Jeremy Renner? Everything We Know So...

Judge to hear requests to reset trial for 2...

World Waits for a Grain Deal Putin Will Honor

Denver Broncos Announce They Are Officially on the Market