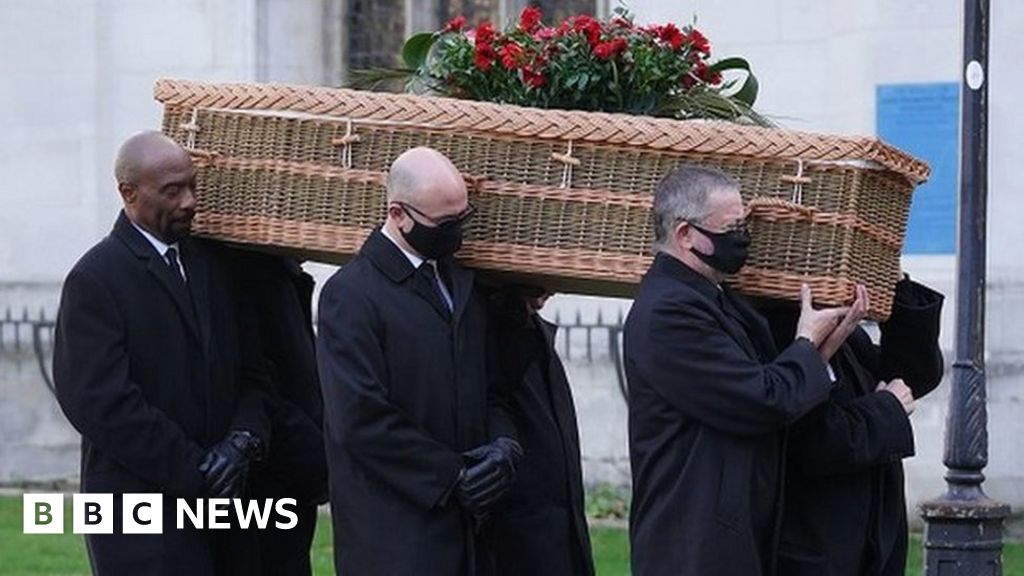 A funeral has been held for Labour MP Jack Dromey.

The 73-year-old shadow minister and member for Erdington died suddenly in his Birmingham constituency flat on 7 January.

Hundreds of mourners, including politicians from across the political divide, attended the service at St Margaret’s Church in Westminster.

Mr Dromey, who had held his seat since 2010, is survived by his wife, fellow Labour MP Harriet Harman, and his three children.

Former prime minister Sir Tony Blair and current Labour leader Sir Keir Starmer were also among those who attended the service on Monday.

“From the start, Jack had a bigger mission, born of the intensity of his idealism and the courage of his convictions,” he said.

Image caption, MPs from across the political spectrum attended the service

Jess Phillips, Labour MP for Birmingham Yardley, described the service as “brilliant and funny and beautiful and a testimony to Jack”.

Born in London in 1948, Mr Dromey made his name in politics through the union movement, as a leading figure in the Transport and General Workers’ Union, which later became Unite.

A minute’s silence was observed in the House of Commons on 10 January to remember him, with Speaker Sir Lindsay Hoyle leading MPs in paying tribute.

People across Birmingham have been paying tribute to Mr Dromey, with Perry Barr’s Labour MP Khalid Mahmood describing him as a “man of the people”., with a gathering held in his constituency for people to pay their respects.

Image caption, Jack Dromey married Harriet Harman in 1982 and had three children, including their son Harry What is Ramsay Hunt syndrome, the virus attacking Justin...

Harry Styles Is Moody As Ever In My Policeman...

Robert Page: Wales to sign up manager ‘in forthcoming...

Google Wallet Is Back, for Some Reason

EU signs US gas deal to curb reliance on...

U.S. officials to meet with government of Russian ally...

Adams defends ties to close friend with checkered past

The Rockford Peaches return in the new A League...

Canada advances to World Cup for first time in...

Keeping up with Marty Walsh

India Boosts Subsidies on Potash and Phosphates to Aid Farmers

Why We’re Still Obsessed With Watergate

Windows 11 Pro will soon force you to make...

Freya the 600-kg walrus causes a stir in Norway

Your GPU could be used to track you online
Cheney, Kinzinger call out Trump over Pence comments