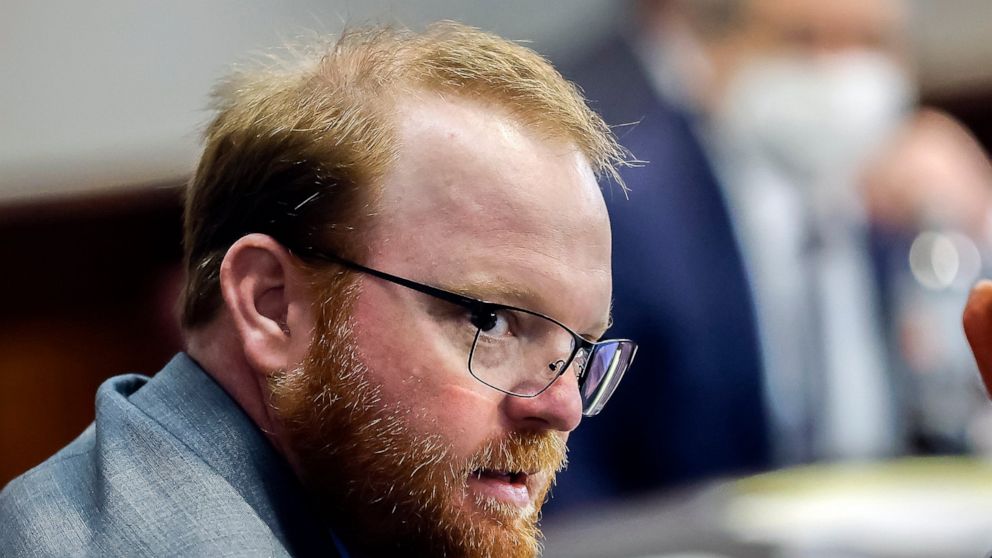 SAVANNAH, Ga. — The father and son convicted of murdering Ahmaud Arbery have reached a plea agreement that could avoid their trial on federal hate crime charges. Arbery’s parents denounced the deal as a betrayal, and called on the judge to reject it.

Court documents filed late Sunday by prosecutors for the U.S. Justice Department say plea agreements were reached with Travis and Greg McMichael. There was no mention of a deal with the third defendant in the case, William Roddie Bryan.

No details were disclosed about the plea deals, which would require the approval of U.S. District Court Judge Lisa Godbey Wood. She had previously scheduled a hearing Monday morning to address any remaining pretrial issues. It was unclear if that hearing would go forward. She had scheduled jury selection to begin Feb. 7.

Lee Merritt, an attorney for Arbery’s mother Wanda Cooper-Jones, said Monday that the deal would allow the McMichaels to serve their time in federal custody, avoiding the harsher conditions in Georgia prisons.

Wanda Cooper Jones kept her promise to Ahmaud Arbery to get her son justice. Today the DOJ is attempting to snatch defeat from the jaws of victory. We will not allow it, Merritt tweeted.

The McMichaels and Bryan were indicted on federal charges that they violated 25-year-old Arbery’s civil rights because he was Black when they chased him through their neighborhood in coastal Georgia on Feb. 23, 2020. The McMichaels armed themselves with guns and pursued Arbery in one pickup truck while Bryan joined the chase in another and recorded video of Travis McMichael blasting Arbery with a shotgun.

A national outcry erupted over Arbery’s death when the graphic video leaked online two months after the shooting.

All three men were sentenced to life in prison on Jan. 7 after being convicted of state murder charges last fall in Glynn County Superior Court.

During the state trial, defense attorneys argued the men had legal authority to chase Arbery because they reasonably suspected he had been committing crimes in their neighborhood. Travis McMichael testified he opened fire only after Arbery attacked him with fists and tried to grab his shotgun.

For the federal trial, the judge ordered that the jury pool be chosen from throughout the federal court system’s Southern District of Georgia, which covers 43 counties, to improve odds of seating a fair and unbiased jury.

What a N.Y. election tells us about N.J.

DoorDash sees record orders in Q2 as it combines...

After Mar-a-Lago search, users on pro-Trump forums agitate for...

Americans weigh in: Which Democrat should run for presidency...

Ruben Dias: Manchester City defender out for ‘four to...

ATP Cup: Stefanos Tsitsipas withdraws from singles because of...

CDC director weighs in on whether pandemic is over

Florida’s anti-CRT law is choice between ‘discomfort or death’,...

U.S. Senate bill could be death blow for Biden...

Ex-Johnson aide says sorry for party on eve of...

Man plummets to his death after falling from mountain...

What to know about Transnistria, the Russian-backed territory that...

Rapper A$AP Rocky charged with felony assault with a...

Behind Biden’s decision to not name names over the...