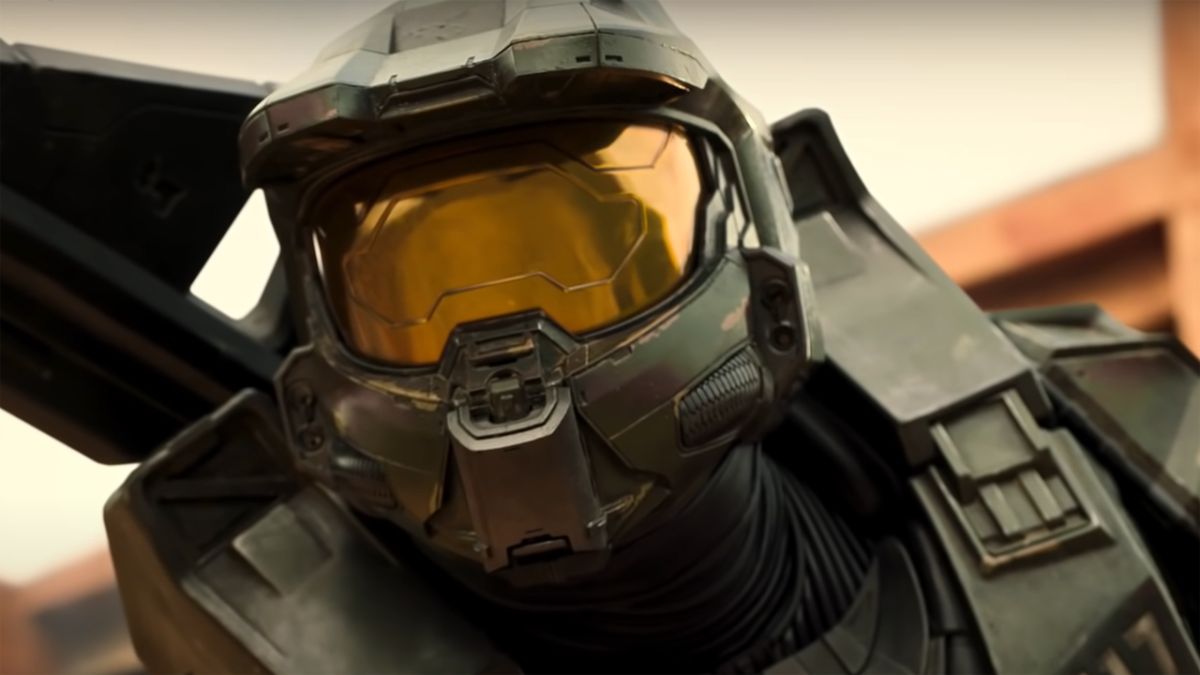 The Halo Silver Timeline isn’t officially canon within the Halo universe – but it will co-exist alongside, and potentially add to, the franchise’s main timeline.

That’s according to Frank O’Connor, Halo’s Franchise Development Director, who has attempted to clarify how the upcoming Halo TV show fits into the series’ established lore.

O’Connor, who also serves as an executive producer Paramount Plus’s TV adaptation of the beloved FPS series, was interviewed by the Halo Waypoint team to explain how the TV show’s narrative fits into the wider Halo universe.

Asked if he could simplify where the Silver Timelines fits into the history of the franchise, O’Connor begun by stating that the Halo TV series is built on series’ “core canon”.

What is the Silver Timeline of #HaloTheSeries, and how does it fall into the greater canon? Find out in this discussion with @Halo’s Head of Transmedia, @k_wolfkill, and Franchise Creative Director, @franklez. ? https://t.co/dAkJ2wO9TfJanuary 26, 2022

“One of the first things we realized… was that there were some real dangers of mapping a totally different medium – games – to a linear narrative format, TV or movie for that matter,” he said.

“Halo’s core canon is extremely important to us and our fans, and we wanted to think of the simplest and most productive way to make sure we didn’t ‘break’ either medium by trying to force square pegs into round holes. The idea of the ‘Silver Timeline’ kept resurfacing throughout that process.

“We wanted to use the existing Halo lore, history, canon, and characters wherever they make sense for a linear narrative, but also separate the two [timelines] distinctly so that we don’t invalidate the core canon.”

So how does the Halo Silver Timeline actually fit into the extended universe? O’Connor stressed that the TV adaptation won’t retcon any of Halo’s pre-existing history, instead suggesting that it’ll live alongside the main timeline already established in the games and novels.

Honestly the best approach! Reminds me of watching The Expanse after reading the books. A lot will be familiar, but there are still surprises. Hope this show will be as amazing as that one.January 26, 2022

“To be clear: these will be two parallel, very similar, but ultimately separate timelines whose main events and characters will intersect and align throughout their very different cadences,” he revealed. “The TV show timeline – the ‘Silver Timeline’ – is grounded in the universe, characters and events of what’s been established in core canon.

“But [they] will differ in subtle and not so subtle ways in order to tell a grounded, human story, set in the profoundly established Halo universe. Where differences and branches arise, they will do so in ways that make sense for the show, meaning that while many events, origins, character arcs, and outcomes will map to the Halo story fans know, there will be surprises, differences, and twists that will run parallel, but not identically to core canon.”

In other Halo TV series related news, we recently learned when the show’s official trailer will be released. And check out why we think Halo’s TV adaptation takes its cues from Star Wars series The Mandalorian, as well as how we think it’ll build on John-117’s backstory.

As with any movie or TV adaptation, diehard Halo fans were (and still are) naturally apprehensive about the prospect of a Halo TV series. This is an iconic and beloved gaming franchise, after all, so why would anyone want to tarnish its reputation and potentially retcon its canon with a TV adaptation?

Based on O’Connor’s comments, though, fans should be resting a little easier now.

Yes, Paramount’s Halo TV show will take plenty of cues from the games and novels, and it’s likely to retell key events in the Halo universe, albeit with a unique television-based spin.

Given that O’Connor has confirmed there could be crossovers between the Silver Timeline and core canon – “Absolutely – and ideally both ways… story differences create great opportunities to make new things that could potentially feature in future games” – some fans may still have reservations about how the TV show will impact the already established Halo universe.

But the key takeaway here is that the Halo TV show will exist on its own timeline. As such, it’s unlikely to have any major impacts on the overarching narrative that’s come before in the games and books. Think of other recent TV adaptations, such as The Expanse on Prime Video or Netflix’s The Umbrella Academy, and you’ll catch our drift.

If anything, we suspect that the TV series will expand on key story material where some puzzle pieces have been missing. And it may introduce newcomers to the wider Halo universe, too, and entice them to play the games or read the books, which developer 343 Industries and various Halo authors will only see as a good thing.

So is Halo on Paramount Plus actually canon? No. Sure, O’Connor’s long-winded answers – the whole interview is well worth a read if you require further clarity – leave things open to interpretation in some instances. But, for the most part, the Halo TV show is a separate entity to what’s come before, and that should make hardcore Halo fans breathe a sigh of relief. US grapples with whether to modify COVID vaccine for...

Jerome Powell: US stock markets down after interest rate...

Woman, 90, seriously hurt after being hit by car...

Historian delves into the early days of African American...

Soccer German vice chancellor: ‘Opportunity is there’ to wear...

These were the most popular browser extensions during the...

Get ready to connect with speed networking at TC...

EA is rethinking Battlefield 2042 ‘from the ground up’

Biden confronts a host of problems he can’t do...

How to handle activist investors

Texas coach Chris Beard has big dreams for the...

Your Sunday Briefing: From Inflation and the NFL to...

Wild cheetahs to prowl in India for first time...

Morning Bid: Positioning for pivot made in China –...

A ‘Grand’ Opening at The Villas at Disney’s Grand...

Max Scherzer bizarrely circled the grounds crew on the...

Andy Murray ‘grateful’ to be reunited with Ivan Lendl...

Domestika raises $110M on a $1.3B valuation to expand its learning community...
Apple will reportedly allow iPhones to accept contactless payments